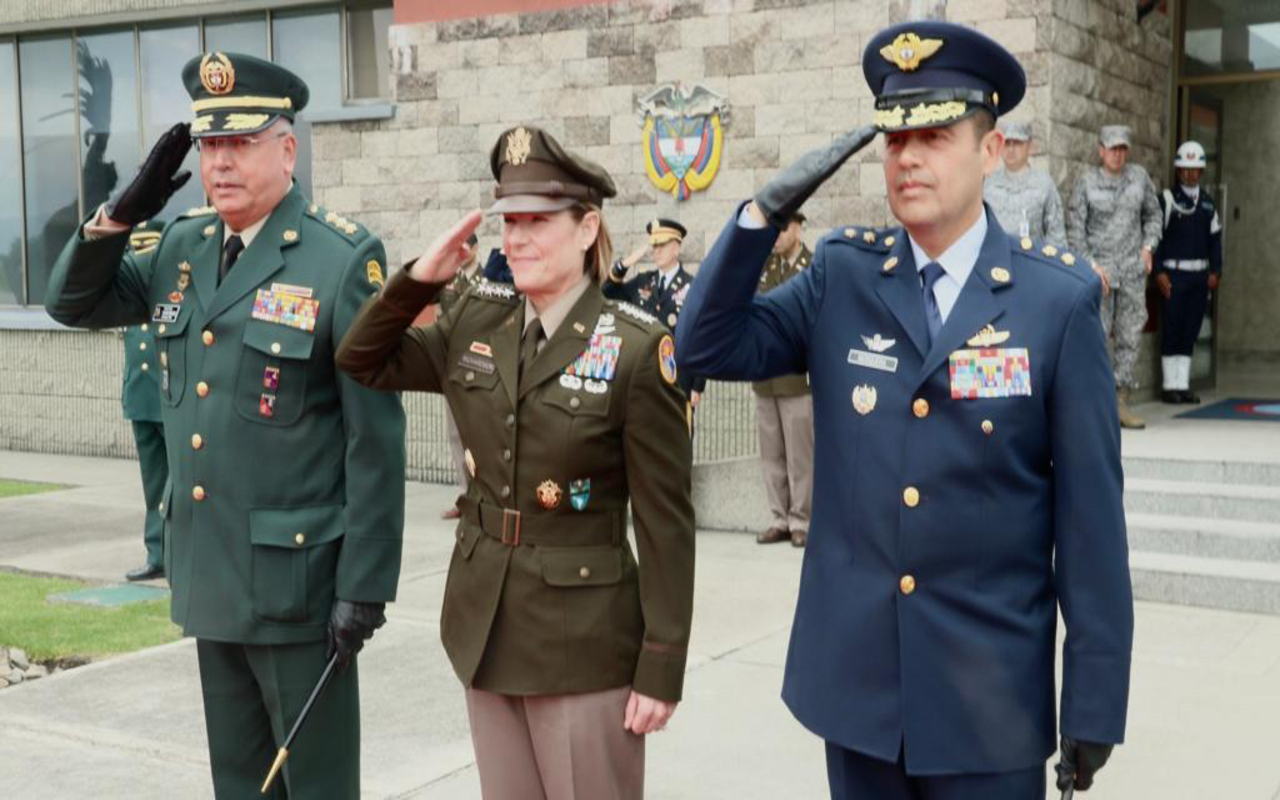 This visit confirms the bilateral cooperation ties and consolidates the strategic relationship. Twitter of @FuerzasMilCol.

Richardson's agenda includes a meeting with Iván Velásquez, Minister of Defense, as well as a visit to strategic units such as the Omega Joint Task Force, which operates in the southwest of the country.

In addition, "he will learn first hand about the progress made in environmental matters with the implementation of Operation Artemis, as well as issues of historical memory and a lecture to the officers of the Escuela Superior de Guerra", added the information from the Colombian Armed Forces.

With the arrival of Gustavo Petro's Administration, they anticipated that they will put an end to the militarization of the fight against deforestation, this Operation Artemisa, which was created by the government of former President Iván Duque.

It focuses efforts "on protecting the environment, reforesting forests and contributing to the substitution of illicit crops, thus safeguarding one of the country's most important strategic assets, its biodiversity".

This would be Richardson's second visit to Colombia in less than a year; in November 2021 she was present to consolidate the strategic relationship between both countries.

The U.S. general is responsible for U.S. defense and security cooperation with partner countries in Latin America and the Caribbean, as well as U.S. military operations in the region.