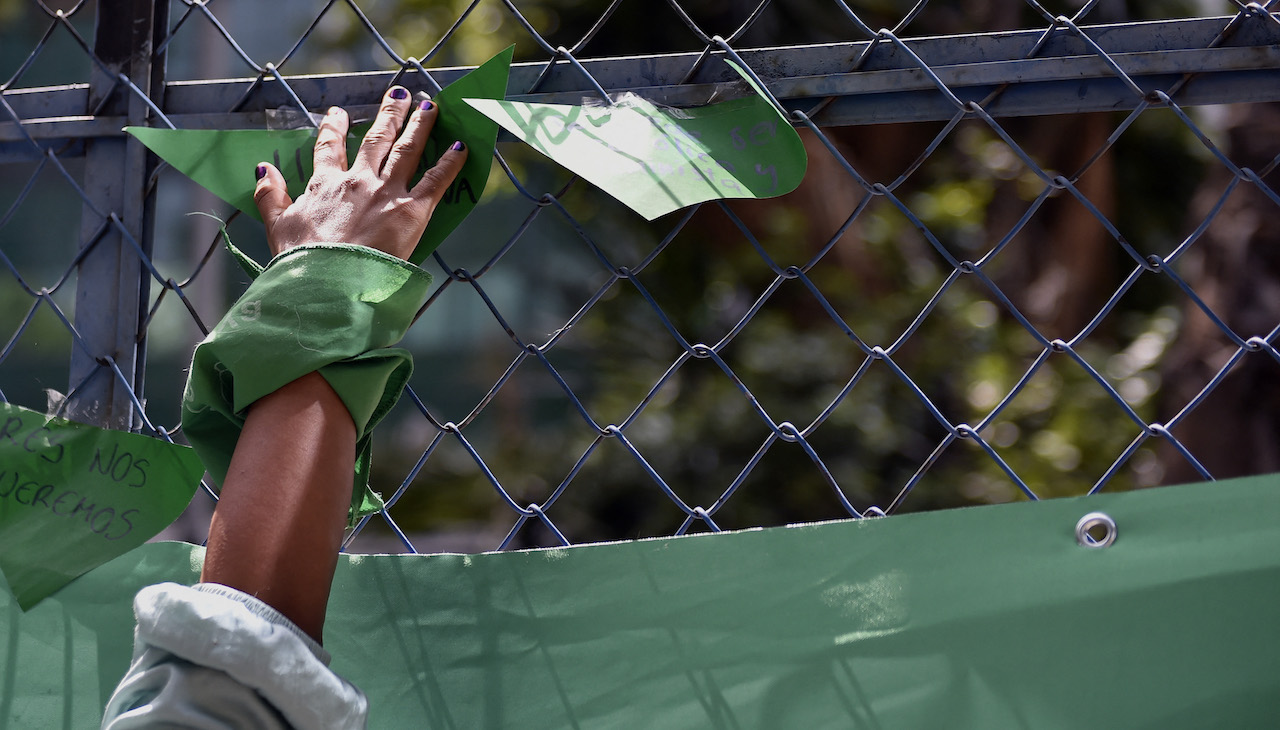 A network of Mexican activist groups are sending abortion medication over to U.S. women

In post Roe v. Wade America, a network of Mexican groups are increasing their efforts to help women in the U.S. seeking the now illegal procedure in some states

As abortion restrictions begin to take shape around the country post the landmark overturn of Roe v. Wade, American women are still seeking the procedures, but with a lot of help from their neighbors to the South. It is not just medication, but also accompanying and providing safe spaces for women to end their pregnancies, such as apartments and other hubs.

A network of different Mexican feminist collectives coupled with help from Americans on this side of the border are boosting efforts to send abortion medication over to America. A system that has been in place for some years now, is now seeing increased demand as they prepare for the busiest they have ever been with the outlaw of access to medication and the procedure itself in many states across the country.

In just the first half of this year, the organizations say they have already helped at least 1,700 American women seeking help, a higher number than they are accustomed to seeing.

With states already initiating bans, the number is expected to increase significantly. Sandra Cardona of the “I Need An Abortion,” group based in Monterrey, Mexico, said, “The demand is going to triple… Before, we accompanied about five women a month from the United States; now there are five to seven women a week.”

Cardona has even converted the second floor of her property to be a place for women in Mexico and America to have safe abortion procedures and for those receiving the pills in America. They can also receive virtual help while taking the medication.

Even while the abortion drugs themselves are legal in America, such as the abortion-inducing misoprostol and mifepristoneas, a prescription from a doctor is required and some states require the physical presence of a doctor. However, they are usually prescribed in women’s health clinics, all of which have been forced to close up shop as a result of the ruling of the Supreme Court in some states.

According to the reproductive rights group the Guttmacher Institute, not only are the medications legal, but more than half of abortions done in the U.S. in 2020 used them.

Thirteen states currently have laws banning abortions, and another six have complete bans on abortions occuring after six weeks, when women normally do not know they are pregnant.

The form of transport for these medications is via traditional border crossing, but now they are starting to introduce methods usually used by drug traffickers, including putting the medication inside toys, jars of medicine/vitamins, as well as being able to sew it into the hems of the clothing. Flying it across the border in a plane has also been a method of delivery.

The medication, once in America, is taken to “medicine banks” in private homes in Texas and New York. From there, it is then distributed to the women seeking the procedure by way of volunteers using the mail or even hand delivering it to those who need it. While this happens more for women in states where it is illegal, many in states where it is still legal want to do it in the privacy of their homes.

The underground network is composed of more than 30 different organizations across Mexico and on average, over 100 doses are being crossed over the border every day just in the time since the end of Roe v. Wade in June.

Most of the women seeking help from the collectives in Monterrey have been Latina and Black and according to Veronica Cruz, the director of Las Libres, whose also suggested that a big underlying issue is undocumented women who do not have the access to the internet and as a result are unable to find such assistance from groups like Las Libres.

Despite the legality of abortion in Mexico and medical tourism in neighboring countries being a common practice, the actual transport of medication into the U.S. can be illegal according to IPAS, a reproductive rights organization. But the laws aimed at abortion or medication providers, are really more for the person providing the service than the abortee.

María Antonieta Alcalde, the director for Central America and Mexico at IPAS said: “Women shouldn’t have to go through being in the limits of legality and being afraid of being prosecuted to have access to an essential health care service… But I also think this talks about the solidarity and commitment of women and the feminist movement.”