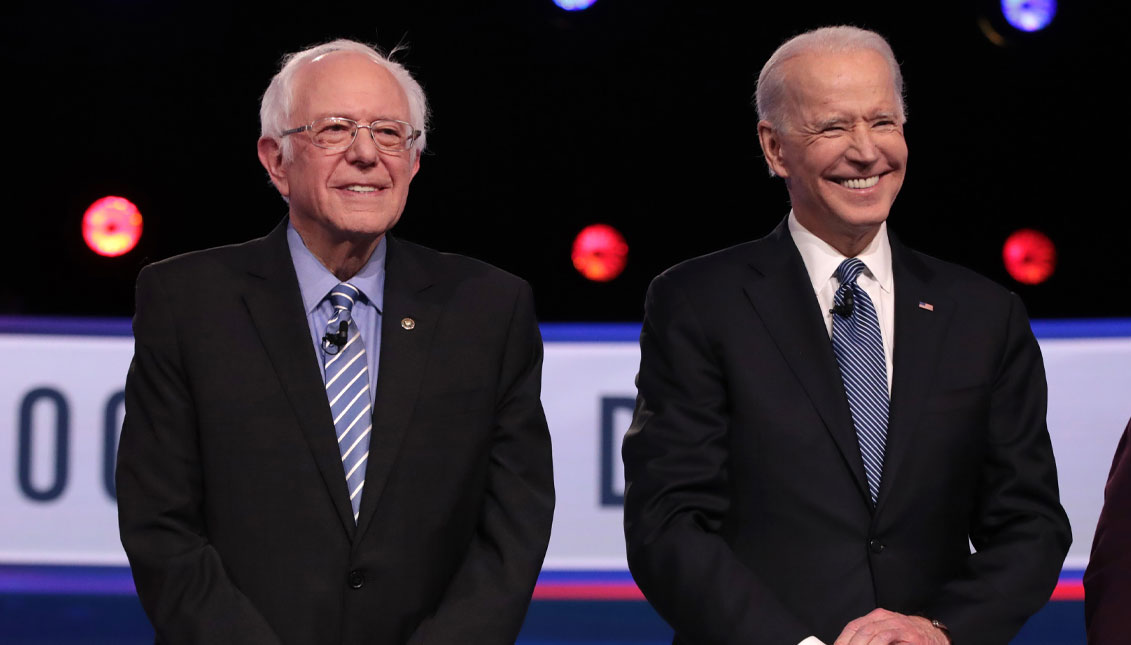 Those who were opponents during the Democratic primaries have now found common cause in the restructuring of the system.

Donald Trump's presidency has made many impossible things happen –for better or worse.

Such is the panic among Democrats at the thought of four more years of this Administration, that antagonistic figures such as former Vice President Joe Biden and independent Senator Bernie Sanders have found fertile ground for their ideas.

As Vox explained, both politicians have organized efforts to create joint working groups "that will have a direct role in shaping Democratic policy and the party's agenda in 2020 and beyond."

The initiative appears to take key parts of progressive ideas such as Medicare for All and the Green New Deal and aims to adapt them into a road map for the party over the next several years.

According to Sanders' former campaign director, Faiz Shakir, the Biden campaign has been "very willing and open" to working with progressive ideas, he told Vox, especially to solidify its campaign proposal that has not been "as developed" as that of other former Democratic nominees.

"From health care to reforming our justice system to rebuilding a more inclusive and fair economy, the work of the task forces will be essential to identifying ways to build on our progress and not simply turn the clock back to a time before Donald Trump, but transform our country," Biden said in a statement.

In the same statement, Sanders echoed his sentiments during the campaign, urging the party to think "big, act boldly and fight to change the direction of our country."

"I commend Joe Biden for working together with my campaign to assemble a group of leading thinkers and activists who can and will unify our party in a transformational and progressive direction," Sanders said.

The announcement of the task forces last Wednesday revealed that Representative Alexandria Ocasio-Cortez and former Secretary of State John Kerry would chair the climate change group.

Leading the economics task force is Sara Nelson, president of the Flight Attendant Association, and Rep. Karen Bass, D-Calif. Bass is president of the Congressional Black Caucus and endorsed Biden in early March.

Heather Gautney and Rep. Marcia Fudge, D-Ohio, will co-chair the education group. Fudge is a member of the House Education and Labor Committee and is a member of the Congressional Progressive Caucus. Gautney was a political adviser to Sanders' presidential campaign.