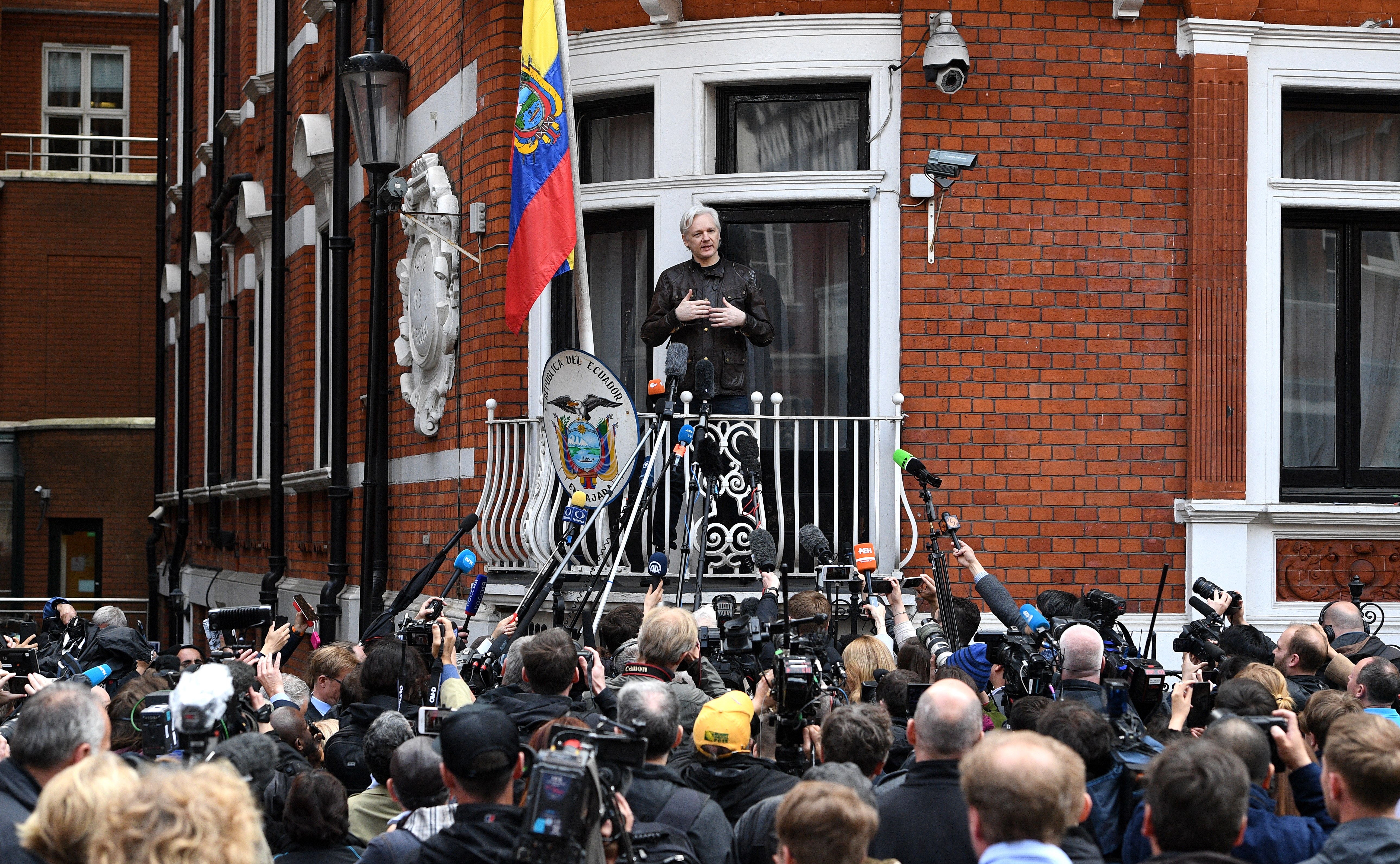 Australian activist Julian Assange speaks to the media from the balcony of the Ecuadorian Embassy in London, Britain, May 19, 2017.

The United Kingdom"s government on Thursday turned down a request by Ecuador to grant diplomatic status to the founder of the pro-transparency group WikiLeaks,…

The United Kingdom's government on Thursday turned down a request by Ecuador to grant diplomatic status to the founder of the pro-transparency group WikiLeaks, a Foreign and Commonwealth Office spokesperson in London told EFE.

WikiLeaks' Australian founder, Julian Assange, 46, was granted asylum by Ecuador in Aug. 2012 and has remained sheltered in the Ecuadorian embassy in London to avoid arrest ever since.

"The Government of Ecuador recently requested diplomatic status for Mr Assange here in the UK," the FCO spokesperson explained. "The UK did not grant that request, nor are we in talks with Ecuador on this matter."

Assange rose to international attention in 2010 after WikiLeaks published leaked military information provided by former United States Army soldier Chelsea Manning, which prompted the US government to launch a criminal investigation into the publisher.

In Nov. 2010, Sweden requested Assange’s extradition over allegations of sexual assault and rape, which Assange strenuously denied. He also expressed concern he would be extradited from Sweden to the US because of his role in the Manning leaks.

Assange surrendered himself to UK police on Dec. 7, 2010 and was held in custody for 10 days before being released on bail. When he was unable to challenge the extradition proceedings, he breached bail and in Aug. 2012 was granted asylum by Ecuador.

Last May, Sweden withdrew its extradition request, but the London Metropolitan Police said his arrest warrant remained in force as Assange had failed to surrender after breaking bail conditions.

Assange is free to abandon the embassy, but he has said he fears UK police will arrest him and extradite him to the US.

"Ecuador knows that the way to resolve this issue is for Julian Assange to leave the embassy to face justice," the FCO spokesperson said.

On Wednesday, Assange tweeted a picture of himself wearing the Ecuadorian national soccer team's official jersey.

Should the UK finally concede him diplomatic status, he would be able to leave the embassy without risking being arrested on the spot.

Earlier in the week, Ecuadorian Foreign Minister María Fernanda Espinosa said her government was seeking the aid of a third party or country to resolve the current impasse.