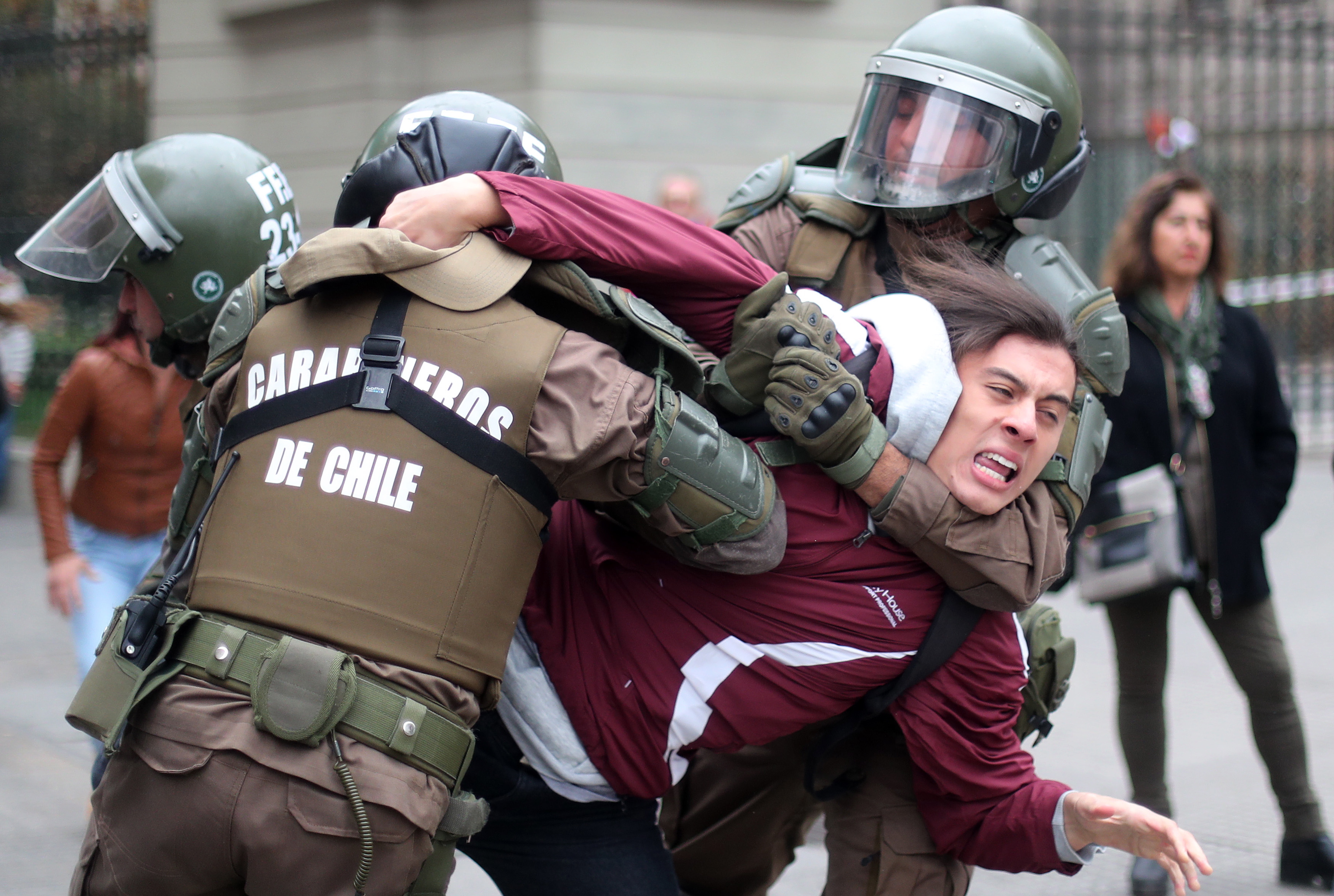 A young man is arrested by the police during a protest against gender violence in Santiago, Chile, May 16, 2018. EPA-EFE/MARIO RUIZ

Demonstrators in Chile were demanding "a comprehensive law to tackle gender violence that includes domestic violence, abuse and sexual harassment."

Several thousand people gathered Wednesday in Santiago and in other Chilean cities to demonstrate against gender violence and call for a non-sexist education.

The demonstration took place a week after dozens of female students organized an occupation of several universities to denounce professors' sexist behavior as well as sexual abuse carried out by both students and instructors.

The demonstration in the capital was organized by the Confederation of Chilean Students, whose spokesperson Amanda Mitrovich told reporters that they were demanding "a comprehensive law to tackle gender violence that includes domestic violence, abuse and sexual harassment."

Amanda Opazo, spokesperson of the National Confederation of Secondary School Students, which also joined the demonstrations, denounced that the Ministry of Education has been indifferent to their demands.

Some incidents took place at the end of the march, when protestors tried to veer off from the pre-authorized march route and when several hooded demonstrators started throwing rocks, sticks and bottles at the police, who responded with a water cannon and tear gas.