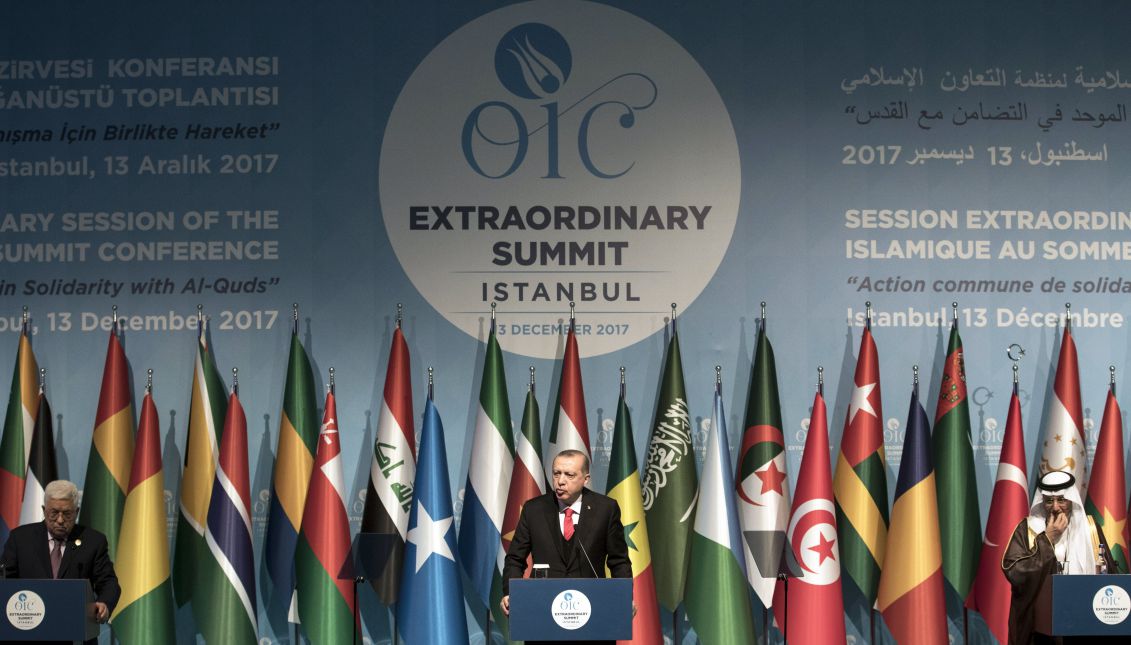 Leaders of Muslim nations declared East Jerusalem the Palestinian capital at a summit meeting in Istanbul, producing the strongest response yet to President…

The nations of the Organization for Islamic Cooperation (OIC) agreed here Wednesday to recognize East Jerusalem as the capital of Palestine and urged the rest of the world to follow suit in response to Washington's decision to declare the Holy City to be Israel's capital.

"We the Kings and Heads of States and Governments of Member States of the Organization for Islamic Cooperation ... reject and condemn in the strongest words the unilateral decision of the President of the United States of America recognizing Al-Quds (Jerusalem) as the so-called capital of Israel, the occupying power," reads the declaration drafted in Istanbul.

The OIC, formed in 1969 by 57 Muslim-majority nations, has included Palestine as a full member from the start.

OIC member-nations described US President Donald Trump's Dec. 6 announcement as "null and void legally," calling it an attack on the rights of the Palestinian people and deliberate sabotage of efforts toward peace.

In addition, the text said that the US position gives impetus to extremists and undermines international peace and security.

The final declaration will call on OIC member-states to impose political and economic restrictions on states, senior officials, parliaments, companies and individuals that recognize the Israeli annexation of Jerusalem or collaborate with measures that try to perpetuate Israel's colonization of the occupied Palestinian territories.

The statement holds "the US Administration liable for all consequences of not retracting this illegal decision," which the OIC considers a "withdrawal by the US government from its role as sponsor of peace."

All OIC members are likewise urged to increase diplomatic and financial economic support for Palestine and its inhabitants.

Convened by Turkish President Recep Tayyip Erdogan, the Istanbul summit brought together 22 heads of state, including those of Afghanistan, Palestine, Iran, Qatar, Libya and Somalia, along with diplomatic representatives of other member-states such as Egypt, Saudi Arabia, Kazakhstan and Uzbekistan.