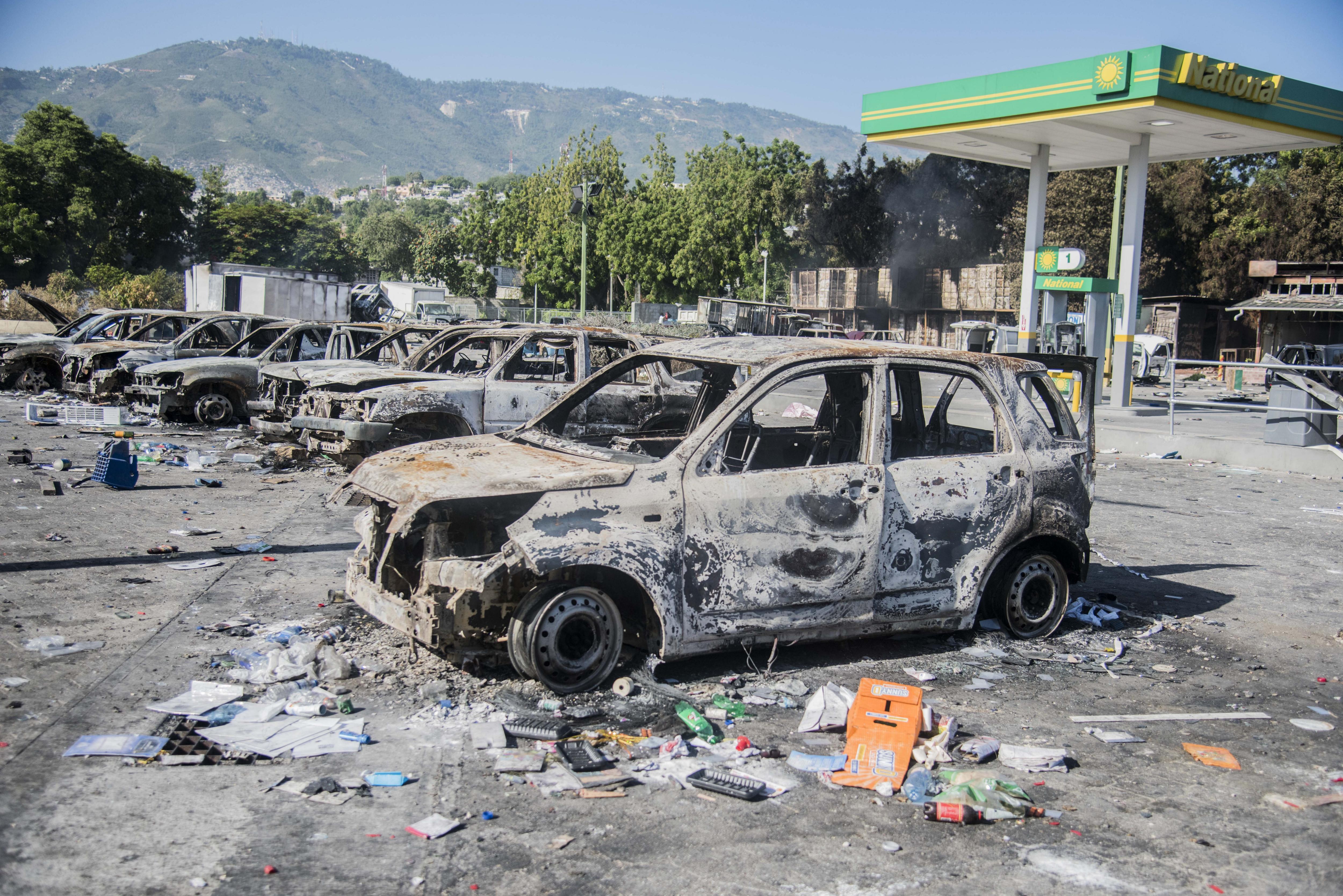 The price of kerosene, used by many in this desperately poor country to light their homes, had been set to climb by more than 50 percent.

Haiti came to a virtual standstill Monday at the start of a transport strike that followed three days of violent protests over increases in fuel prices.

Though the government suspended the hikes on Saturday, the violence continued through the weekend, leaving three people dead.

Prime Minister Jack Guy Lafontant met Monday with lawmakers to evaluate the situation in a capital that looked like a ghost town.

Many Port-au-Prince residents decided to stay home and when a group of people approached the parliament building around mid-day to demonstrate, police fired their guns into the air to disperse the activists.

The U.S., German, and Canadian embassies in the capital, among others, were closed to the public and urged their respective nationals to remain off the streets.

Amid challenges of gang violence and instability in Haiti, a record 4.7 million people are facing acute hunger
October 16th, 2022
Philly and the country joins the 2022 ‘Day Without Immigrants’
February 15th, 2022
Another earthquake hits the island of Haiti
January 25th, 2022

The trouble erupted on Friday when the government announced that fuel prices would rise - in some cases by upwards of 50 percent - to meet the fiscal requirements of the agreement Haiti signed in February with the International Monetary Fund.

But neither that announcement nor an address to the nation late Saturday night by President Jovenel Moise urging a return to calm had much impact on the level of violence.

Under the hikes intended to take effect last Saturday, Haitians would have paid 37 percent more at the pump for gasoline and an additional 40 percent for diesel.

The price of kerosene, used by many in this desperately poor country to light their homes, was set to climb by more than 50 percent.