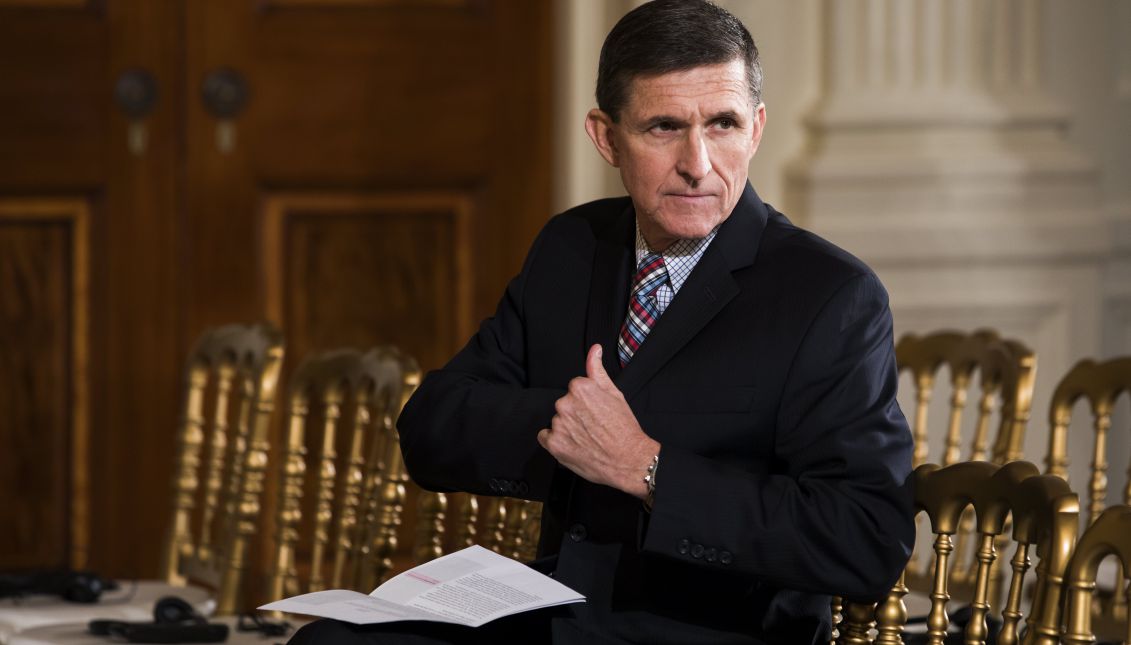 "A Story to Tell": Flynn ready to testify in exchange for immunity

Former US National Security Adviser Michael Flynn is ready to testify, in exchange for immunity, before the FBI and members of Congress investigating possible…

Michael Flynn has a story to tell. Donald Trump’s former national security adviser is ready to testify, in exchange for immunity, before the FBI and members of Congress investigating possible links between Russia and the election campaign team of President Donald Trump, The Wall Street Journal reported Thursday.

Flynn, a retired Army general whom Trump had appointed his national security adviser upon taking office on Jan. 20, resigned on Feb. 13 for misleading the White House about discussions he held with the Russian ambassador to the US.  A month and a half later, Flynn has released a statement on Thursday through his lawyer declaring that he had a story to tell – but was first seeking “assurances against unfair prosecution”.

Among the discussions in which Flynn participated, according to the Wall Street Journal, were some involving reviewing the sanctions imposed on Russia by the Barack Obama administration after the Kremlin's interference in the US election campaign.

“General Flynn certainly has a story to tell, and he very much wants to tell it, should the circumstances permit,” Flynn’s counsel, Robert Kelner, wrote in the statement.

Kelner declined to comment on the details of Flynn’s conversations with the federal and congressional officials who are conducting separate inquiries into Russian interference in the US election. But he noted Flynn was “the target of unsubstantiated public demands by Members of Congress and other political critics that he be criminally investigated," as reported in The Guardian.

“No reasonable person, who has the benefit of advice from counsel, would submit to questioning in such a highly politicized, witch hunt environment without assurances against unfair prosecution.”

One of the official sources told the Journal that it is not clear if Flynn had offered to testify about a specific aspect of his work with the Trump campaign, but the fact that he is seeking immunity leads one to believe that he is facing legal risks.

Doubts have emerged about an inquiry’s impartiality after it became known that two White House officials passed on intelligence reports to the Republican chairman of the House Intelligence Committee.

It is also known that Flynn received more than 60,000 dollars from three Russian companies, including the RT television network, for speeches he gave shortly before he joined Trump's campaign.

Immunity is usually sought to avoid penalty for breaking the law. Flynn agreed with the characterization while discussing the partial immunity granted to an aide to Hillary Clinton amid the federal government’s investigation of the former secretary of state’s use of a private email server at the state department, as reported in The Guardian.

Speaking to NBC’s Meet the Press in September, two months before the election, Flynn stated: “When you are given immunity, that means you have probably committed a crime.”