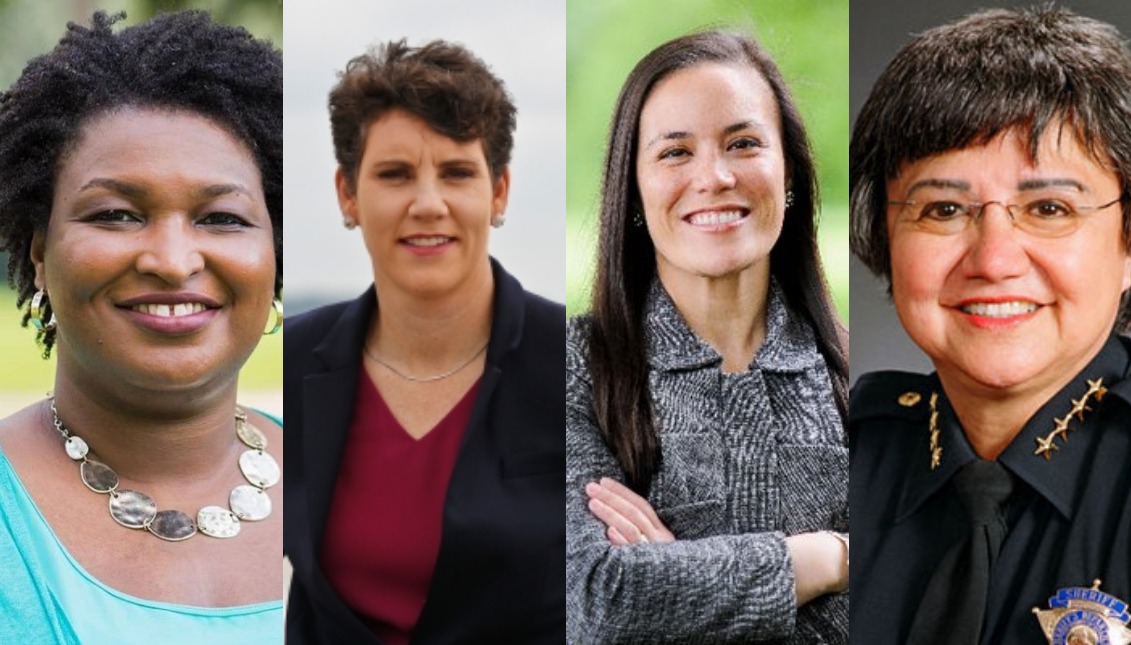 Candidates winners in the Democratic primary of the South of the United States: Stacey Abrams, Amy McGrath, Gina Ortiz Jones and Lupe Valdez

Primaries in the South: women and independents take the victory

Several southern states went to the polls last Tuesday to choose their candidates for the mid-term elections in November, in one of the toughest battles for…

At a time when US politics have stimulated the resurgence of endogenous racism, the Democratic campaign to recover the majority in Congress arrived on Tuesday at its most critical ground: the South of the United States.

Arkansas, Georgia, and Kentucky - as well as the runoffs in Texas - were the most accurate thermometer of the current state of national politics.

Tuesday's results "marked an ongoing embrace by Democratic voters of non-politicians, women, veterans and nonwhite candidates to lead the party's effort to take back control of the House and governors’ mansions this fall," the Washington Post explained.

"Ms. Evans carried a handful of counties in her native region, but Ms. Abrams remained competitive in nearly all those she lost," reported the New York Times. "And in many of the counties just below the Tennessee state line that Ms. Abrams carried, she won convincingly. Ms. Abrams performed similarly well in many of Atlanta's largely white suburbs and exurbs."

If Abrams were to win in November, she would become the first African-American governor (of any gender) in the Deep South.

An independent veteran in Kentucky

The first female marine to fly an F-18 jet, Amy McGrath, won the nomination to compete in District 6 for the position of Representative Andy Barr, despite being a neophyte politic and not having the support of the national Democrats.

As the New York Times anticipated, McGrath's victory would make her "immediately one of the most acclaimed House Democratic this year - and someone Republicans will be eager to defeat in November in order to deter her from running for statewide office."

Democrats in Texas finally chose former Dallas Sheriff Lupe Valdez as runner-up in the second round, transforming her into "the first Latina and the first openly gay candidate elected to the office by a major party in the state," explained Bloomberg.

Also, the veteran of the Air Force, Gina Ortiz Jones, defeated the educator Rick Trevino in the race for the nomination for a "competitive district that stretches from San Antonio to El Paso and includes hundreds of miles of the U.S. – Mexico", the media continues. If she wins, Ortiz Jones would become the first Filipino and openly homosexual candidate to represent Texas.