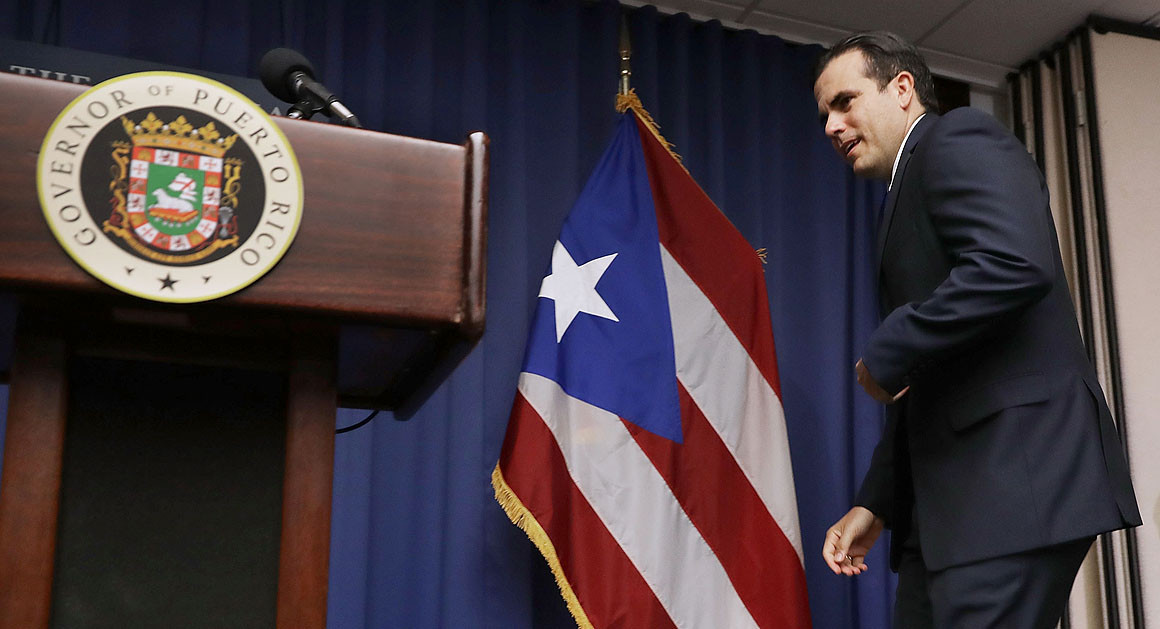 The implications raise questions of the power Puerto Rico’s citizens hold in upcoming decisions that could further change the trajectory of the territory, if any. Photo: Getty Images

The statehood push in Puerto Rico gets messy: a ‘Shadow Congress’ is elected by 4% of vote

It raises the question as to whether Puerto Rico can actually determine its future and organize politically. So far, those rights have been hijacked.

In 2019, then-governor of Puerto Rico, Ricardo Rosselló, resigned from his post after massive protests demanded it. They came as a result of the mismanagement of Rosselló’s government, an economic decline, and the former governor’s own words, leaked in a Telegram chat with members of his staff.

A million people took him down, out of a country of 3.4 million. But flash forward two years later, it only took 80,000 votes out of an electorate 2.3 million strong — that’s 4.5% of Puerto Rico’s voting population — to bring Rosselló back to a powerful lobbying committee in favor of Puerto Rico’s statehood.

The former governor was a write-in candidate, and while the final numbers are yet to be certified, his emergence as a frontrunner was clear.

Some perspective on Puerto Rico

He will join Elizabeth Torres Rodríguez, Roberto Lefranco Fortuño, and Maria Meléndez Altieri as part of the four House lobbyists. El Nuevo Día reported that Rodríguez, likely the candidate with second-most write-in votes, had been actively promoting Rosselló to be considered as a candidate.

The two Senate lobbyists are shaping up be Melinda Romero Donnelly and Zoraida Buxó Santiago.

This “shadow congress” election was pushed by the pro-statehood New Progressive Party (PNP) following last November’s non-binding plebiscite vote, where the option for statehood narrowly garnered the most votes.

The push also comes after a statehood admission bill was formally presented to Congress in March.

The arguments pushing for statehood Puerto Rico are decades old, and it has always lingered on its colonial status, which has its own people divided between statehood, self-determination, and the growing stance for independence.

The Puerto Rico Statehood Admission Act, led by Rep. Darren Soto, Rep. Ritchie Torres and others, seeks to turn Puerto Rico into the 51st U.S. state by holding a binding “yes” or “no” vote on the island.

On the flip side, the Self Determination Act headed by Reps. Nydia Velazquez and Alexandria Ocasio Cortez in the House doesn’t favor any outcome over the other, just that it should be the people of Puerto Rico making the decision for the future of their island.

The case for self-determination is not explicitly against statehood. Rather, it insists that its method of having Puerto Ricans vote for their own delegates to determine their future is more democratic rather than a simple “yes or no” vote that doesn’t outline a plan, consequences of such a plan, or who would be in charge of carrying it out.

However, this most recent election on Sunday, May 16 raises the question as to how a decision will be reached and implemented with such dismal voter turnout, as well as the political corruption currently at play. Will the whole of the people even be considered or will events play out as they did Sunday?

Unlike the previous “shadow” Congress of 2018, this time around, the lobbyists have been elected by voters. No matter how small the turnout was, it means these lobbyists will actually be sent to the Capitol to advocate for U.S. statehood.

It’s a positive step for the statehood movement, but also isn’t new.

According to a recent report by the Intercept, the pro-statehood New Progressive Party (NPP), the Republican Party, and one of Puerto Rico’s wealthiest families have hired high-profile corporate and anti-tax lobbyists to send to D.C. since 2013, and they’ve spent millions of dollars in the process.

Since 2009 three entities have paid $13.7 million for federal lobbying. One of the main groups of lobbyists they have used also represents the consulting firm that represents Puerto Rico’s debt — the “shady contractor” who’s work after Hurricane Maria led to island-wide blackouts. These lobbyists are also linked to CoreCivic, the country’s second-largest for-profit prison corporation,” Chris Gelardi writes.

These same lobbyists were hired to expand Puerto Rico’s “opportunity zones” over the years — areas where investors can avoid taxes.

This large portion of Puerto Rico’s land has been made a beacon for rich investors who see it as an income and a property tax haven, but the link also complicates things for the integrity of the push for statehood.

It's unclear how much these lobbyists will be paid, but on Sunday, Rosselló attempted to further save face since being ousted, and said he would not take a salary as a part of the newly-elected group.

He instead offered his thanks to voters for “defending democracy.”

Current Governor Pedro Pierluisi has announced he will meet with the candidates who have been declared winners of the special “shadow congress” election.

Current law in regards to what the lobbyists will do apart from advocate for statehood is also vague. Law 167-2020 doesn’t establish a framework for how the lobbyists will operate at the Capitol, or set a salary. Neither does it specify whether they need to file reports with the Government Ethics Office.

The financial link between these lobbyists, “opportunity zones” and the continued advocacy for statehood by PNP is troubling, especially when also considering the consistently low turnout over most recent major elections in Puerto Rico.

The implications raise questions of the power Puerto Rico’s citizens hold in upcoming decisions that could further change the trajectory of the territory, if any.