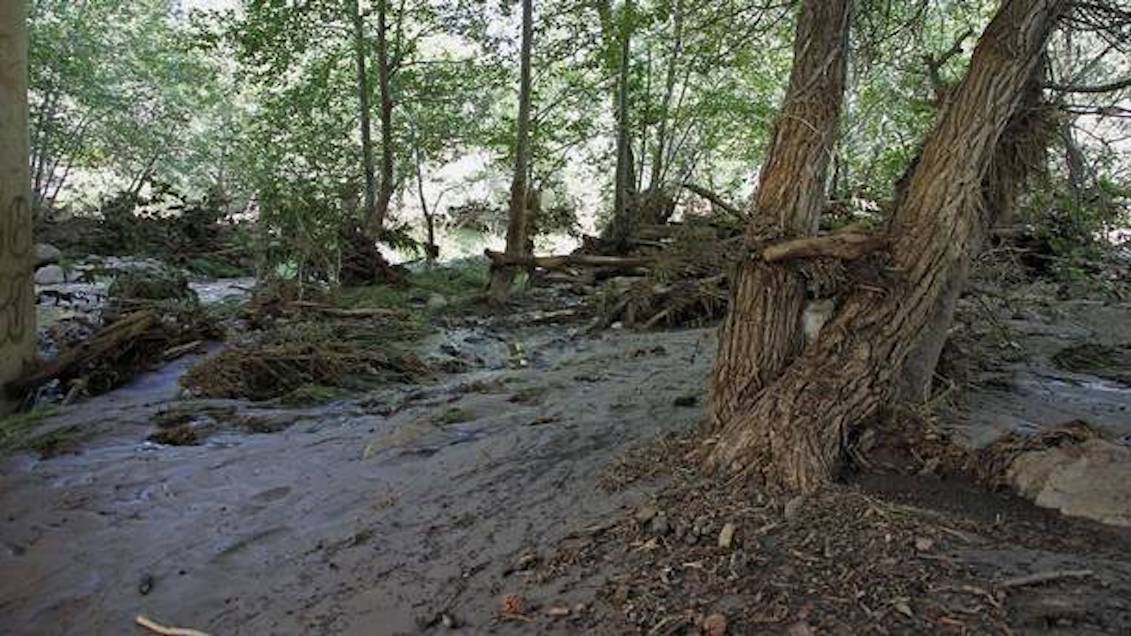 The creek under the First Crossing Bridge following a deadly flash-flooding that ripped through the Tonto National Forest, Arizona. (Alexis Bechman/Payson Roundup/AP)

The search for the missing Latinos in Arizona keeps going

About 40 police and civil protection officers, supported by a helicopter, perform the search in the vicinity of the place where this weekend recovered the bodies of five children and four adults.

The corpses appeared miles away from the natural pool called the Cold Springs Swimming Hole inside the Tonto National Forest where a group of 14 people, including family and friends, gathered on Saturday to celebrate a birthday.

The search will continue throughout the day, after it had to be suspended on Sunday night due to heavy rains in the region.

Although authorities have not officially released the names of the deceased, family members have revealed them on social networks and local media.

The victims are Maria Raya-Garcia, who would have turned 27 on Sunday and was the wife of Garnica, and her children Emily, 3, and Mia, 5, and Hector Daniel Garnica, 7.

María's mother, Selia Raya-García, 57, her brothers Javier, 19, and Maribel, 24, her daughter, Erika, 2, and another child, Jonathan Leon, 13, lost their lives. They were all from Phoenix.

According to data from Gila County, the bodies were swept away by a 40-foot-wide wave of mud and stones that was caused by mudslides from heavy rains.

Local law enforcement agencies, as well as personnel from the Forest Service, travel from Sunday to the basins of the park to look for victims. After traveling a stretch of 8 kilometers to the east of the Green River they continued towards the south.

"The bank of the Río Verde is a difficult area, it is covered with undergrowth, it is rocky, there are holes and now there is mud from the sudden flood and that is hindering the search, so there are a lot of piles of debris and the rescuers that are trying to check and make sure there's no one there," said David Horning of the Gila County Sheriff's Office.

Law enforcement officials are scheduled to conduct the search five miles further down the river, where they expect to find Garnica, Horning said.

Three of the bodies were recovered on Saturday, while six bodies were found along Sunday.

The other four people who were part of the group, four family members, a married couple and their two children, were treated at a local hospital for hypothermia and were discharged.

District Fire Marshal Ron Sattelmaier said more than a hundred people were swimming in Cold Springs on Saturday afternoon when a strong storm struck the area. Since it hardly ever rains there, the strong current brought with it the landslides that caused the tragedy.

Authorities confirmed that several tourist areas in the zone would be closed because heavy rains caused dangerous conditions for visitors.

Arizona is characterized by monsoon seasons, which officially started and is expected to culminate on September 30. These weather systems bring strong winds, torrential rains and frequent thunderstorms and sandstorms.

In Arizona, flash floods kill two to three people each year, according to the National Weather Service.