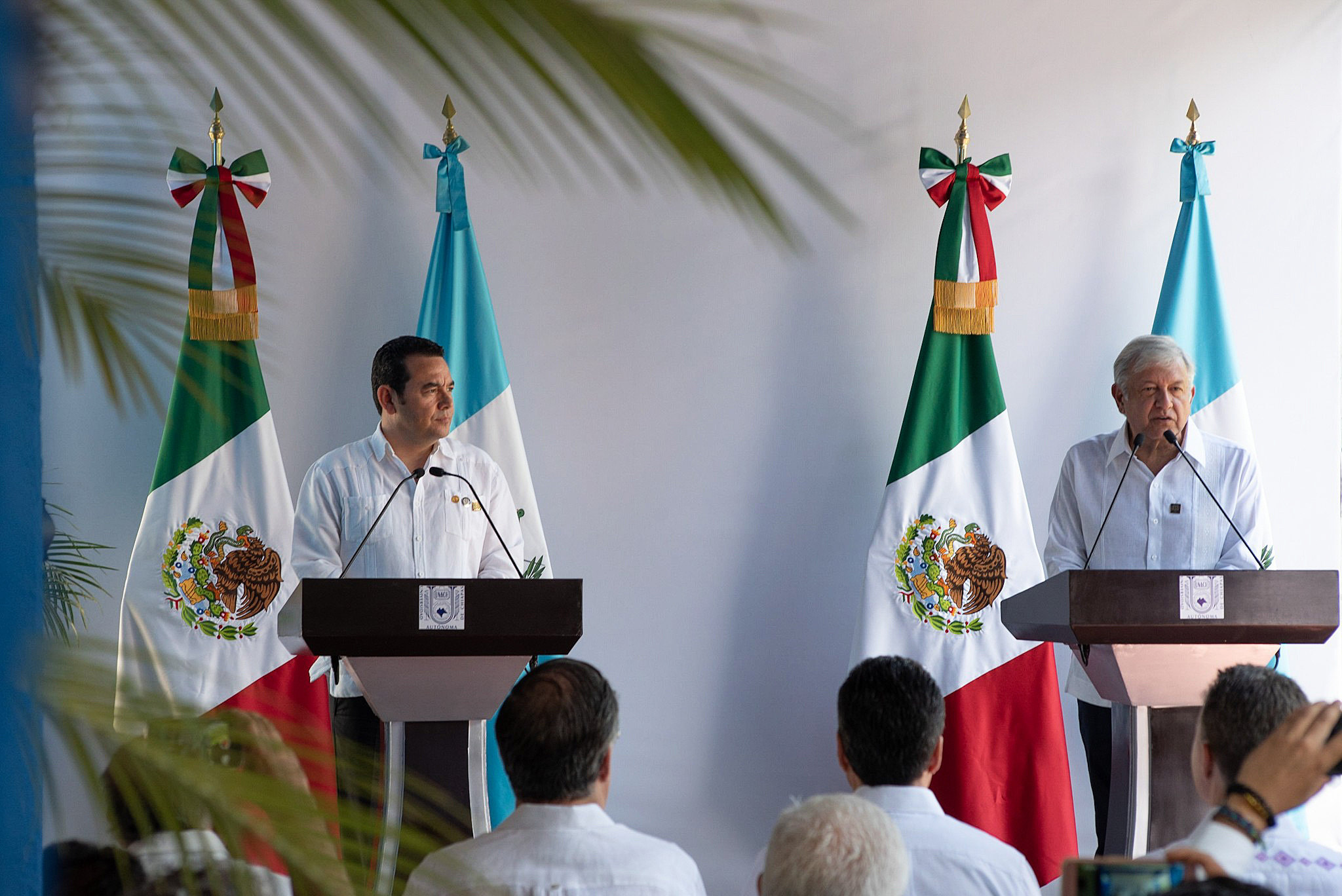 Mexican President-elect Andres Manuel Lopez Obrador and Guatemalan President Jimmy Morales on Tuesday agreed to prepare a development and cooperation program to help halt migration, looking at the problem from its basic elements and not through the "use of force."

"One musn't look at the migration phenomenon as a matter of militarization of the borders, but rather deal with it from its causes," said Lopez Obrador in a message to the media after meeting with the Guatemalan leader.

The meeting, held in the southern Mexican city of Tuxtla Gutierrez, near the border with Guatemala, is the first that the leftist leader has had with a foreign head of state since his election victory on July 1.

The two men discussed migration, security and how to continue strengthening the links between their two countries once Lopez Obrador takes office on Dec. 1.

The most significant point of agreement between them was that the foreign ministries of the two nations will "define a (comprehensive) program of development and cooperation" that deals with the migration phenomenon through the "development of (our) peoples," said Lopez Obrador, the head of the national Morena movement.

The president-elect expressed his willingness to have all the countries of North and Central American participate in the program "so that we can all contribute according to the size of our economies" and can undertake and finance development programs.

The project includes, he said, "offering better living and working conditions to (our) peoples so that (they) don't see themselves forced to emigrate" and "not to do as has been done, only by using force."

‘A veces despierto temblando’. What does it mean to live under the Guatemalan dictatorship?
May 24th, 2022
The secrets of Chile Cobanero
April 27th, 2022
How the African American Museum of Dallas seeks to change perspectives on the African experience in the Americas
April 8th, 2022

"Let migration be optional, not obligatory," he said.

Along the same lines, Morales said that one of the strategies to be pursued must be to strengthen national industry so that "it can have an economic overflow, creating jobs."

This, along with the improvement in communications, will help reduce the immigration flow of thousands of Central American migrants through Mexico each year heading for the U.S.

Regarding security, Morales insisted on "strengthening the systems of integration" to fight against "existing threats" and also strengthening commercial and fiscal activities.

Morales told Lopez Obrador about positive experiences in these areas, including the customs union among Honduras, Guatemala and El Salvador, and the Mexican leader told the Guatemalan president about communications projects that will be launched in southern Mexico, including the Maya Train to increase tourism in the Yucatan Peninsula and in Chiapas.