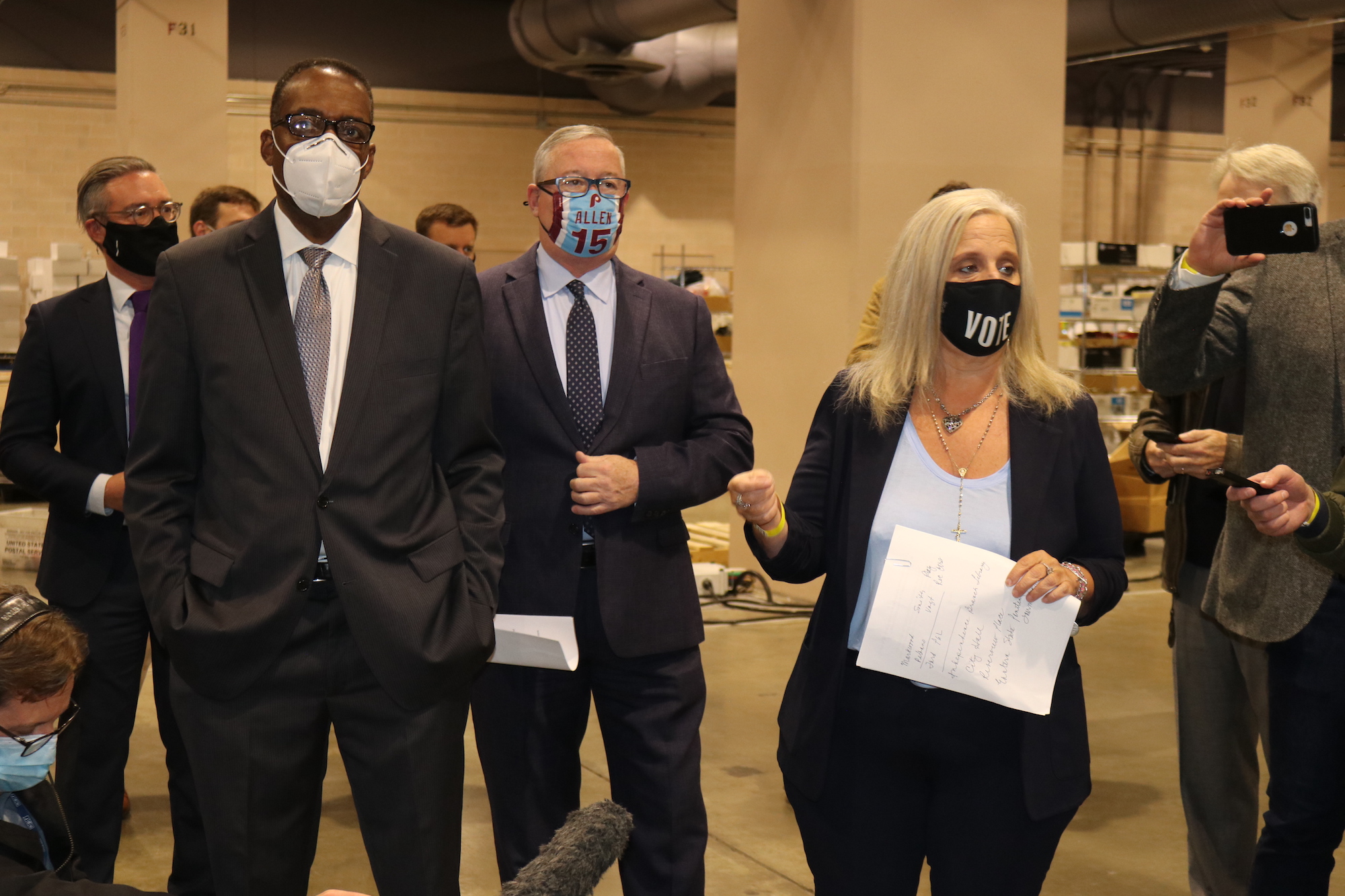 Philadelphia City Commissioners led a tour to highlight the preparations for the sorting and counting of mail-in ballots.

The deadline to apply for a mail-in ballot is today in Pennsylvania, landing just a week before Nov. 3.

To prepare, the Philadelphia Convention Center was filled on Oct. 26 with sights and sounds it has never experienced before. The constant whirring of machines and the sounds of papers shuffling — all attributed to various scanners, sorters, and printers that will be used to count 250,000 mail-in ballots on Election Day.

According to Philadelphia City Commissioner Lisa Deeley, Philly is leagues ahead, relative to other parts of the country, in ensuring that the mail-in voting process is secure, despite what others may say.

“Philadelphia has really embraced the mail-in voting at levels that other jurisdictions that have voted by mail, primarily, it’s taken them years to achieve a level that we have here in Philadelphia,” said Deeley.

Philly: Today is the deadline to apply for a mail-in ballot!@ALDIANews got a look at how officials will count mail in ballots on Nov. 3rd. Looks pretty legit, so ignore what the president says.#vote @PhillyVotes pic.twitter.com/QBdDLQxHUt

In light of repeated, unsubstantiated assertions by the Trump administration regarding the faultiness of mail-in ballots, Philadelphia City Commissioners gave AL DÍA and other outlets a look into the technologically advanced and efficient way ballots will be sorted and counted.

Deeley also mentioned the city is in the process of hiring thousands of workers for Election Day, including poll workers for those individuals who decide to vote in-person on Nov. 3.

She took onlookers on a tour of the machines used to print, distribute, sort, and count the hundreds of thousands of ballots, including an extractor machine.

“This is going to make a tremendous, tremendous difference in our ability to get through these ballots,” Deeley said, as the machine extracted the ballots from the secrecy envelopes, removing the contents. She says it is able to go through 12,000 ballots an hour.

“They’ll be under surveillance and under lock and key,” she stressed. 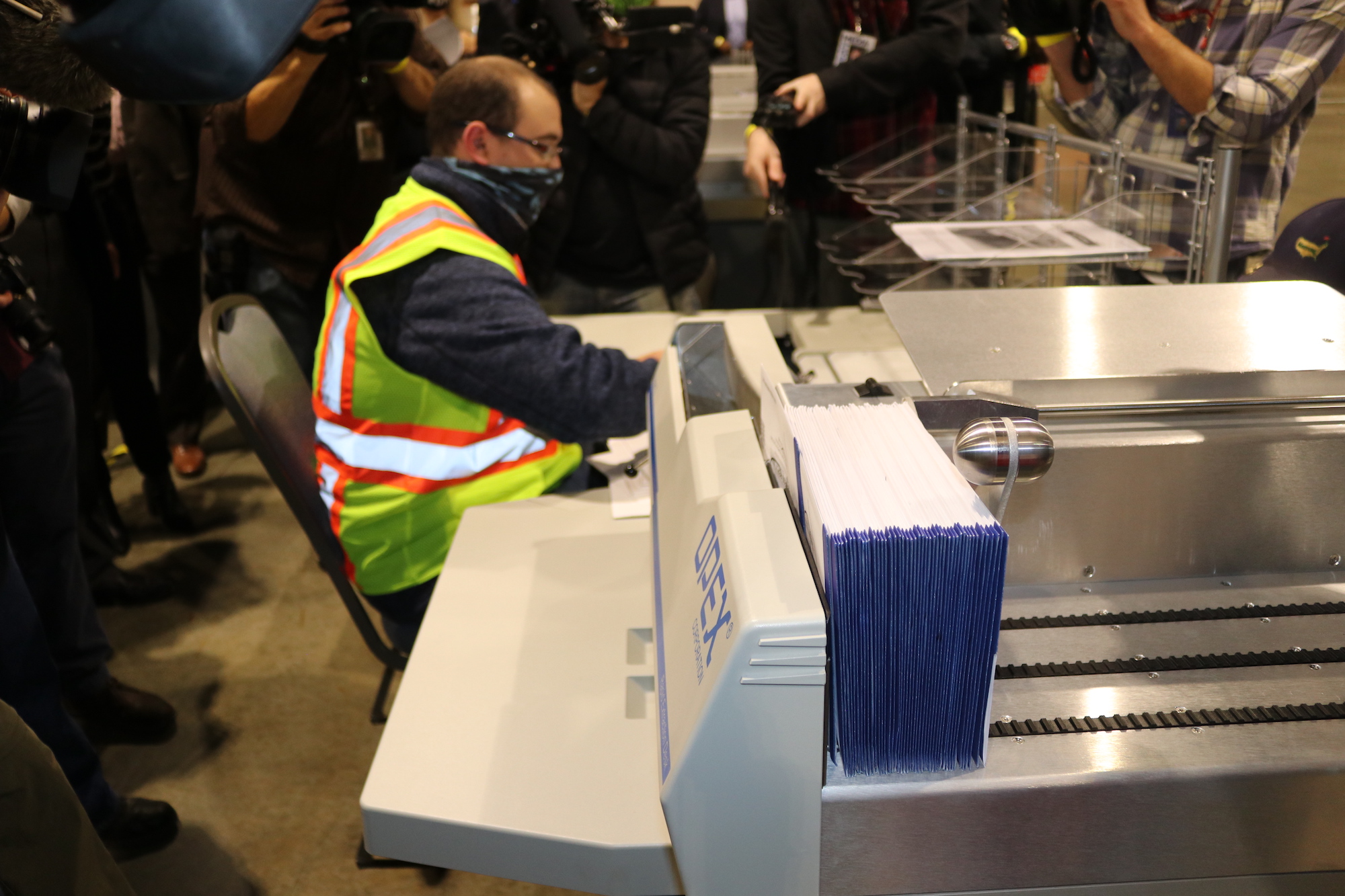 Ensuring the integrity of the machinery, and the mail-in voting process was at the core of the City Commissioner’s intent in offering a tour.

“With all of the negative stuff that’s out there in the atmosphere, generally generated by the president, gives people some doubt that this could happen. As you can see, it’s safe, secure, high-tech, and very impressive. And people need to see that to know that what Trump’s saying is not true,” Philadelphia Mayor Jim Kenney told AL DÍA.

Many skeptics, especially Black and Latinx voters who doubt the process would rather risk showing up to vote in person, or not at all.

The first option is still viable despite the pandemic, but regarding the latter,  Trump’s rhetoric surrounding mail-in voting — despite himself having voted via mail in the past — has contributed to the unease.

“I think the people should have confidence in the integrity of the election, that hasn’t been – unfortunately – something that put them in a position to be confident given all the rhetoric that’s been coming from a particular person, and allies of that particular person,” Philadelphia City Council President, Darrell Clarke told Al DÍA.

To him, voting is the only way to fix the issues that have intensified over the last four years. Especially for Black and Latino demographics, he says there is no excuse to get out your vote.

“My position is, if you think there are issues with respect to the election, try and fix it, not complain about it,” Clarke continued. “This is important, elections are always important, and all demographics, it is your one opportunity.”

As for safety on Nov. 3, Mayor Kenney said his office has been coordinating with Philadelphia police to ensure safety, whatever the outcome, as there will surely be protests, especially if the current administration prevails

“We do recognize that it’s going to be an emotional outburst one way or the other, and we’re prepared for it,” Kenney said.