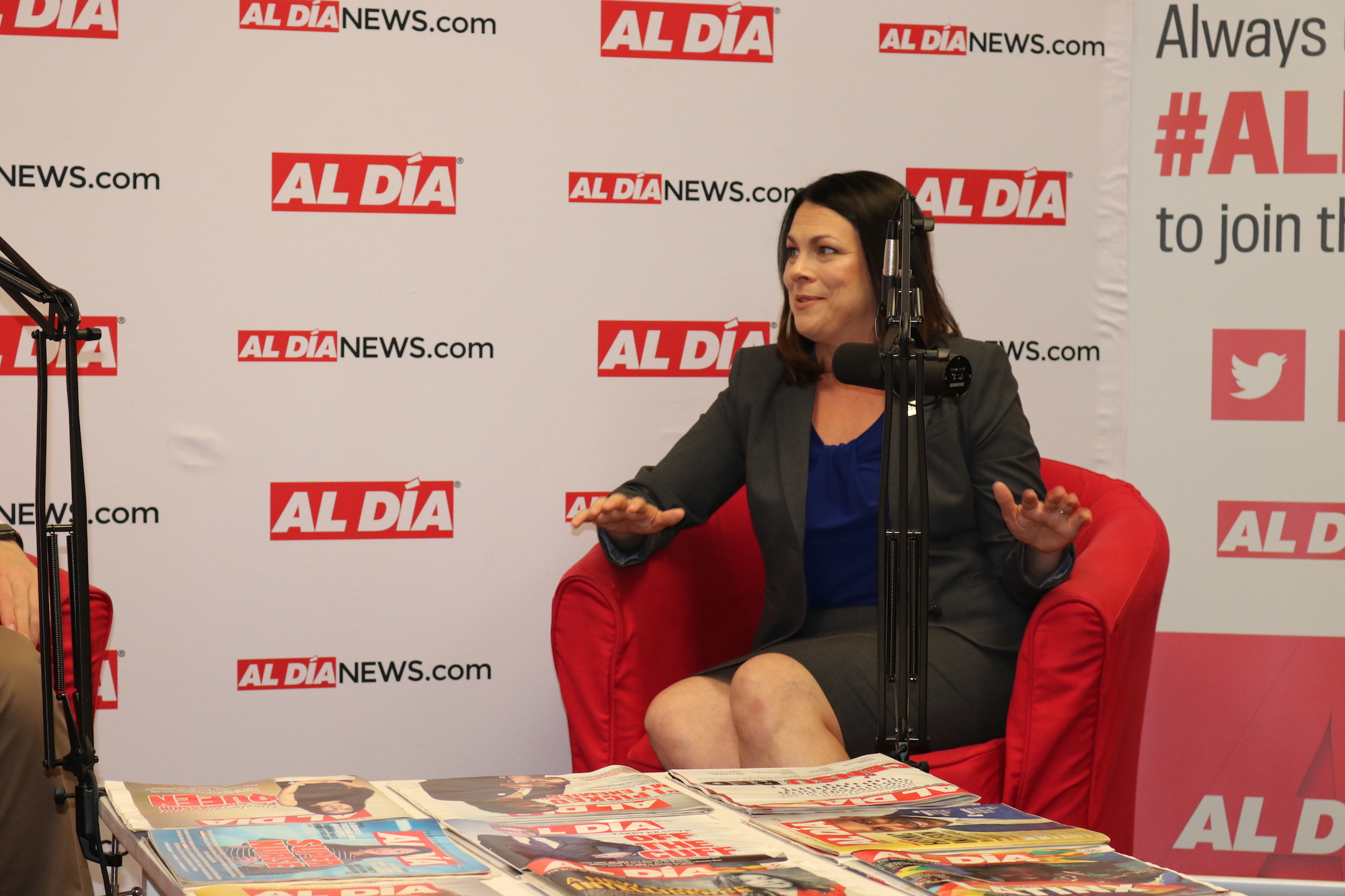 Philly Counts 2020: Stephanie Reid breaks down the city’s preparation for the upcoming census

The Executive Director of Philadelphia’s newest department visited AL DÍA on July 18 to discuss everything census 2020 in Philly.

If you look at a census map of Philadelphia, almost the entire city falls in the red. What it means is that Philadelphia is a “hard-to-count” zone — a designation for areas of the country where census participation is less than the national average and undercounts often occur.

It means jobs like the one Stephanie Reid took in January 2019 are not easy.

As the Executive Director of Philly Counts 2020, Reid oversees the city’s efforts alongside the regional census bureau to spread awareness and encourage participation in the 2020 census.

The job was created after Philadelphia Mayor Jim Kenney announced the creation of Philly Counts 2020 through an executive order not long after hiring Reid. The new department is central to the city’s efforts to reverse its red appearance on census maps.

“We can’t neglect the fact that this is a problem all across the city, so we need a citywide strategy,” said Reid, who visited AL DÍA on July 18 to discuss the city’s role in the upcoming census count.

Its strategy is based around three challenges identified by the new department going into 2020: Internet-based processes, the decrease in funding for fieldwork and the gap in public trust for the government.

Unlike 2010, the 2020 census is taking a digital-first approach. In addition to encouraging all who can to fill out the census online, all the staffing and training of its workforce will be done digitally.

The theory is that by taking the census online, it will cost less money to complete, but Reid doesn’t think Philly’s situation falls into that line of reasoning.

“That’s not our calculus,” she said.

To back her claim up, the American Community Survey, released by the U.S. Census Bureau in 2017, found that only 71.6% of households in Philadelphia had broadband internet access compared to a national average of 83.5%.

Despite the lack of internet access, especially in the city’s poorer neighborhoods, Reid cited the work of city organizations like KEYSPOTs and the mayor’s Digital Literacy Alliance as signs of progress over the last decade.

She said these efforts make Philly a lot better equipped than other areas of the country — such as rural areas — to embrace the digital-first approach.

“We do have good networks that we’re working with, and starting to tap so we can put plans together,” said Reid.

Community outreach in place of funding

The online approach also makes up for the lack of funding for field-based operations — another challenge identified by Reid and Philly Counts 2020.

In 2010, $554,000 was available for community organizations in and around Philadelphia to apply for in order to fund census outreach. This time there is no funding available from the Census Bureau for any community-based operations.

In its place is what each individual municipality does to involve the community in the census, along with outreach performed by the Census Bureau itself.

Philly Counts 2020’s outreach is led by the Complete Count Committee. Led by Mayor Kenney, the committee is comprised of 19 different subcommittees that represent different hard-to-count populations and special interest communities in the city.

The committees were formulated by looking back at data from 2010 and identifying areas for improvement.

“While this is incredibly different, there is a lot you can learn from history,” said Reid.

Once pinpointing the populations in need of more representation, the department set about finding the leaders for each group over what Reid said was a two-month period of community engagement.

“Making sure that people are reflective of the communities that they’re going to be organizing was a really important piece of it to make sure that we had the right people at the table,” she said.

Reid also said many of the door-to-door listers, who verify addresses, and enumerators, who actually administer the census, are also pulled to work in the zip codes where they live.

She cited how the concept doesn’t translate for some — especially immigrant communities — so more explanation is needed of the process and purpose, while others have a negative history with the count.

The Complete Count Committee allows the city to take a tailored approach to how it messages and talks about the census.

“We want to talk about the things that matter most in each community,” said Reid.

It also helps regain some public trust for the government, which is the third challenge for Philly Counts 2020.

Much of Reid’s conversation on July 18 with AL DÍA around the lack of public trust in the government and the census centered on President Trump’s failed crusade to include a citizenship question.

The Supreme Court blocked the inclusion of the question on June 27. Reid said “with absolute certainty” that it will not be on the census, but admitted a lot of work still needed to be done communicating its exclusion to communities.

Her solution is to make sure as many trusted messengers involved in the census process know how to talk about the issue as possible.

“It’s not enough that I know how to talk about this, or the press does, or the mayor does, or even the heads of our community-based organizations,” said Reid. “We need to make sure that these local, like hyper-local, trusted messengers and leaders know. I’m talking teachers, ministers, those kinds of folks.”

The plan culminates in one day on September 17, when Philly Counts 2020 institutes its Census Champion Training. It will teach participants to answer many of the basic questions surrounding the importance of the census, including those surrounding the citizenship question.

The goal is to train 1,000 people during the day in five different languages.