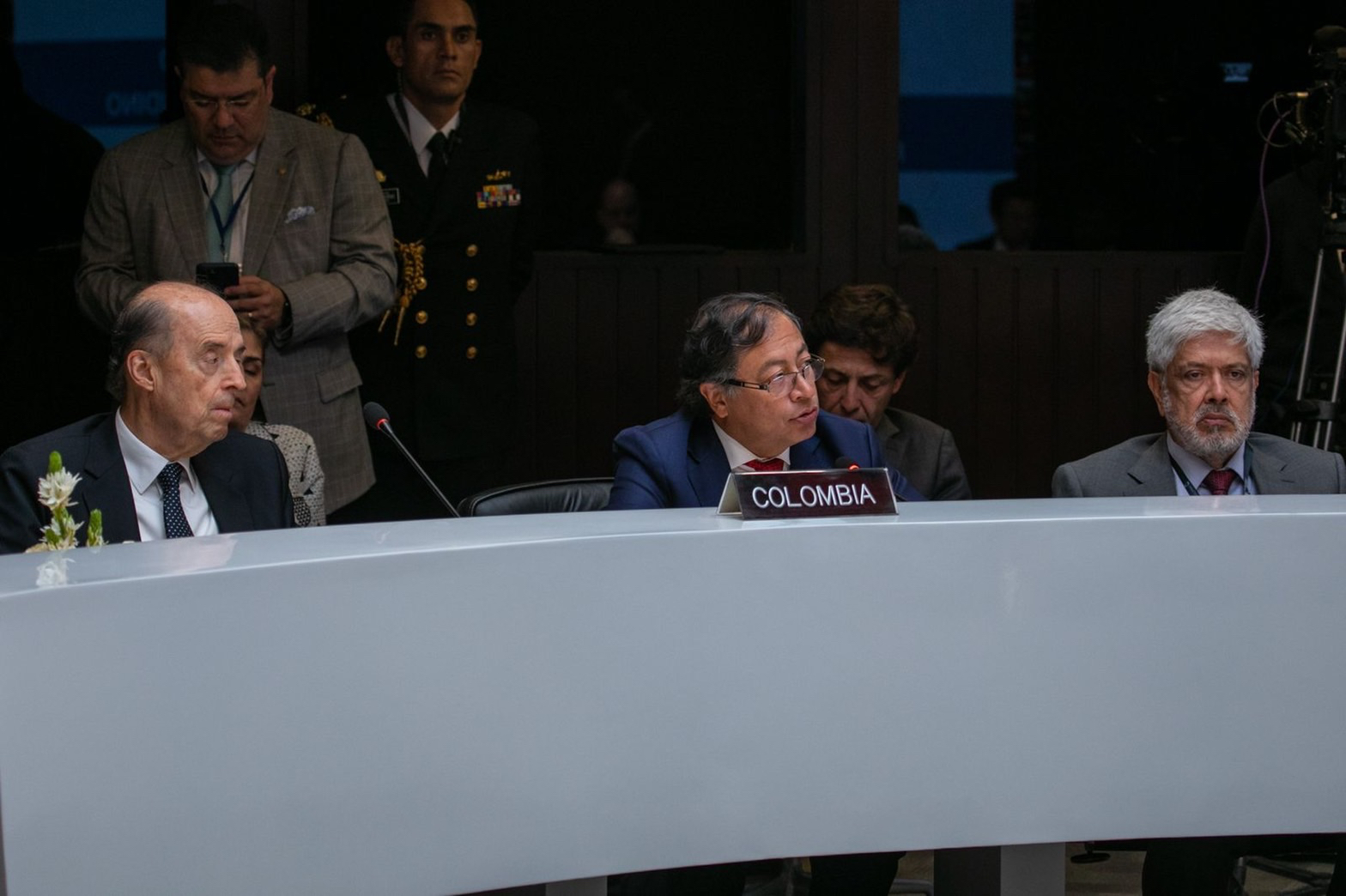 "Repower the Andean Pact to establish an industrialization policy for the region," said the Colombian president. Twitter- @petrogustavo.

Gustavo Petro made the request on Monday, Aug. 29, even offering the possibility of integrating Argentina.

"We must be more powerful, gather more voices. The requests of Chile and Venezuela must be taken into account. We must return to the first scenario of the Andean Community when they were part of this instrument," said Colombian President Gustavo Petro of a renewed effort surrounding the Andean Pact (CAN), adding that if Argentina joins, "it will be better".

According to the Colombian newspaper El Tiempo, Petro also said that if the Andean Community is enlarged, it would have to be done under a "minimum agreement" of respect for the Human Rights Convention. His proposal revolves around the CAN having a "stronger voice" in the international community.

The president also took up the idea he had put forward to build an integrated electricity grid powered by clean energy sources to mitigate the climate crisis.

"The grid is there, what we have to do is to fill it with clean energy sources. The sources are there (...) If we include Chile and Venezuela, our region is full of sun, wind and water," Petro said.

On the other hand, he insisted that the world "is going to extinction" as far as oil and gas are concerned. He raised the opportunity to create a cheaper way of energy integration because the cheaper the electric energy is, the more possibilities there are for development.

For his part, Guillermo Lasso, president of Ecuador, said that Petro's proposal could be a "reason to propose an event for the Andean Community and the energy ministers to study the synergies that this could produce."

"All the member countries of that community should enrich it. It should be the star university with the best professors. Strongly financed, a cutting-edge university," Lasso said.