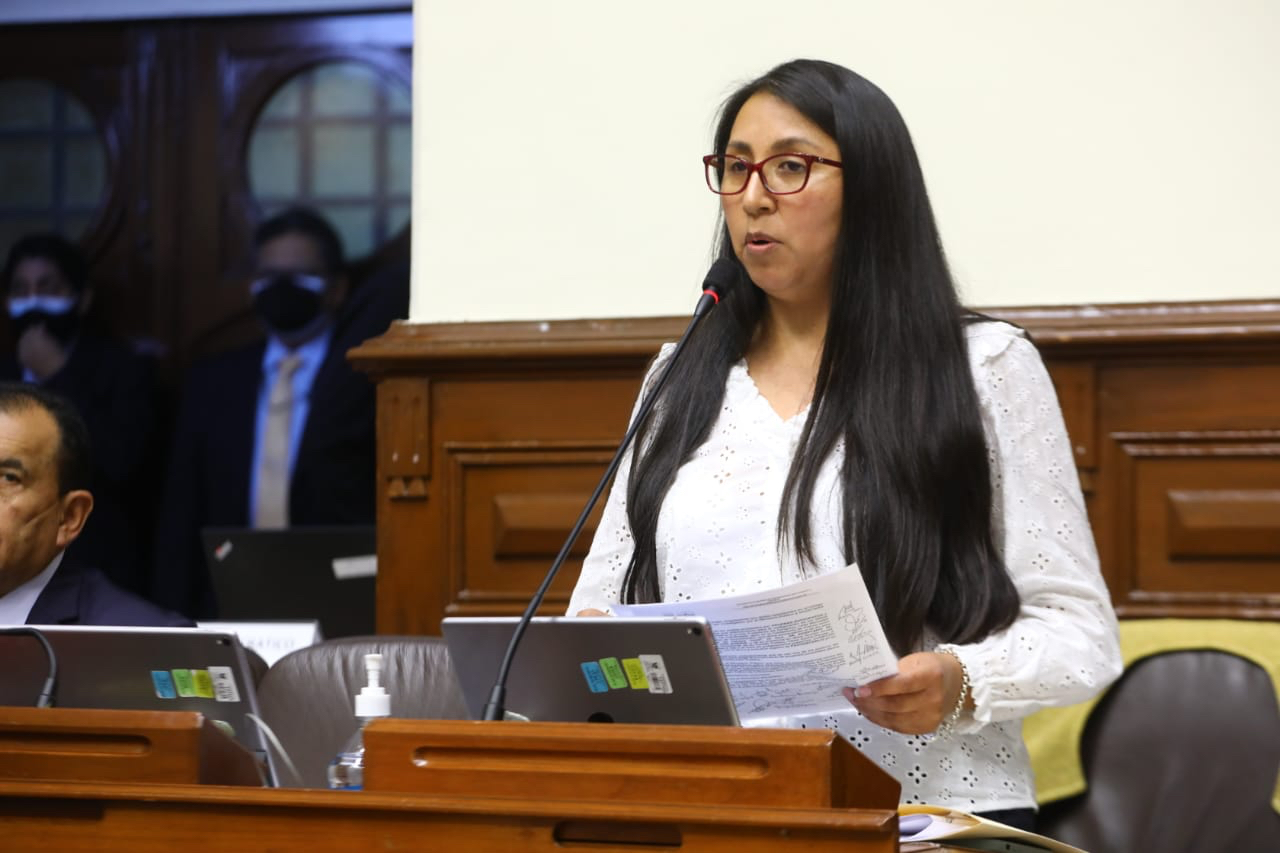 Substantiation of Motion 3833 in the Peruvian Congress. Twitter from @congresoperu.

After a motion of censure filed against Lady Camones was approved, she was removed from office.

This motion was presented with the signature of 23 congressmen from leftist groups and subsequently received 61 votes in favor, 47 against and 5 abstentions.

The petition indicated that the audios published by the investigative journalistic portal Epicentro, contain sufficient evidence that the leader of the party to which he belongs, César Acuña ordered the approval of the law for the creation of a district to favor his candidacy for governor of the northern region of La Libertad.

They requested censure on these grounds, as well as "for violating the Political Constitution" and the "guiding principles that characterize" democracy and constitutional order in Peru.

The new Latino class of Congress for 2023
November 28th, 2022
Beyond2020 launches its first project in Latin America
November 23rd, 2022
Small businesses point to the economy as a key issue in the midterm elections
November 1st, 2022

The motion was presented one day after the Peruvian Executive requested the resignation of the board of directors of the Congress and also that the Attorney General's Office and other agencies intervene in the content of the audios to be investigated.

Aníbal Torres, Prime Minister, considered that there was evidence of "an activity that borders on crime", while the Minister of Justice and Human Rights, Félix Chero, added that there were "elements of proof, not elements of conviction, that give reason for the commission of presumed criminal offenses".

Camones, requested on Sunday night a leave of absence from his party and this Monday asked the Ethics Commission of the Congress to start an investigation on the audios "in order to contribute to the general interest of the country", according to the letter sent to the legislative working group.

The sessions of the full Congress will now be conducted by the interim pro-Fujimori Martha Moyano.