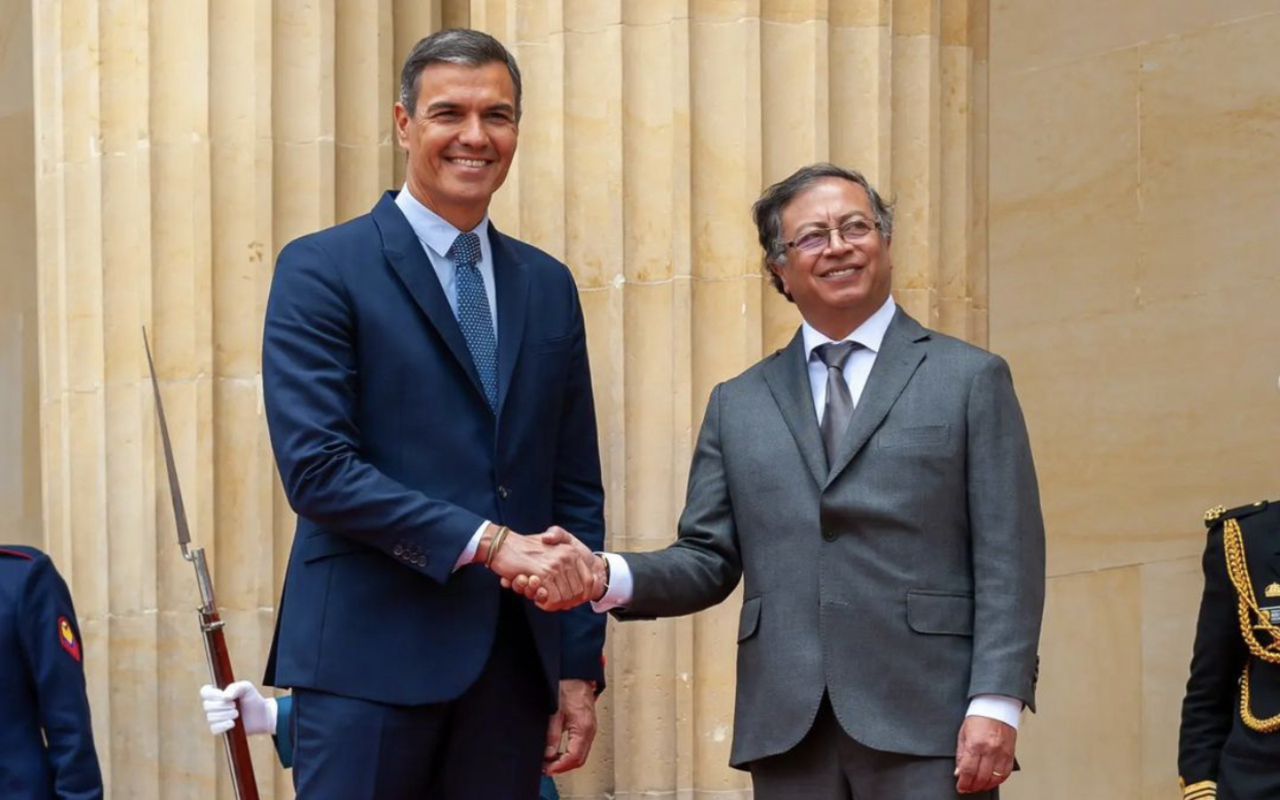 On Wednesday, Aug. 24, Spanish Prime Minister Pedro Sánchez offered the country as a setting for dialogue between Colombia and the National Liberation Army.

Spanish Prime Minister Pedro Sánchez began his Latin American tour in Bogota, after which he will head to Quito and Tegucigalpa.

He is the first European leader to meet with Colombian President Gustavo Petro, just two weeks after he became the country's first leftist president.

The meeting took place at the Casa de Nariño, headquarters of the Colombian Presidency, where they held a press conference to expound on their joint left-wing policies, and to face global challenges, such as the climate emergency.

The hope is to resume the dialogue with ELN guerrillas that was broken with the previous administration of Iván Duque. Other agreements are also desired with other illegal armed groups, such as the FARC dissidents and the paramilitary group, Clan del Golfo.

Sánchez said that his government will support Colombia in whatever his government requests. He also made a concrete offer: "Spain can host the dialogue for a definitive peace."

"We offer ourselves to the Colombian government to help in everything that I think is common sense to achieve peace, and therefore, if Spain can host these peace talks, Spain would be willing and offered to host them," Sánchez added.

For his part, Petro thanked for the proposal and explained that it does not depend exclusively on his government, but also on the ELN, they must mutually decide the place or to stay in Cuba.