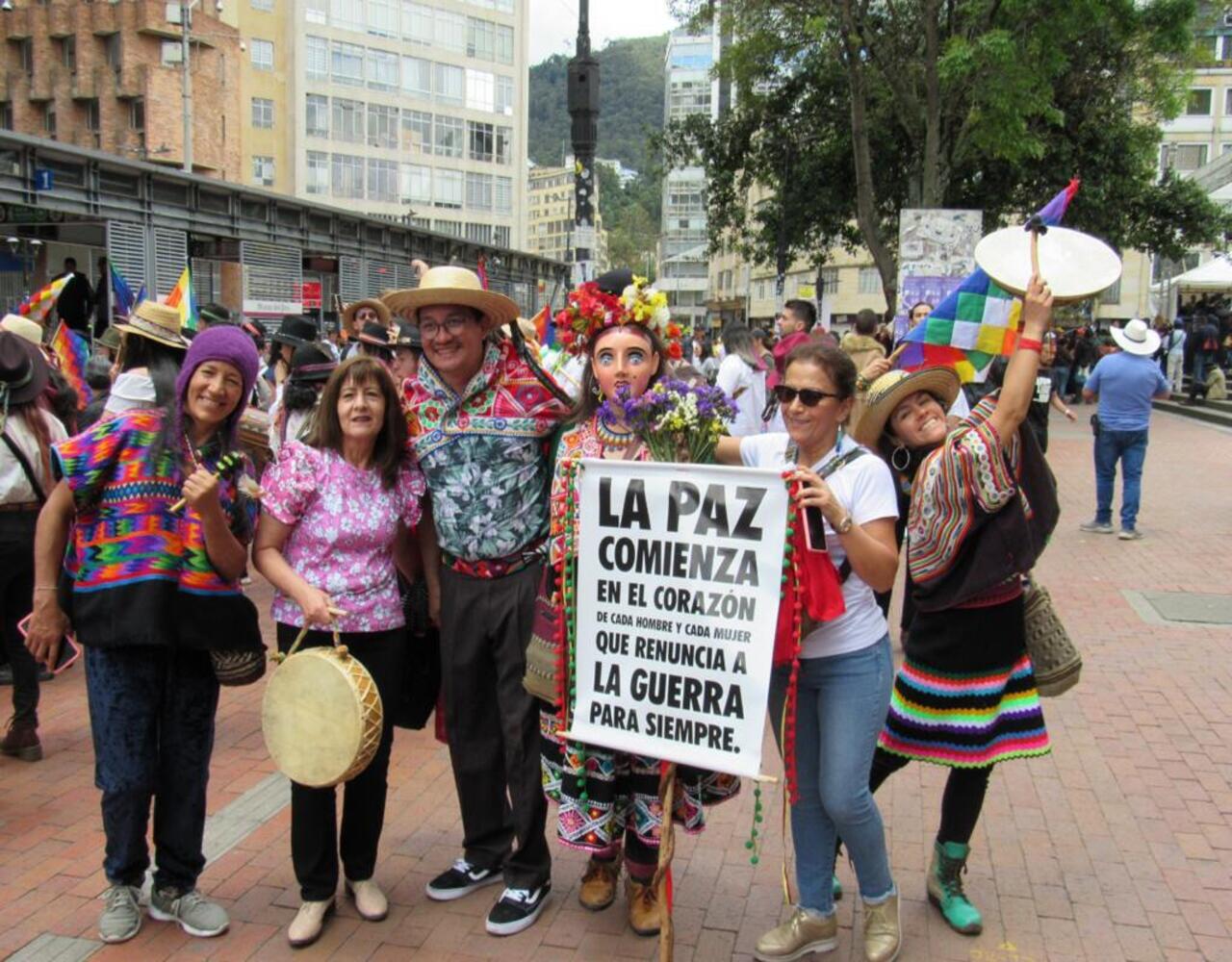 "Peace begins in the heart of every man and every woman who renounces war forever," expressed Colombians at Gustavo Petro's inauguration. Photo: Martín Murillo.

The foreign ministers of Cuba and Colombia announced the decision to restart the process that had been suspended since 2018.

"We aspire to renew the dialogues in this land of peace, in order to start the path proposed by the newly inaugurated President of Colombia, Gustavo Petro," said Colombian Foreign Minister Alvaro Leyva, before thanking his host, Cuban Foreign Minister Bruno Rodriguez for the hospitality of Cuba.

Days before, the Colombian president announced that upon taking office he would send a delegation to Cuba to agree with the representatives of the National Liberation Army (ELN) on the resuming of talks that were suspended four years ago by the government of Iván Duque.

Cuba has hosted delegates of the Colombian Government and armed groups for talks since the 1980s. In 2016, it was also the site of the Final Agreement between the State and the Revolutionary Armed Forces of Colombia-People's Army (FARC-EP), "an example for the world."

Rodriguez also highlighted the country's rejection of Cuba's inclusion in the list of countries sponsoring terrorism sponsored by the U.S., which "ignores the island's commitment to peace in Colombia and the world."

The Cuban official said that the negotiations will be an opportunity to advance towards peace in a way best for both parties. The announcement of talks being made only a few days after Petro's inauguration is also significant.

According to the Cuban newspaper Granma, the declaration was attended by the Colombian High Commissioner for Peace, Danilo Rueda, and Senator Iván Cepeda, president of the Peace Commission of the Colombian Senate; as well as representatives of the ELN, the United Nations, the Colombian Episcopal Conference and Norway, which also serves as guarantor of peace.