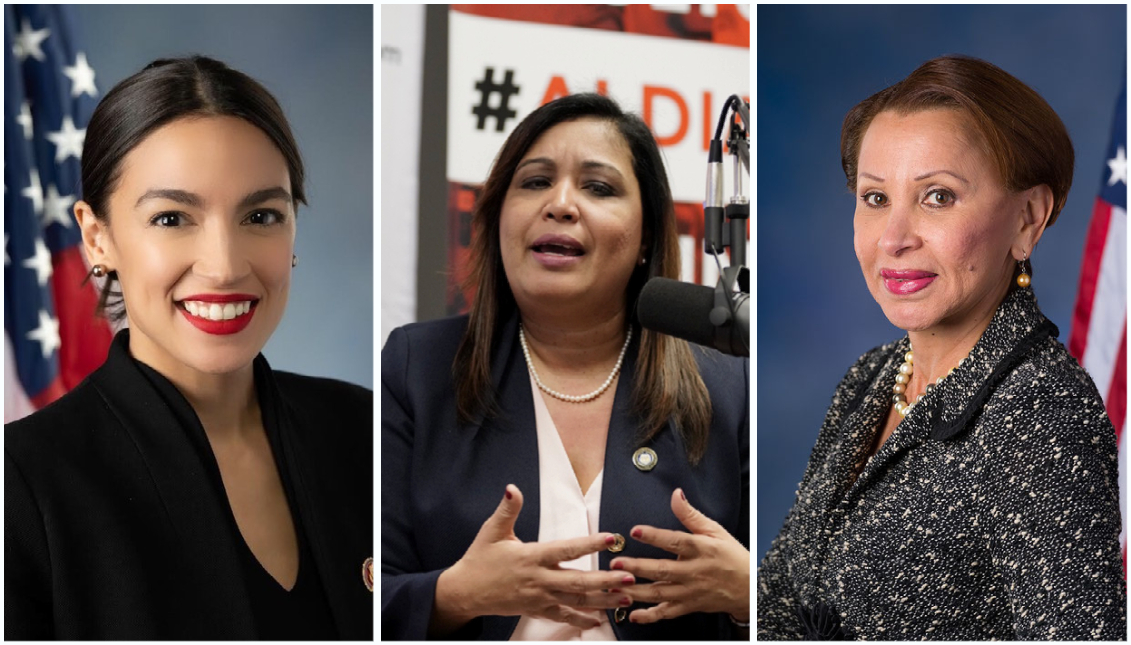 The Philly councilmember says “it's time for a change and Puerto Rico needs action now.”

A force in Philadelphia politics has released a resolution supporting the Puerto Rico Self-Determination Act, a piece of legislation introduced in August by New York Representatives Alexandria Ocasio-Cortez and Nydia Velazquez.

Philadelphia Councilmember María Quiñones-Sánchez, joined by members of the Pennsylvania delegation, released a three-page resolution on Dec. 10, in support of HR 8113, the Puerto Rico Self-Determination Act of 2020.

The bill recognizes the inherent authority of the people of Puerto Rico to call for a Constitutional Assembly on Status — whether it be statehood or independence. It would also prompt Puerto Rico’s legislature to create a Status Convention whose delegates would be elected by Puerto Rican voters

“This piece of legislation puts Puerto Ricans in the driver’s seat of their own political future, and would empower Puerto Ricans by recognizing that they are the ones who should democratically decide the process, participate in the deliberations and make the final determination over the political status of the Island,” reads the resolution.

One might question why a bill written by two New York Reps has amassed statewide recognition in Pennsylvania.

In the 2010 Census, it was reported that 12.3% of Philadelphia’s population is Latinx, with the vast majority (65%) being of Puerto Rican Descent. After a decade, these numbers no doubt increased.

In the resolution, Quiñones-Sánchez writes that natural disasters and lack of response from the federal government, as well as the political climate on the island, has a direct impact on the many Puerto Rican families that reside in Philadelphia.

The resolution cites a handful of resolutions sent forth by the City Council to support Puerto Rico in the aftermath of  Hurricane Maria which resulted in a humanitarian and fiscal Crisis.

“The City Council of Philadelphia calls upon the United States Congress, including the Pennsylvania delegation, to support the passage of H.R. 8113,” the resolution reads.

After 122 years of “failed federal policy,” Quiñones-Sánchez writes that the time for action is now, and that Reps. AOC and Velazquez are right for presenting the bill to Congress, adding that “for too long” the island colony has been exploited monetarily and at the expense of its environment.

Even before the hurricanes, earthquakes, and global pandemic, Puerto Rico was weathering a disaster of failed federal policies @UnidosPaPR , and our grassroots efforts raised millions, ousted a sitting Governor, and showed the strength of its people.

The "status question" for Puerto Rico is complicated for many, but Quiñones-Sanchez, Ocasio-Cortez, and Velazquez believe it should be decided by Puerto Ricans in a “democratic and deliberative process.”

To them, self-determination is the only way forward. Quiñones-Sanchez concluded her Twitter thread, writing:

“If the US wants to regain its standing across the world, how it treats the 3 million citizens in PR and nearly 5 million in the mainland will be watched and judged. We need the Pennsylvania delegation to join the call for action.”