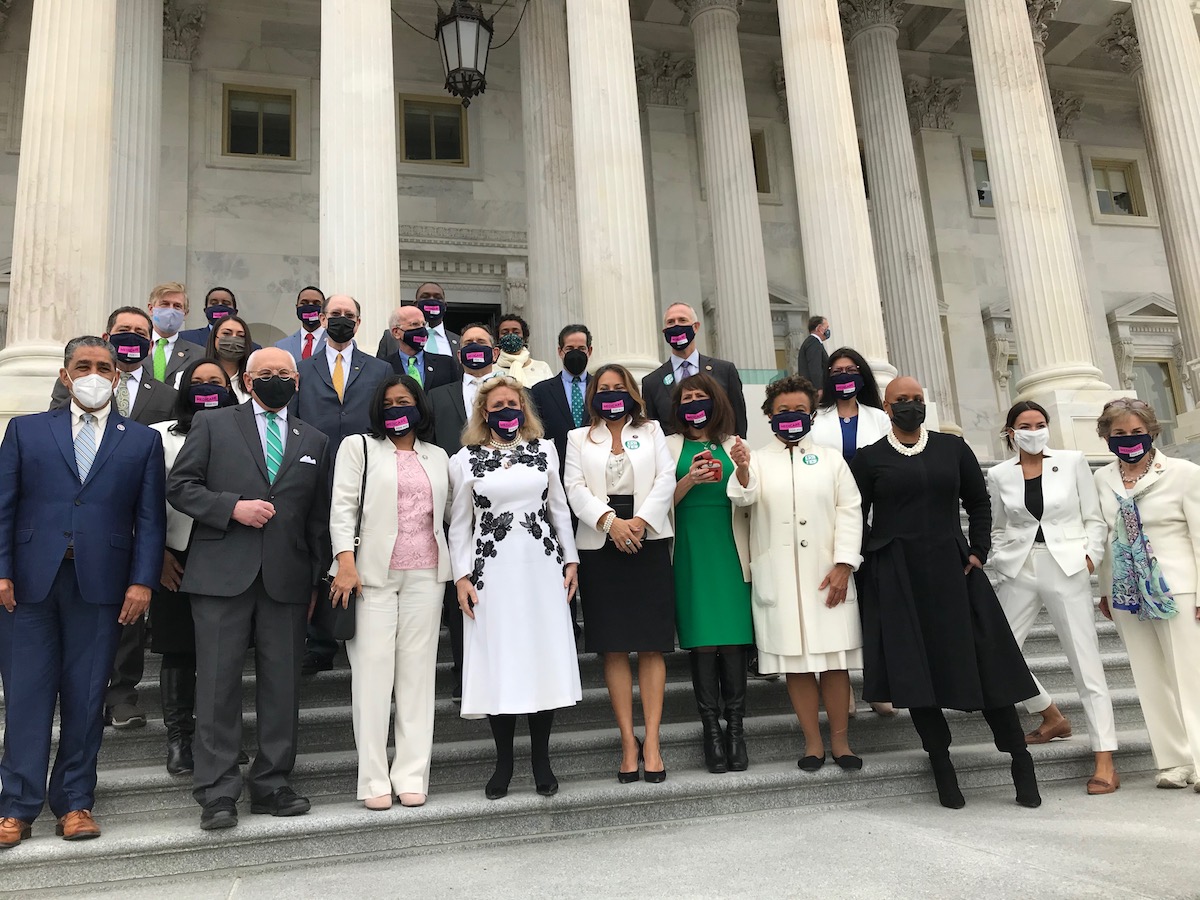 Medicare For All, reintroduced by Reps. Jayapal and Dingell, is co-sponsored by top Latino Dems

While not supported by President Biden, the bill will go a long way in continuing the conversation of healthcare for all in the U.S.

U.S. Representatives Pramila Jayapal (D-WA) and Debbie Dingell (D-MI) reintroduced the Medicare for All Act of 2021 on March 17, the sweeping legislation that would guarantee health care to everyone in America on the curtails of the deadliest years in history because of the COVID-19 pandemic.

Democrats introduced the bill one year to the day that COVID-19 was first confirmed in all 50 states, making it part of their case for overhauling the nation’s healthcare system.

“At the start of this pandemic, 5.4 MILLION people lost their health care—the highest increase in uninsured Americans EVER. It's clear: tying health care to jobs is cruel and inhumane. I reintroduced #MedicareForAll today because healthcare is a human right, not a job benefit,” Rep. Jayapal wrote on Twitter.

The bill builds on and expands Medicare, and would provide benefits to every person in the United States. This includes primary care, vision, dental, prescription drugs, mental health, substance abuse, long-term services and supports, reproductive care and more.

“The Medicare for All Act of 2021 also includes universal coverage of long-term care with no cost-sharing for older Americans and individuals with disabilities, and prioritizes home and community-based care over institutional care”, Rep. Jayapal wrote in a statement.

Patients would have the freedom to choose the doctors, hospitals, and other providers they wish to see without worry of having a provider be in-network. The legislation would also negotiate drug prices and reduce what would otherwise lead to administrative waste.

Jayapal, co-lead author Rep. Dingell, and their 109 co-sponsors who represent more than half of the Democratic caucus, argue the case for it has never been stronger.

This pandemic has only confirmed what we've long known: that it's time to reform our broken, for-profit health care system.

It's time to guarantee health care as a human right.

It's time for Medicare for All — everyone in, nobody out.https://t.co/KT1q5hLe2D

Supporting legislators and advocates know that such a bill has never cleared a single committee, let alone Congress. But the bill has seen a strong show of support by Latino progressives, who represent some of the hardest-hit districts by the pandemic — including the Bronx, as well as regions of Los Angeles and Chicago.

Jessica Ramos to AOC: “Maybe if you spent more time in your office and with your team you’d know what goes on”
July 26th, 2022
What would a Transgender Bill of Rights do?
July 18th, 2022
AOC wants Supreme Court justices impeached for lying under oath, is it possible?
June 27th, 2022

“No more GoFundMe’s,” Rep. Nydia Velazquez (D-NY) notably wrote on Twitter, referencing a phenomenon highlighted by the pandemic, of those unable to pay for medical expenses or pay for funerals, resorting to GoFundMe to raise the needed funds.

“Health Care is a human right, and people shouldn’t be going to crushing debt because they need medical help,” she continued.

Velazquez was joined by various Hispanic Caucus repseps who also voiced their support, including Reps. Ruben Gallego, Ritchie Torres, Alexandria Ocasio Cortez, and Rep. Chuy Garcia — all who were present at the bill’s reintroduction.

I’m proud to join @RepJayapal and @RepDebDingell as we reintroduce #MedicareForAll. This legislation offers a bold change to our country’s health care system and will guarantee that families don’t have to choose between groceries and medical care.

At the same time,  many influential Democrats, including House Speaker Nancy Pelosi (D-CA), have pointedly not supported the progressives’ bill. Biden himself is also regarded as an opponent of the bill, having campaigned on the promise of strengthening the Affordable Care Act, not a single-payer system.

In the United States at least, the concept is relatively new, and will likely resurface in a slightly altered form in the near future.

The full bill outline can be found here.