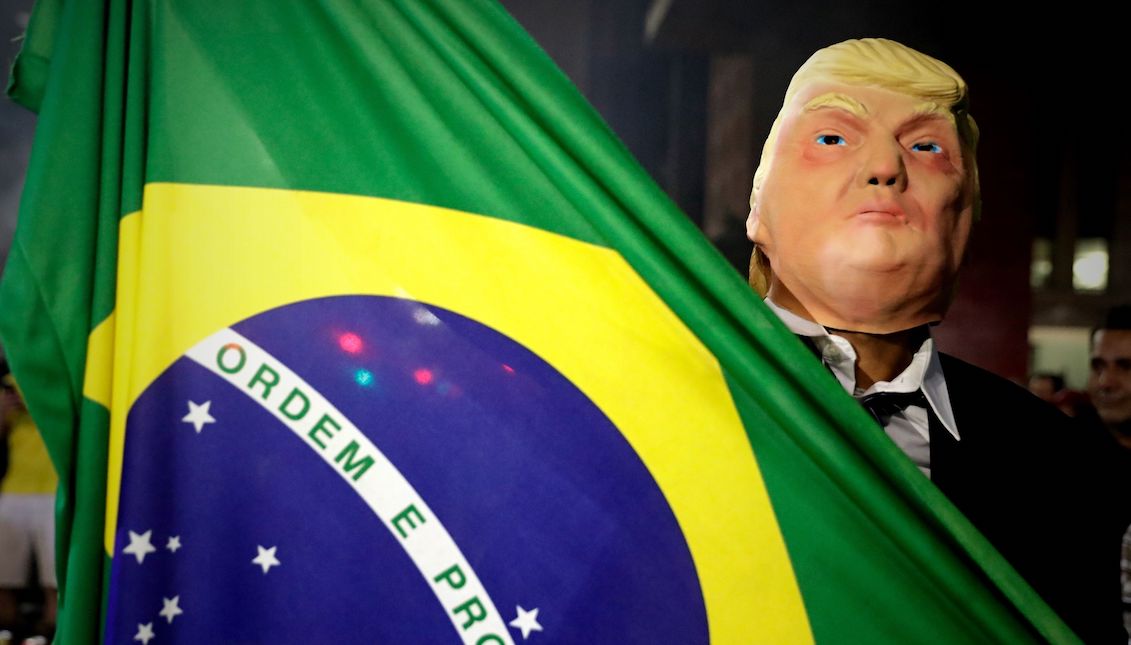 The Bolsonaro phenomenon: Brazil sets the pace for the new international political scene

A country tired of violence and corruption has chosen a radical solution for all its problems. Brazil now risks going back 30 years in history.

Divided between panic-induced fascism and weariness with violence and corruption, Brazil has chosen a new president.

Jair Bolsonaro has been elected with more than 54 percent of the votes in Sunday's elections in Brazil, after a campaign mined with the opposition to political correctness and positions that is often reminiscent of the dictatorship that dominated the country until 30 years ago.

Since he began his political career in the 90s as a representative of the state of Rio de Janeiro, Bolsonaro has made a name through radical right-wing positions, such as opposition to LGBT rights, abortion, the legalization of marijuana and to secularism.

But the success of his presidential campaign was due to his "hard-line" promises against violence and criminality, two indices that have taken off to uncontrollable figures during the years of leftist governments.

According to the New York Times, the now president-elect "has exalted the country's military dictatorship, advocated torture and threatened to destroy, jail or drive into exile his political opponents."

Likewise, the media explains that Bolsonaro "won by tapping into a deep well of resentment at the status quo in Brazil - a country whiplashed by rising crime and two years of political and economic turmoil."

Only a couple of months ago, CNN reported that the homicide rate in Brazil had reached "the highest level in its history", with 30.3 victims per 100,000 inhabitants - that is, 62,517 murders in the first six months of the year 2018, "30 times what was observed in Europe in the same period.”

This reality was what drove specific demographic ranges to turn their support for the candidate.

For example, and according to the Brazilian newspaper Estadao, "the intention of the female public to vote for the PSL candidate, Jair Bolsonaro, reached 26%", doubling throughout the campaign until the day of the elections, and concentrating among women "with higher income and higher schooling" in the southern and southeastern regions of the country.

In one way or another, Bolsonaro's victory represents an important turning point in the political scene of the region, following in the footsteps of campaigns and popular governments around the world such as Rodrigo Duterte in the Philippines, Andrés Manuel López Obrador in Mexico, Victor Orbán in Hungary, Recep Tayyip Erdogan in Turkey, or even Donald Trump in the United States, according to The Guardian.

Like this, the campaign format of "violence against violence" seems to be the winning ticket for current international politics, although we’ll have to see how much it materializes in the months to come, running the risk that the cure will be worse than the disease.