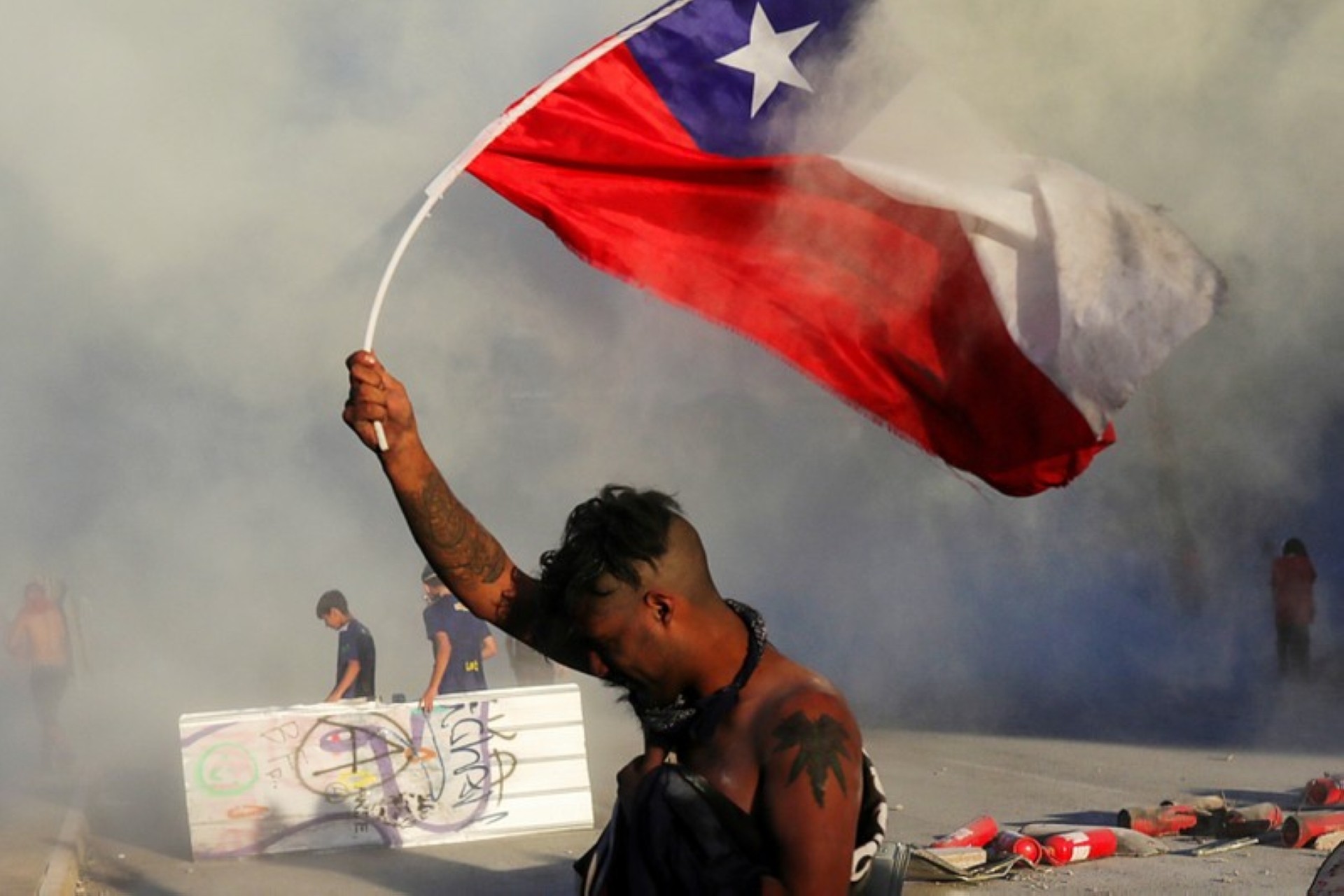 A demonstrator holds a Chilean flag during a protest. November 9. REUTERS/Pablo Sanhueza Taken from thestar.com

Chile and the longing for a new social pact

Fifty-two days have passed since the start of the social explosion in Chile. Now there is an agreement for a New Constitution, but doubts and suspicion persist.

On November 15, Sebastián Piñera's government signed an agreement with opposition parties called the "Agreement for Social Peace and the New Constitution”. The text states that in April 2020 there will be a plebiscite with two questions:

1) Do you want a new Constitution? I approve or reject.

The Mixed Constitutional Convention refers to a group of persons made up of representatives of civil society elected expressly for the constituent and by the political class; and the Constitutional Convention consists exclusively of representatives of civil society.  The selection of both bodies will be in October 2020, simultaneously with the local elections that already corresponded to the time before the beginning of the social uprising.

Once the Constitutional Convention is created (Mixed or not), it will have a maximum term of nine months to produce the new Chilean Constitution, a term that can only be extended once, for a maximum of three months. This new constitution will be submitted to a referendum whose participation will be compulsory.

Having a new constitution has been the main demand of the civil population during the last month and a half of protest, given that Chile continues to work with the one established by the dictator Augusto Pinochet in 1980, although it has gone through several modifications. For this reason, the announcement of the Agreement for Social Peace and a New Constitution has been received by some as a historic achievement that must be taken care of. However, this has not been enough to calm those who are worried.

In the first instance, because the Agreement was not built with a sufficient diversity of representatives of the social movements but, rather, as an agreement between political parties. A second point of discord lies in the determination of who the constituents will be and with what mechanisms they will be elected: voices are heard demanding a parity group with 50% women and 50% men and quotas for indigenous groups, quotas proportional to the electoral districts, but this is an aspect on which the dialogue does not seem to have taken place with total openness.

On these points, the Social Unity Table elaborated a technical proposal for the construction of a "Social Agreement by the Plurinational and Parity Constituent Assembly" that was presented to the Minister of the Interior Gonzalo Blumel last December 4; the response of the official coalition Chile Vamos was to abide by the agreement already signed, without defining quotas of any kind. The question arises of how to build a constitution that will help heal the social crisis that the country is going through without a broad and sufficient representation of the diverse social groups.

Finally, while the parties and social movements are intensely engaged in the constituent process, the demonstrators continue to protest for their quality of life, a point that although it cannot be resolved by decree or by magic, nor should it be dealt with without delay both for a human need and because the viability of what is achieved with the constituent depends on it.