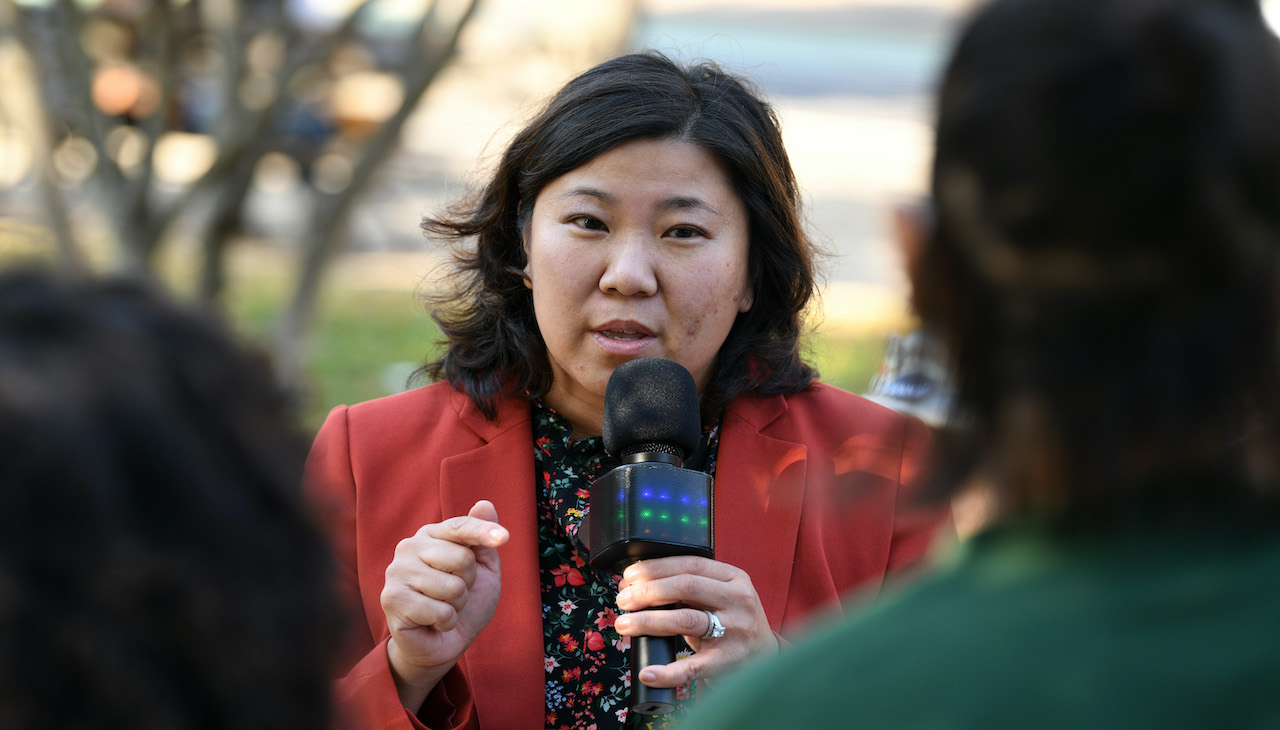 Rep. Grace Meng is leading the charge in Congress to get an AAPI Museum on the National Mall. Photo: Bryan Bedder/Getty Images for Green New Deal Network

The commission selected to create the museum has 18 months to report operations and funding for the museum.

On Tuesday, April 26, the House unanimously passed the bill, which now heads to the Senate.

The legislation passed with 120 cosponsors including Democrats and Republicans

The Commission to Study the Potential Creation of a National Museum of Asian Pacific American History and Culture Act would create a group of eight individuals with various expertise in either museum planning or AAPI history and culture to examine the possibility of establishing, maintaining, operating and funding such a facility in the D.C area.

This is the first time the House has ever passed legislation on this key step for a new AAPI history museum. https://t.co/GNkmaERyXm

During the floor debate, Meng said AAPI’s have significantly shaped the nation’s history from its earliest days, from the Chinese workers who built the transcontinental railroad to modern contributions made in culture and the economy.

“Those contributions are often unheard of and simply forgotten. It is time to change that,” Meng said.

The legislation comes as tourists have flocked to the latest addition of the National Mall, the National Museum of African American History and Culture, which opened in 2016. Developments have already begun for two other specialized history museums, one for women and one for Latino Americans.

Republican Rep. Cliff Bentz, said that while he supports the measure, he hopes that his concerns  and questions will be answered about the financial and operational challenges that a new museum could pose to the Smithsonian’s portfolio.

The commission would have 18 months to report its findings back to Congress and President Joe Biden. The bill was approved without any objections or the need for a roll call vote.

ICYMI: I spoke on the House Floor about my #AAPI Museum Study bill that would establish a commission to explore creating a national museum dedicated to AAPI history & culture. Thankful for the broad, diverse support that enabled today's successful passage. https://t.co/JmFKRh3f8u

On the floor, Rep. Andy Kim spoke about growing up experiencing racially-based bullying and how he wants his sons to grow up feeling proud of their heritage.

“I don’t want my kids to understand who they are through sources of hate and discrimination. I want them to feel pride. Our story is not just an Asian-American story, it’s an American story,” Kim said.

“By establishing a commission to study the feasibility and potential creation of a museum dedicated to Asian-Americans, Native Hawaiians, and Pacific Islanders (AANHPIs), we take a critical step forward in recognizing the immeasurable contributions the AANHPI community have made to our nation,” Congressional Hispanic Caucus Chair Dr. Raul Ruiz said in a statement.