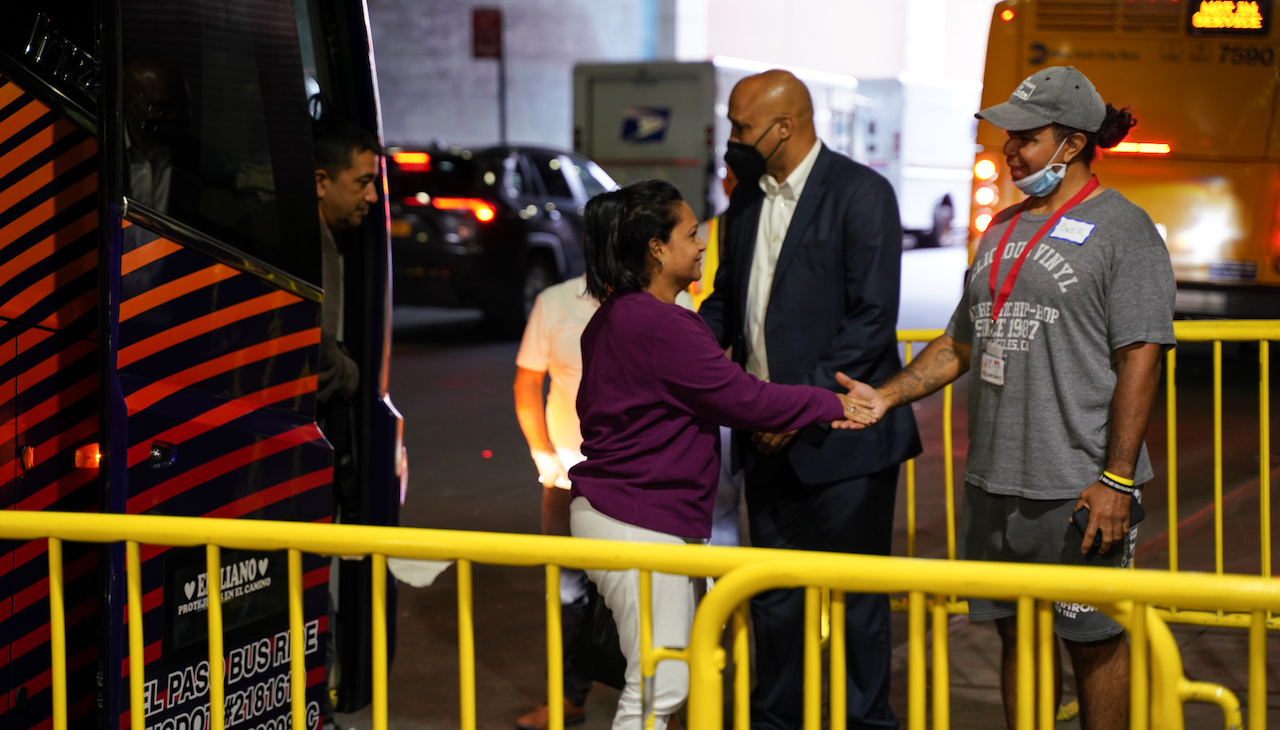 Philly prepares for buses of migrants, thought not yet a target

"The city is inventorying existing resources should those seeking safe refuge find their way to Philadelphia,” he said.

The city is not currently aware of any buses headed to Philadelphia, but officials are preparing what to do if they show up. Kenney’s office does not expect a notice of any kind if buses were to be sent, and Lessard did say they are aware of migrants who have made their way to Philly on their own.

While it is clear that other Democratic majority cities will be targeted, thousands have already been sent to New York, D.C., and now Chicago. As the migrant influx continues and both Abbott and Biden not seeing eye-to-eye on immigration, it’s an issue that will continue in what is being seen as a stunt on part of the Texas governor. Lessard's comments came a day after D.C. Mayor Muriel Bowser declared a state of emergency over the situation.

As a part of Abbott’s ten-million-dollar-plus operation, Operation Lone Star is meant to crack down on the influx of migrants at the borders along Texas’ southern border. According to Axios, more than 7,600 migrants have been sent to D.C. since the plan's inception this past April. Since early August, over 1,900 have been bused to New York, which is carrying much of the burden as far as the number of migrants are concerned.

The challenge of being gay and the son of immigrants in L.A.
September 25th, 2022
'Solito': a Child’s Solo Migration
September 19th, 2022
More migrants sent to Martha’s Vineyard, and VP Kamala Harris’ D.C. home via bus and plane
September 16th, 2022

Per The El Paso Times, Abbott’s plan has proven to be costly for the state. Each migrant amounts close to $1,300 with a reported total amount of at least $12.5 million overall.

Abbott has been in rebellion against President Joe Biden and Democrats alike over Biden’s immigration policy and action up to this point. He cites the president has not done enough for the Texas residents living in or near borders where the governor claims American and Texan lives are  “at risk.” Abbott first sent buses of migrants to New York and Washington D.C. and most recently Chicago, where in less than two weeks, three buses arrived in the Windy City with over 200 individuals.

Abbott drove home his stance in a press release last week. "President Biden's inaction at our southern border continues putting the lives of Texans — and Americans — at risk and is overwhelming our communities,” he said.

“To continue providing much-needed relief to our small, overrun border towns, Chicago will join fellow sanctuary cities Washington, D.C. and New York City as an additional drop-off location. Mayor Lightfoot loves to tout the responsibility of her city to welcome all regardless of legal status, and I look forward to seeing this responsibility in action as these migrants receive resources from a sanctuary city with the capacity to serve them,” Abbott continued.

The Texas Governor’s Press Secretary Renae Eze told Axios “stay tuned” when asked what other cities the governor was planning on hitting next. Abbott is even offering a huge reward for information and tips on stash houses for migrants.

“Operation Lone Star continues to fill the dangerous gaps left by the Biden Administration's refusal to secure the border. Every individual who is apprehended or arrested and every ounce of drugs seized would have otherwise made their way into communities across Texas and the nation due to President Biden's open border policies,” the governor said in a statement.