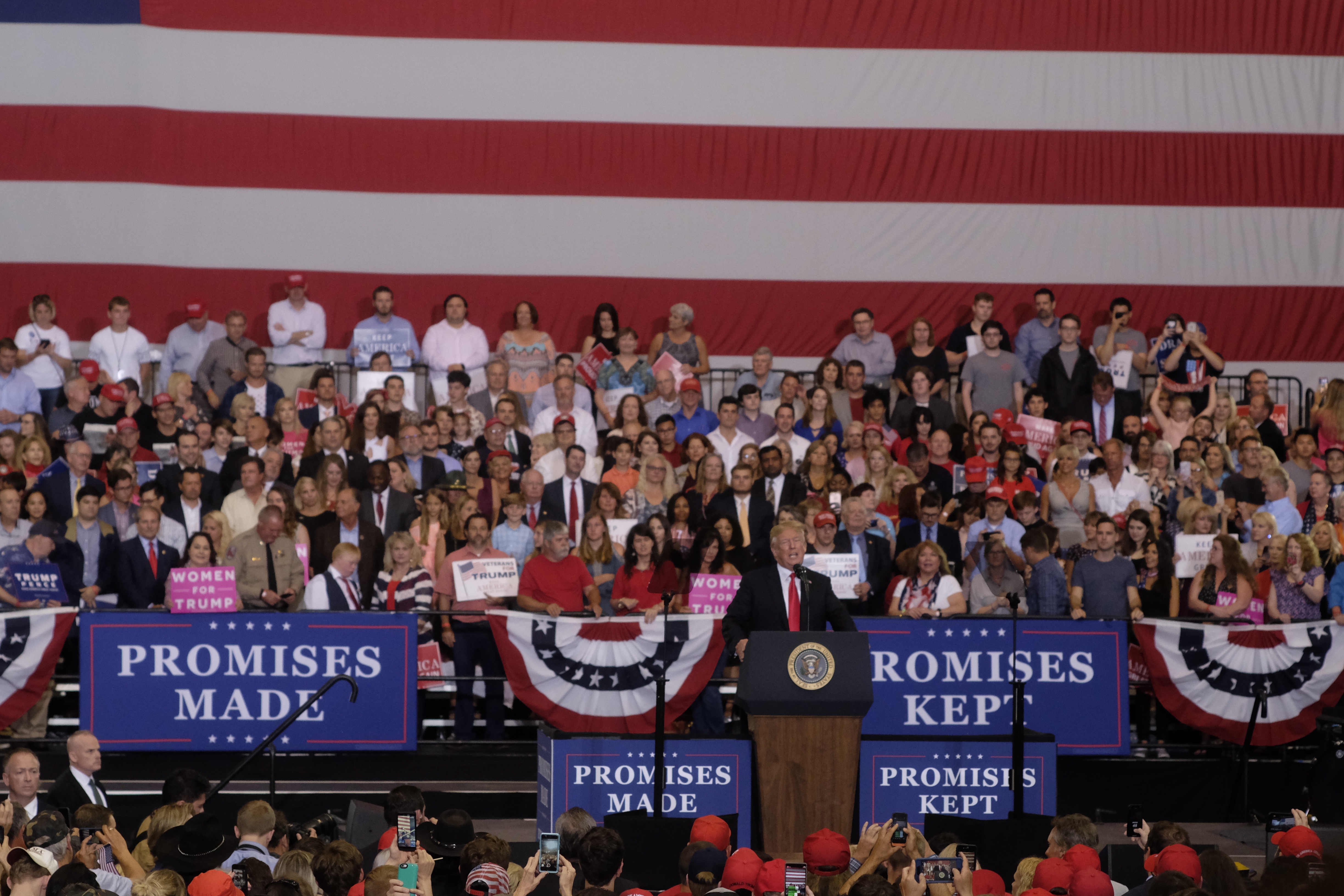 U.S. President Donald Trump addresses a public rally in Nashville, Tennessee, USA, 29 May 2018. This is his third appearance in Nashville since becoming president. EPA-EFE/RICK MUSACCHIO

Again, Trump insists Mexico will pay for his wall

Trump's insistence on the idea that Mexico would be the one paying for the border fence has caused strong tensions with the Mexican government.

The President of the United States Tuesday insisted on his idea that he will have Mexico pay for the construction of the wall he promised to build on the southern border with Mexico.

"I don't want to cause a problem, but in the end, Mexico's going to pay for the wall," Donald Trump said at a campaign rally amid his supporters in Nashville, Tennessee, adding that "they will enjoy it".

"They do absolutely nothing to stop people from going through Mexico, from Honduras and all these other countries. They do nothing to help us," Trump said.

Trump's insistence on the idea that Mexico would be the one paying for the border fence has caused strong tensions with the Mexican government, which has voiced its rejection on many occasions.

In response to Trump's latest repeat, Mexican President Enrique Peña Nieto answered on his official Twitter account that Mexico will never pay for a wall "not now, not ever."

It previously led the Mexican president to cancel trips to visit the U.S. president in Washington D.C., an appointment that still has not happened despite Trump's refraining from mentioning the idea.

As Trump failed to get U.S. Congress to approve the wall being built with federal funds, he has returned to his initial proposal that it will be the Mexicans who finance the wall.