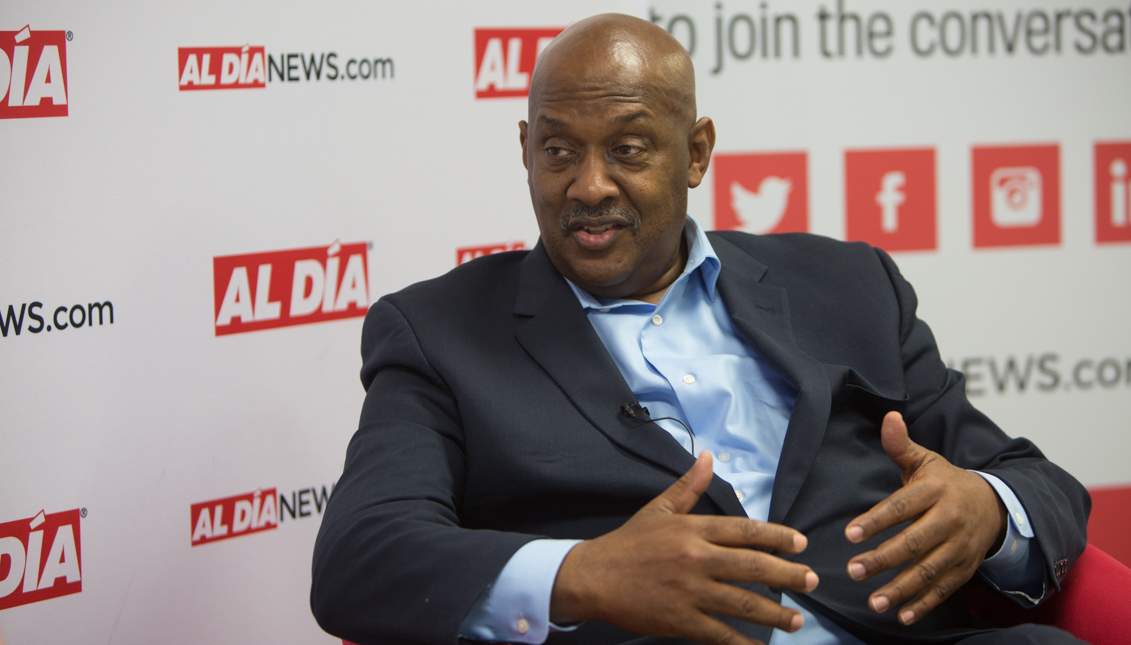 Congressman Dwight Evans has represented Pennsylvania’s 2nd Congressional District since 2016 and now, due to the redrawing of the state’s congressional map earlier this year, he is running against Kevin Johnson for the 3rd District, which includes neighborhoods in Central, West, and Northwest Philadelphia. The Pennsylvania primary election takes place on Tuesday, May 15.

Prior to serving in U.S. Congress, Evans represented the 203rd District in the Pennsylvania House of Representatives for 35 years. Areas of focus for his re-election campaign include addressing poverty, improving education, affordable housing, and increasing access to fresh food.

(This interview has been edited for brevity and clarity.)

What was your proudest work was during your 35 years in the State House?

Addressing the issue of food insecurity by putting supermarkets in insecure areas. I was very proud of that, so much so that that program went from a state program to a national program. When President Obama was president and the first lady was pushing a program called “Let’s Move”, which was dealing with childhood obesity, basically I was able to pass that idea onto the national level. And it puts supermarkets in areas where there wasn't quality food and vegetables. That is something very important, and as of results of my actions, I got appointed to the agriculture committee.

Everybody likes food, you know? Food is medicine and food is foreign policy, and we shouldn't take that lightly because food has a great deal to do with effects in our lives and what takes place. So I was able to take what I did at the state level, take it to the national level and be a strong advocate for it, so much that the current administration is pushing a food policy. I’ve met with the secretary of agriculture and they're now talking about it. So I’m extremely proud that I was able to address the issue of food insecurity. It’s not an issue, in my view, that is Democrat or Republican, liberal or conservative. It’s an issue that is most important for all of us.

What have you accomplished in these 17 months you've spent in U.S. Congress?

We just voted on a budget bill. They should now call me the housing congressman—community block grant, the importance for affordable housing, PHFA, which is the the state organization that makes money available... We were able to get money in those areas. PHA, the Philadelphia Housing Authority, got money. So that is something that didn’t happen before and I’m proud to say that I used my vote in a very strategic way to make that happen. Also got money for childcare. That was also something very important. So I don’t think you should take lightly about how a person uses their vote in a strategic way. I’ve always said you do not want a person sitting in this position just warming up the seat. I’ve only been there for 17 months and I’ve figured out a way to use my vote in a strategic way.

In addition to that, I am the ranking member on the Small Business Committee's Subcommittee on Economic Growth, which deals with capital and tax policy. That is something that shouldn’t be taken lightly. I had the ranking member, Congresswoman Nydia Velázquez, come to Philadelphia just this week to meet with women entrepreneurs. She is the first Puerto Rican congresswoman to ever be elected in the United States Congress. She is from New York. She is a fantastic person. When we the Democrats take charge, she will be chairperson of the Small Business Committee and that is extremely significant, being that small business is the backbone not just for this city, but of the nation. So I’m proud to say that we invited her here for a roundtable discussion, talking to women, African American women, Latino women, and basically talking about how to get access to capital. That is not something we should take lightly.

So I’m using the tools in what I call my toolbox: my vote, understanding how to use strategically my vote and get results for the city and for the state, as well as inviting, strategically, the right players to deal with the national issues.

With the current political climate, it's a polarizing time for our country. Are bipartisan solutions in government possible, and are they what we should be working toward?

Nearing its half-century mark, Norris Square Neighborhood Project maintains its commitment to community strength
December 5th, 2022
Who is Pete Aguilar? Soon to be Democrats' most powerful Latino in the House
November 30th, 2022
Where did the term, Black Friday, come from? It has roots in Philadelphia
November 25th, 2022

The answer is yes. You always have to be an eternal optimist. You always have to give people the sense of hope. President Obama wrote a book called the "Audacity of Hope," and we should never be fearful of the element of change. If you look at the nature of this country, from where we started, where African Americans could never, women could never, and Latinos where not part of the process. I feel very proudly that this a prolonged struggle.

Frederick Douglass, who is my hero, used to talk about how in order to get progress, there is struggle. There is no way you can get progress without struggle. It’s all interconnected, like the fight we're doing on the Dreamers. That is a fight that is not just labeled to Latinos, but people with African descent, Caribbean descent,—they also fight the issue around Dreamers. So that’s something I’ve been fighting in Washington D.C. by writing letters, by protesting. The President is playing politics with the Dreamers. They are as much as part of this country as anyone. Dr. King said, “Although we may have come here in different boats, we are on the same boat now.” So I share with you that.

Puerto Rico, in terms of what’s happening with the disaster and the reality that this president hasn’t been as aggressive as he should be. I voted specifically for aid for Puerto Rico. I understand what Puerto Rico meant. I’ve been there a number of times personally and I share that with you because a keyword is understanding proximity to a problem. I think I have understood the proximity to the problem.

If you check my record, which I’m very proud of, not apologetic about it, that's how you get things done. You get things done because you work on it and you build it. It just doesn’t happen, it takes time. You gotta trust the process. That’s the thing you gotta understand. So I share with you an understanding of the struggle.

When you look at Philadelphia from where we started to where we are today, there is a lot of work we still have to do. There is still too much institutional racism, too much discrimination, but we gotta prolong. When i had the opportunity to sit with Congressman John Lewis, who is one of my heroes, and I watched him walk across the Pettus Bridge when i was 11 years old on the walk Walter Cronkite. Now I walk across that bridge with Congressman Lewis. He has a book called “ Walk in my Shoes” where he talks about, if you think things haven't changed, look at where he was and where we are today.

Look, I voted for the impeachment of the president of the United States. I was one of 68 people that voted for that. I don’t say that lightly. I say it because I think it’s been demonstrated that this president fired the FBI director, fired the attorney general, and it is clear from his behavior that he is not fit to be president, in my view. I didn’t vote for him, I didn’t support him, but I think he needs to understand he is not above the law. No one is above the law. It's that little document called the Constitution. We are sitting here where it all started, right? That is something we shouldn’t take lightly. That is something I don’t take lightly.

For our full interview with Rep. Dwight Evans, visit us on Facebook.