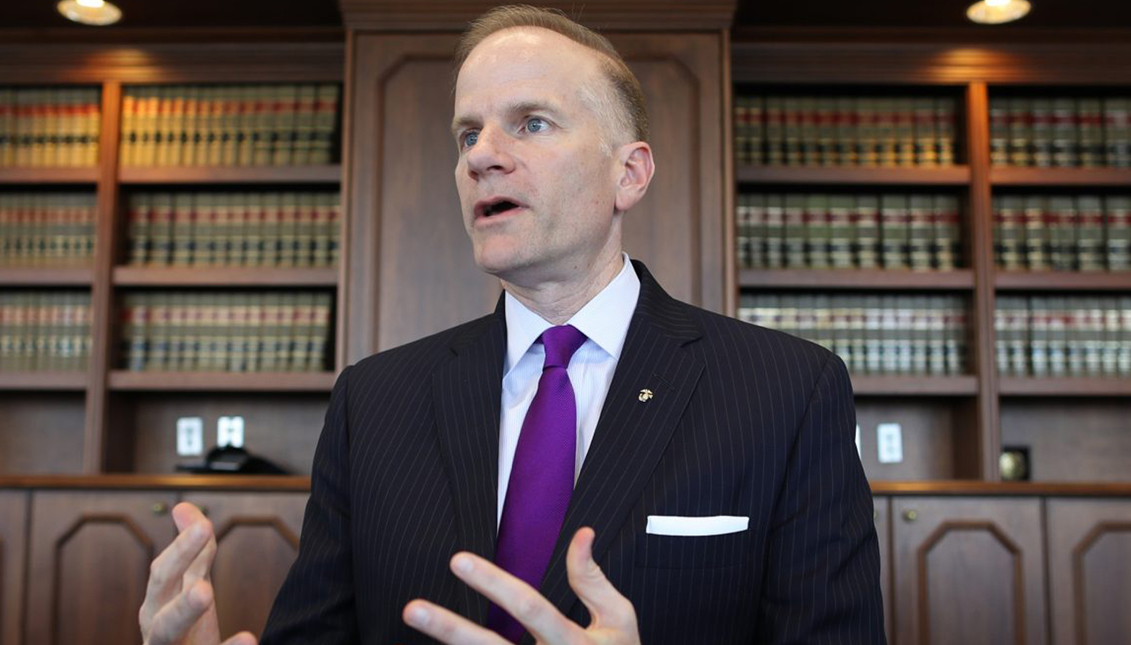 McSwain’s resignation letter said his stepping down is part of the normal transition process from the Trump to Biden administrations.

On Jan. 14, 2021, U.S. Attorney William McSwain announced his resignation from his spot as the top prosecutor in the Eastern District of Pennsylvania, set to take effect on Jan. 22, 2021.

According to a resignation letter released by his office, McSwain’s move is part of the normal transition process between presidential administrations as Joe Biden will be inaugurated as the 46th President of the United States of America on Jan. 20.

The Eastern District of Pennsylvania is one of the biggest U.S. Attorney’s Offices in the U.S., serving nearly 6 million people in Philadelphia and eight surrounding counties including Chester, Delaware, Lancaster, Lehigh, Montgomery, and Northampton.

McSwain was first recommended for the position by Pennsylvania Senators Bob Casey and Pat Toomey before being appointed by President Donald Trump. He took office on April 6, 2018 following the resignation of Obama appointee Zane David Memeger.

In his letter, McSwain thanked the leaders who advocated for his appointment and wrote about what it meant to rise to government leadership close to home.

“I will always be grateful to have had the opportunity to serve as U.S. Attorney in the district in which I have lived for most of my life, in the city in which I was born, and in the office where I learned to be a trial lawyer as an Assistant U.S. Attorney,” it reads.

In his time in office, McSwain engaged in many public disputes with Philadelphia District Attorney Larry Krasner while pushing an agenda that punished repeat offenders in the region, rooted out corruption, and targeted drug traffickers among other initiatives.

Against Krasner, McSwain regularly challenged the DA’s policies that he perceived as “soft on crime,” while blaming him on multiple occasions for Philadelphia’s spike in murders.

In the corruption sphere, McSwain’s office brought a number of charges against officials in Philly, Reading, and Allentown that resulted in prison sentences.

McSwain will return to private practice in Philadelphia.