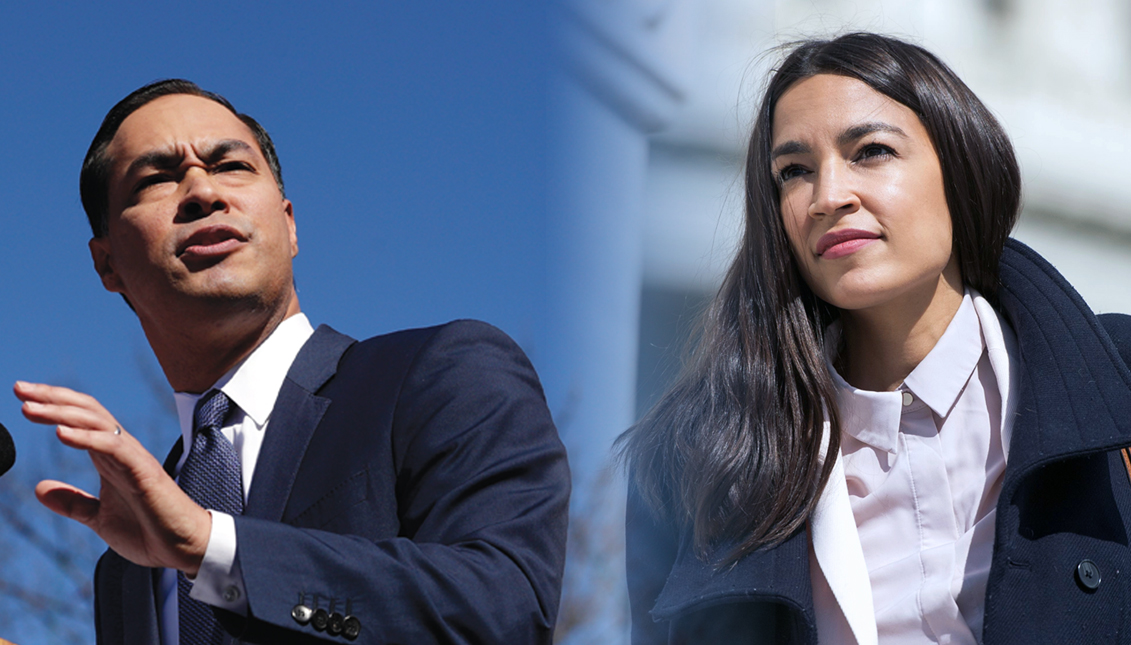 From AOC to Julián Castro. The Latinx leaters featured in the DNC. Photo: Getty Images

The Latinx politicians to look forward to at the Democratic convention

Alexandria Ocasio-Cortez is among three high-profile latinx leaders speaking in the 2020 Democratic National Convention. In total, there are seven Latinx politicians scheduled to participate next week.

They will join the likes of former president Barack Obama and former first lady Michelle Obama, as well as the Clintons and newly-announced Vice Presidential pick Senator Kamala Harris.

Along with AOC, New Mexico Gov. Michelle Lujan Grisham and Nevada Senator Catherine Cortez Masto will speak at the convention, with other notable politicians like former Democratic presidential candidate Julián Castro also scheduled to have a role in the convention.

AOC, the first-term progressive lawmaker from the Bronx will speak on Tuesday. She will also be part of a segment also featuring Vermont Senator and former Democratic presidential candidate Bernie Sanders. CNN reported that AOC will also be featured in a video which will be featured at the Convention on Wednesday.

AOC’s inclusion, even though she is one of the most prominent political figures on social media, is impressive, and a further sign of the Biden campaign’s attempt to include the progressives into the mix.

Gov. Lujan Grisham, was one of the early favorable choices for Biden’s Vice Presidential pick.

Though she quickly withdrew her name from consideration, Lujan-Grisham has emerged as one of the top politicians in the face of the COVID-19 crisis in New Mexico.

It's time to rebuild our country better than ever before. It’s time to take back the White House. It’s time to elect @JoeBiden & @KamalaHarris. Join us https://t.co/5FK6GeK51C

Lujan Grisham will speak on Wednesday, the same day that will feature AOC.

Catherine Cortez Masto is the third Latinx politician scheduled to speak at the convention on Monday. Sen. Masto serves as the Democratic Senatorial Campaign Committee chairwoman, and like Grisham, was once considered a possible vice-presidential candidate to Biden, but bowed out to focus on COVID-19 relief in her state.

Castro, the former Housing and Urban Development Secretary, delivered the keynote address at the 2012 Democratic Convention and is expected to be featured in a segment featuring former 2020 presidential candidates.

The theme of this year’s convention is “Uniting America,” scheduled to take place virtually from August 17-20.