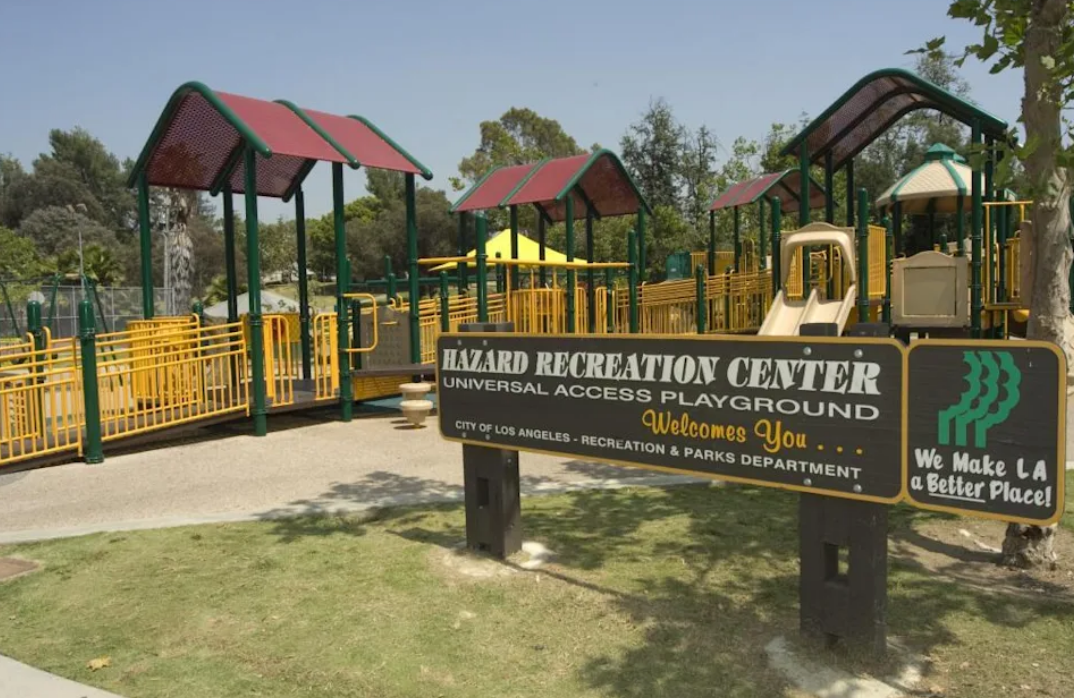 Hazard Park in East L.A. is one of seven sites being recognized across the U.S. Photo: LA Department of Parks & Rec

A bodega, ancestral lands and many parks: The quest to preserve U.S. Latino heritage sites

Seven sites were recently selected by Latino Heritage Scholars, an initiative to exemplify the contributions of Latino Americans to U.S. identity and narrative.

Latino preservationists have listed seven Latino heritage sites across the country in urgent need of conservation, including a Dominican-owned bodega in Rhode Island, and a park in California.

Latino Heritage Scholars, part of an initiative of the nonprofit Hispanic Access Foundation, says these seven sites exemplify the contributions that Latino Americans have made to the nation’s identity and narrative.

We’re excited to release “Place, Story and Culture: An Inclusive Approach to Protecting Latino Heritage Sites” by the #LatinoHeritage Scholars, an initiative of HAF. Find the report here: https://t.co/YKmlR3X9y8 pic.twitter.com/cHVv43k9V1

In a report released Wednesday, July 8, the group stated that many of the sites they picked are in danger due to physical deterioration or gentrification.

Manuel Galaviz, the report’s co-author, said in a statement that despite Latinos continuing to prove themselves to be essential to the U.S., many of these heritage sites are “disproportionately excluded” when it comes to conservation.

Galaviz, who successfully worked towards earning a National Historical Landmark status for Chicano Park in Los Angeles, said the sites can be federally protected through the Antiquities Act.

Enacted in 1906, the measure gives the president the ability to “declare by public proclamation historic landmarks, historic and prehistoric structures, and other objects of historic or scientific interest that are situated on land owned or controlled by the Federal Government to be national monuments.”

"These lands, their history and their connection to the people who live there are older than our nation itself." @POTUS has the power to protect culture and places using the #AntiquitiesAct. Via @HispanicAccess & @NuestraTierraNM https://t.co/SFgzEJ1Eyl

Latino Heritage Scholars is hopeful their list will demonstrate the indispensable nature of these sites. Co-author Norma Hartell, an anthropologist, described them as “telling a more complete story of the contributions of diverse communities to this nation.”

The sites in need of preservation consist of ancestral lands in El Paso, Texas, Hazard Park in East L.A., Chepa’s park in Santa Ana, California, a neighborhood in El Paso, a market in Providence, Rhode Island, Friendship Park on the California-Mexico border, and the Gila River between Arizona and New Mexico.

Castner Range, the ancestral lands of Comanche and Apache has become a testing ground for artillery shells and was used for weapons training by the Army in several wars. The Latino preservationists maintain it continues to be considered sacred land by Indigenous communities, and holds many historical and cultural artifacts, as well geological and environmental resources.

Chepa’s Park in Santa Ana is located in California’s oldest Mexican-American neighborhood, named after Josephina “Chepa” Andrade, who led the opposition to freeway construction through the neighborhood, and is now facing gentrification.

In New England, the Dominican-owned bodega, Fefa’s Market, holds a significant history of its own. It was opened in the mid-1960s by Josefina Rosario, known as Doña Fefa, who helped establish one of the largest Dominican communities in the U.S.

Friendship Park, on the California-Mexico border, was inaugurated by former first lady Patricia Nixon, stating: “May there never be a fence between these two great nations so that people can extend a hand in friendship.”

The park also served as a popular spot for families and a base field for Mexican-American teams who couldn’t play in other fields. It remains one of the few green public spaces in the area.