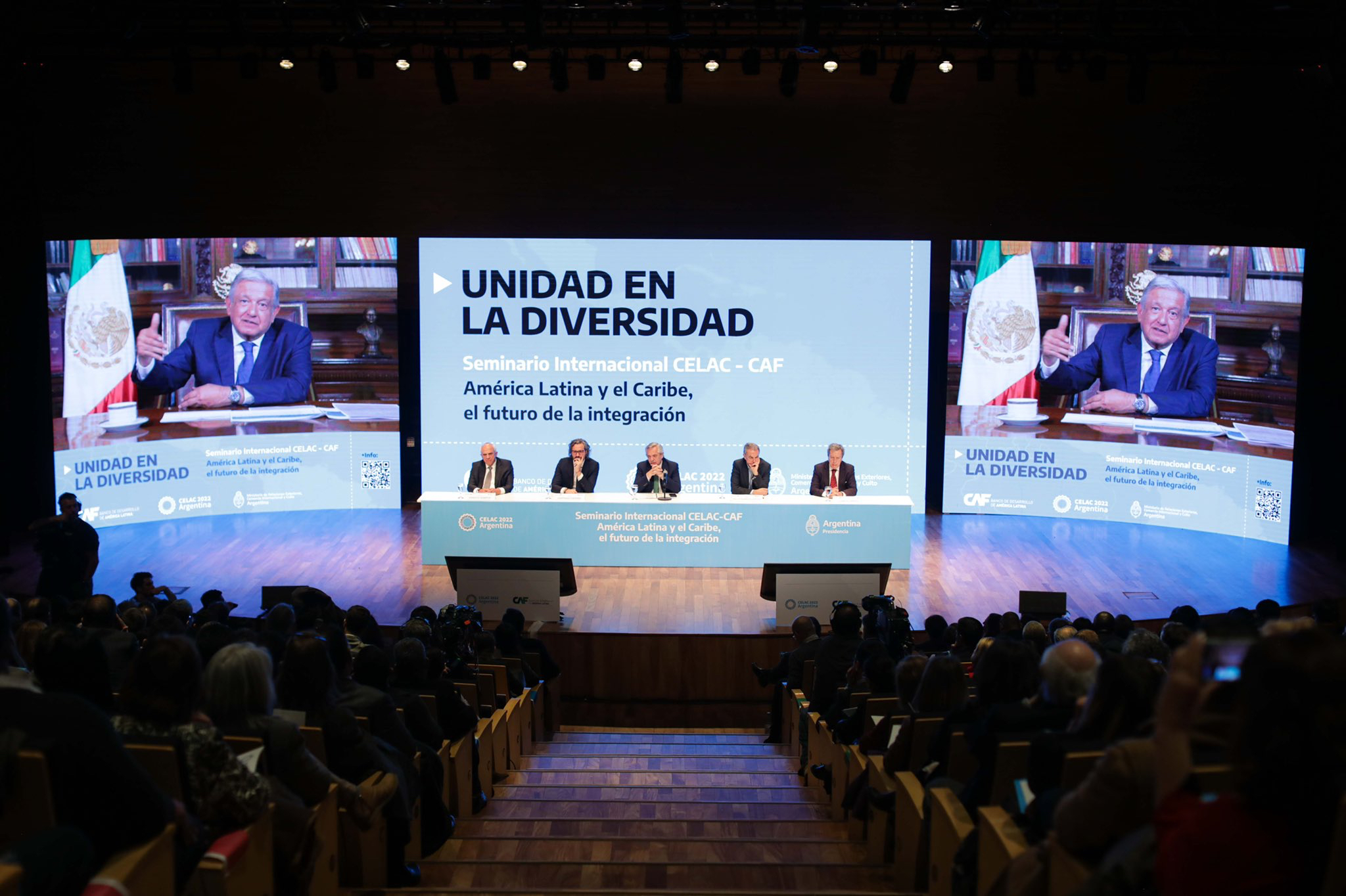 "The decision to unite allows any tragedy to find us stronger. It is a great opportunity and a huge challenge," wrote President of Argentina Alberto Fernández on Twitter. Photo: Twitter- Alberto Fernández.

Latin America hopes to empower itself through CELAC

The purpose is to strengthen the progress of regional integration to advance the institutionalization of the Community of Latin American and Caribbean.

The debate took place at a seminar held in Buenos Aires by the Community of Latin American and Caribbean, and featured the participation of several Ibero-American presidents and former presidents.

It was organized by Argentina's pro tempore presidency of CELAC and the Development Bank of Latin America-CAF, and explored how the organization for dialogue and political coordination created in 2010 can be "empowered" to respond to the problems and challenges shared by the 33 Latin American countries that are part of the collective.

"We must take advantage of peace and unity to achieve development and social justice," said Alberto Fernández, President of Argentina.

He also pointed out that there are "two blockaded countries" on the continent — Cuba and Venezuela — and "that is unforgivable."

"Let's hope that the blockade ends soon and that Venezuelans live in democracy, choosing freely," he said.

The worst countries in Latin America for retirement
September 21st, 2022
Port of Montevideo triples its capacity and aims to become a regional hub
September 12th, 2022
What countries in the Americas are still under the British crown?
September 8th, 2022

In a recorded message, Andres Manuel Lopez Obrador, President of Mexico said that continental integration, including the United States and Canada, is "complex" but "important."

"It would be exceptional to achieve the integration of all America, just as the European Union emerged and was consolidated, why not something like that in all America? We have to convince the governments of Canada and the United States. The obsolete policy of interventionism must change," he said.

The seminar participants discussed the areas to strengthen CELAC, providing it with technical support, its own financing, a more solid structure, and how to get there.

The meeting was attended by former presidents José 'Pepe' Mujica of Uruguay, Ernesto Samper of Colombia and Vinicio Cerezo of Guatemala.

In addition, there were expressions of support for former Brazilian President Luiz Inácio Lula da Silva, who will compete on Oct. 2 for the presidency of his country against incumbent Jair Bolsonaro.