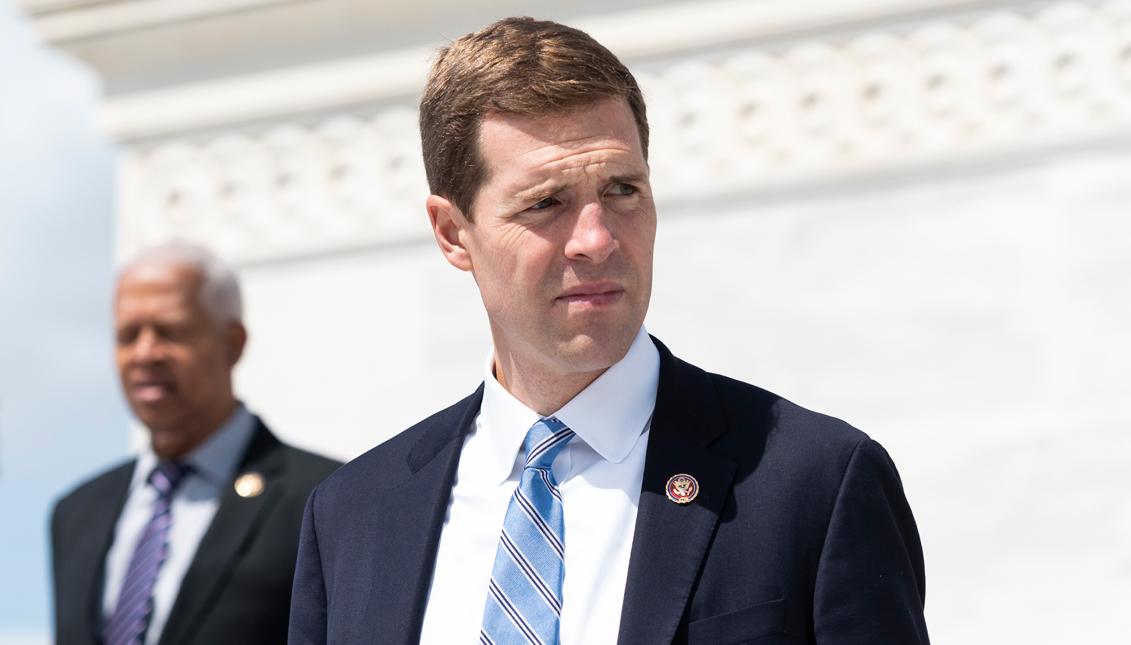 U.S. Rep. Conor Lamb is a late-comer to the U.S. Senate race in the state, but has picked up steam in a hurry. Photo: Getty Images

Kenney endorsed the moderate Democrat after endorsing the progressive U.S. Senator Elizabeth Warren for president in 2020.

“In addition to liking Conor, respecting him, respecting his intelligence…I wanna win and I think this is the way to win,” Kenney said Tuesday at a City Hall press conference.

Lamb, who represents a broad strip of suburbs in Pittsburgh, has been spending a lot of time in Philadelphia recently, hoping to grow support in a region home to many of his Democratic competitors, including PA State Rep. Malcolm Kenyatta and Montgomery County Commissioner Val Arkoosh.

In endorsing U.S. Rep. Conor Lamb for Senate, Kenney called him the best shot at a Dem win in November and compared him to Sen. Bob Casey. "I think Conor and Bob Casey together would be a wonderful team." https://t.co/q8TCHX7iwl

Earlier this month, Lamb was unanimously endorsed by the Philadelphia Building & Construction Trades Council, made up of 30 labor unions in the city and surrounding suburbs.

In his introduction, Ryan Boyer, Trades Council leader who also leads the Laborers District Council, made clear that Lamb’s stance on organized labor and the fracking of natural gas in the state, made him their obvious choice.

“He understands that we work in the energy industry, that we want to protect the environment, but we also want to protect our jobs. And Pennsylvania has a perfect solution for energy, a bridge fuel, and natural gas,” Boyer said.

Kenyatta has also landed some big endorsements in his home city, including from Philadelphia’s largest municipal workers union District Council 33, the Philadelphia Federation of Teachers and the statewide healthcare union, SEIU.

Lamb spent seven years in Philadelphia while attending the University of Pennsylvania, and promises to be “a senator for Philadelphia.”

He released his first digital ad on Dec. 29, the first in a series called “Pennsylvania Democrat.” In the 30-second video, Lamb lists some of his main priorities, including voting rights and the right to unionize.

Some people try to divide our party, & just want to talk about labels like “progressive Democrat” or “moderate Democrat.”

In our first ad of the #PASen campaign, I talk about what that means to me. pic.twitter.com/H2906hykZE

“I believe in the right to vote, and the right to organize and bargain. The right to have a say in your government, and also in your workplace with your wages. All these freedoms are under attack like never before. And it's up to us to defend them,” Lamb said.

Lamb said his frequent trips to the city represent his attempt to win over people all the way from “Philadelphia to Greene County,’ and that winning will only be possible if working people and middle-class people everywhere are behind the same ticket.

“He’s from a different area, not necessarily a Philadelphia-loving area, but he has been one of the best senators we’ve ever had. I think Conor and Bob Casey together would be a wonderful team,” Kenney said.

“Conor has a clear record supporting the right to choose, protecting the right to vote, increasing the minimum wage, and preventing gun violence. He is the strongest candidate to defeat Trump’s forces and break the political gridlock in the Senate,” Kenney said.