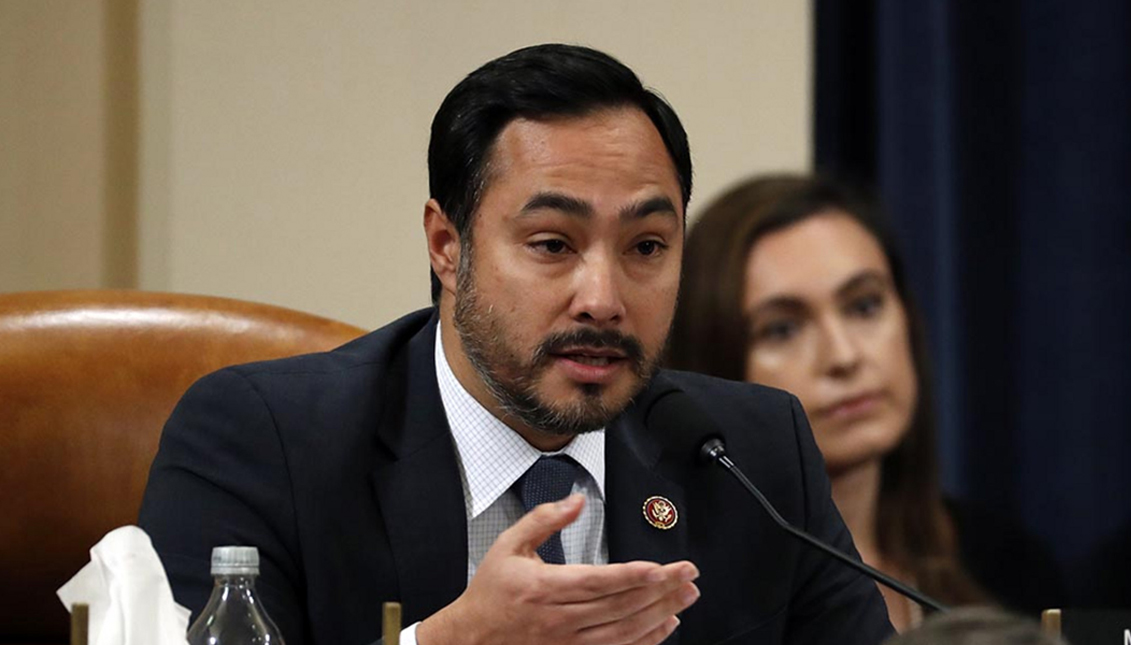 Joaquin Castro announced his bid for chair of the House of Foreign affairs in July. Photo: Getty Images.

The move could bring more representation to Latinx leaders at the highest levels of power.

Now in his eighth year in Congress, Rep. Joaquin Castro announced his candidacy for Foreign Affairs Committee Chair on July 21, saying he believes the United States must put diplomacy at center stage.

I believe we must put diplomacy at the center of our strategy to achieve a more open, peaceful and just world.

Let’s have a real debate about the future of U.S. foreign policy.

That’s why I’m running for Chair of the House Foreign Affairs Committee.https://t.co/fDrOHXlZ7C

The San Antonio native believes he is the right candidate for the position, as he will put progressive foreign policy at the forefront of the committee’s mission. The current chair of the committee is New York Congressman Eliot Engel, who lost reelection to Jamaal Bowman in June’s Democratic Primary election.

Typically, the decision for who will replace Engel would take place behind the scenes, but with his announcement, Castro challenged a traditional process based on seniority. There are two more senior Democratic members of the committee who say they will also seek the position: Rep. Brad Sherman of California, and Rep. Gregory Meeks of New York.

But Castro, current Vice Chair of the House Foreign Affairs Committee and Chairman of its Oversight and Investigations Subcommittee remains focused on his mission of  protecting the United State’s foreign interests —  especially when it comes to the Trump Administration.

On Aug.20, Castro released a statement on Trump’s attempt to invoke snapback sanctions on Iran under the Joint Comprehensive Plan of Action (JCPOA).

“Last week, the Trump Administration embarrassed the United States on the world stage when it failed to convince our allies and adversaries to extend the arms embargo on Iran. Now Secretary Pompeo is trying to pretend the administration never left the Iran nuclear deal  by invoking snapback sanctions – an essential tool only available to parts of the agreement,” wrote Castro.

“The United States and those committed to diplomacy will have a hard road ahead of us to build back, but we must,” he finished, indicating the ideals he will uphold should he have the opportunity to assume office.

Trump made inroads with the Latino community and could appeal to them ahead of a potential third run
July 12th, 2021
The New Swing Vote: How the Democratic party keeps getting Latino voters wrong
April 5th, 2021
Reps. Joaquin Castro, Ilhan Omar, and more on ‘finding solutions’ for unaccompanied children
March 26th, 2021

In a Medium post in which Castor first announced his candidacy, Castro said what is needed is a new vision for foreign policy instead of a successor who will continue to let these actions slip by.

He emphasized a need for a new generation that promotes inclusive prosperity and democracy, with a more “holistic” view of security abroad. Essentially, Castro is set on the idea that the House Foreign Affairs Committee needs a new direction that fits with the modern day, and he believes he is that fit.

The race isn’t until 2021, but tensions are expected to heat-up by then, as Castro has called for a need for a public debate on the future of foreign policy, instead of a decision made behind closed doors.

It’s definitely a race worth waiting for.