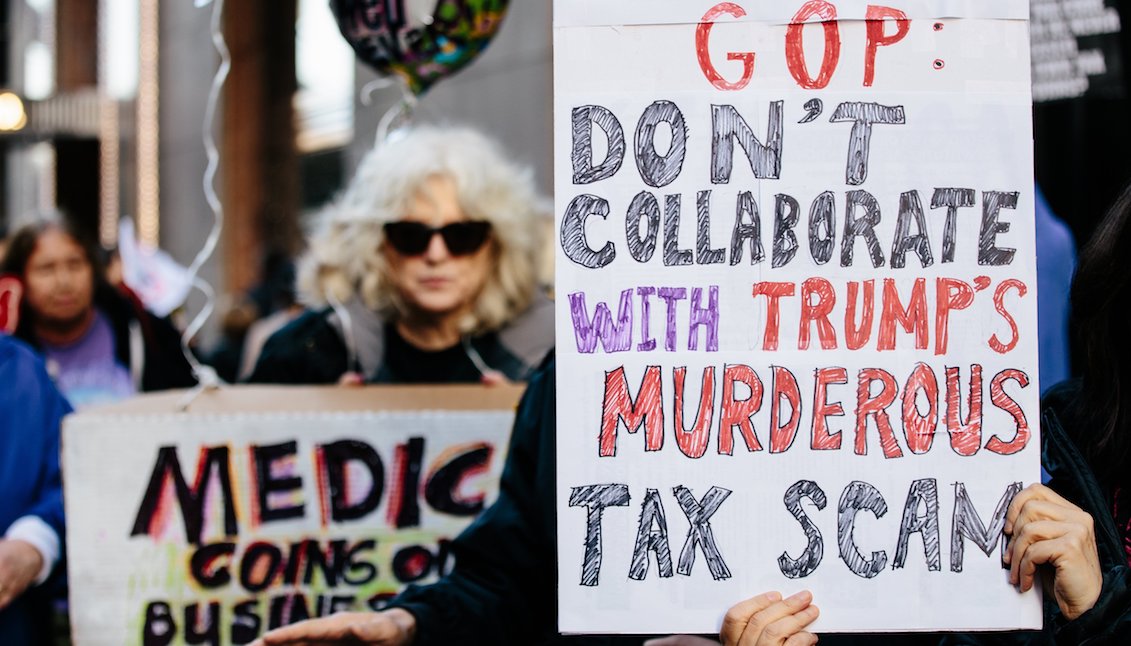 View of a poster during a protest by the Granny Brigade against the tax reform on Tuesday, November 21, 2017, outside the Trump Tower in New York (USA). EFE / ALBA VIGARAY

It never rains but it pours: the Tax Reform directly affects the poor, says the Congressional Budget Office.

It’s not just Democratic tantrums: the negative effect that Trump's tax reform will have on the lower income population in the United States is an almost…

We said it loud and clear: the Republican fiscal reform is a design with very narrow social outlooks. But to corroborate this, the Congressional Budget Office (CBO) has issued a statement on November 26 where it makes clear the recommendations for reconciliation in the Senate Finance Committee.

The analysis is very simple: while the Senate Republicans' tax bill grants substantial tax cuts and benefits to Americans who earn more than $ 100,000 a year, the poorest citizens will not receive such a generous piece of the pie.

According to the Washington Post, Republicans are "aiming for the entire Senate to vote on the tax bill no later than this week," but the CBO’s analysis could complicate the plans.

“The CBO also said the bill would add $1.4 trillion to the deficit over the next decade, a potential problem for Republican lawmakers worried about America’s growing debt,” the Post says.

The Office of Congress projects not only an increase in the deficit but, through the reduction of taxes to businesses and many individuals, will also radically change health coverage, which will profoundly impact the families with the lowest incomes that will see cut the government subsidies for health care. 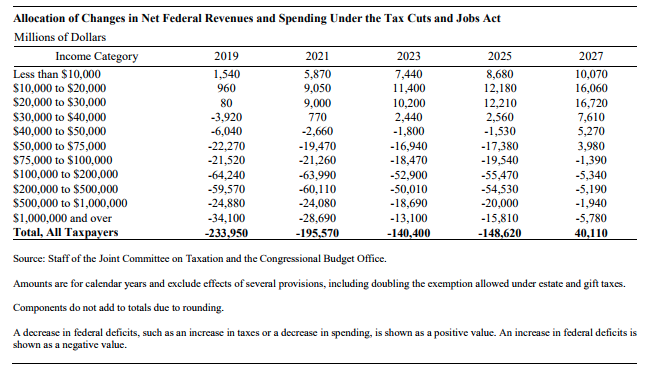 Source: Report of the Budget Office of the Congress. November 26, 2017

In addition, the CBO projects that health coverage premiums will increase upon approval of the law, leaving 4 million Americans without medical coverage by 2019 and 13 million by 2027.