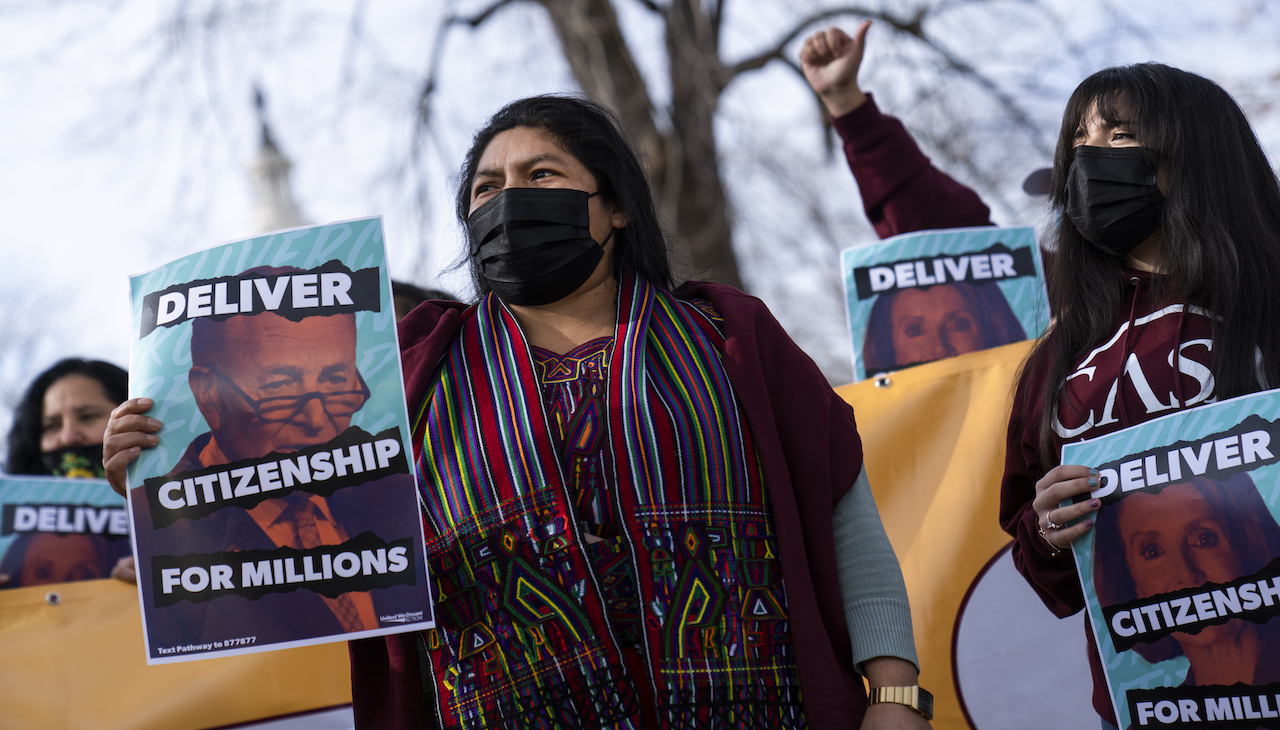 House Democrats will introduce the bill to the House of Representatives that is set to create a pathway to citizenship for millions of undocumented immigrants.

A draft advisory for the bill told Latino Rebels, “Specifically, the bill establishes a seven years of presence eligibility to apply for a green card. It incorporates a rolling component so that future legislation would not be required to update the INA registry.”

A bill similar to one already in place, the Immigration and Naturalization Act (INA) of 1952, since first introduced, has been updated on a number of occasions, the biggest being moving forward the date that immigrants become eligible to get a green card. The new bill to be introduced would update the registry date by replacing the one before, Jan. 1, 1972, making it a requirement for immigrants to be present for seven years to be eligible.

Maria Mercado, a spokeswoman for Movement for Justice in El Barrio, an organization mainly made up of immigrant women, called on other members of Congress for support.

“This would provide immediate relief to essential workers, DREAMers, TPS-holders and farmworkers… Immigrants have always been essential workers that have sustained the economy of this country. That was made much more visible to all throughout the pandemic, when essential workers sacrificed and risked their lives on a daily basis for civil society. If a pathway to citizenship is not approved now, then what will happen years down the line when civil society begins to forget these efforts?” she said.

The old bill has lived as a law for the last half century, but Congress can make it accessible to millions of undocumented people by passing a new bill.

According to FWD.us, a pro-immigration group, more than 73,000 undocumented immigrants through registry have secured green cards but with every year that passes, more immigrants are forced to miss the cut off entry due date because of eligibility.

But since the registry date has not been advanced past 1986, to qualify, one must have lived in America for more than 40 years. If Congress were to advance it, it would extend that eligibility for millions of immigrants who have worked and lived honestly in the states for years. With Congress admittedly having few options to modernize the current immigration registry system, advancing the date change would be a huge deal for many and a step forward.

However, despite the optimism, this is the kind of bill that the House usually rejects especially when it comes to immigration reform of any sort, so the likelihood of it passing is slim but surprises have happened before.

TAGS
femed75800
Amazing! I've been making $100-200 every hour since i started freelancing over the internet half a year ago... I work from home several hours daily and do basic work i get from this company that i stumbled upon online... I am very happy to share this work opportunity to you... It's definetly the best job i ever had...

𝐎𝐩𝐞𝐧 𝐓𝐡𝐞 𝐋𝐢𝐧𝐤———–>>> 𝘄𝘄𝘄.𝗡𝗲𝘁𝗖𝗮𝘀𝗵𝟭.𝗖𝗼𝗺
pelex42588
I Get Paid 0ver 107 per hour w0rking from h0me. I never thought l'd be able to do it but my colleague makes over 15471 a m0nth doing this and she convinced me to try. The p0ssibility with this is limitless.
SEE MORE HERE... 𝗪𝘄𝘄.𝗦𝗺𝗮𝗿𝘁𝗝𝗼𝗯𝟭.𝗰𝗼𝗺
nowohoh617
I’m making over $17k a month working part time. I kept hearing other people tell me how much money they can make online so I decided to look into it. Well, it was all true.
This is where i started… 𝐰𝐰𝐰.𝐑𝐢𝐜𝐡𝐣𝐨𝐛𝐳.𝐜𝐨𝐦
Log in | Register
00:00 / 00:00
Ads destiny link