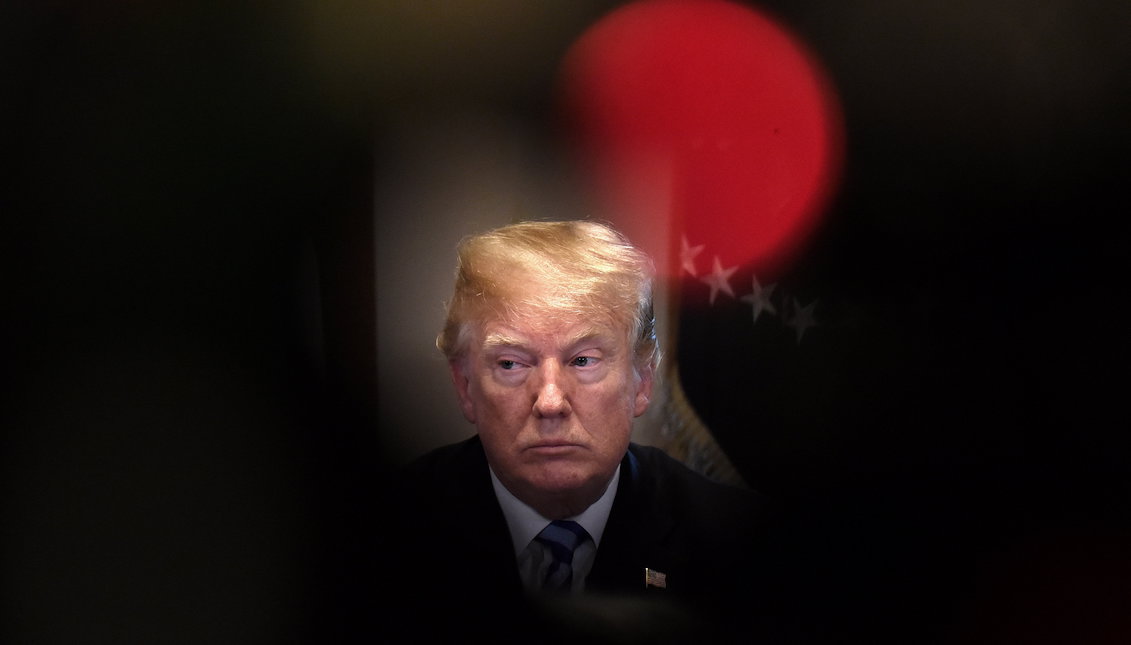 For Trump, immigrants are "animals"

The risk of a good political propaganda is that, from repeating lies, people end up believing them or, in the worst case, using them as means for more perverse ends.

Just this week, President Trump rewrapped his racist rhetoric when, at a meeting with California Republican leaders in the White House, he called undocumented immigrants "animals."

"We have people coming into the country or trying to come in- we’re stopping a lot of them, but we’re taking people out of the country. You wouldn’t believe how bad these people are," said the president. "These aren’t people. These are animals."

According to USA Today, Trump's comments were fueled by the allegiance of Fresno County Sheriff Margaret Mims, who complained that "the state forbids her from telling the U.S. Immigration and Customs Enforcement (ICE) about undocumented immigrants in her jail, even if she suspects that they’re part of a gang."

But what is not confirmed, ICE will invent it.

A report by SLATE made public illegal ICE strategies when apprehending immigrant citizens under unfounded suspicions.

“U.S. District Judge Ricardo S. Martinez shot down federal government’s efforts (last Tuesday) to strip Daniel Ramírez Medina of his DACA status," SLATE explained. "Immigration and Customs Enforcement had arrested and detained Ramírez last year, then falsely claimed that he was affiliated with a gang and attempted to deport him."

Ramírez filed a lawsuit alleging that "ICE violated his right to due process," with which the judge agreed.

His sentence blocked the removal of his status and allows him to remain legally in the country for years to come.

But Judge Martinez not only ruled in Ramírez's favor, he also accused ICE of "lying to a court of law," SLATE continues.

“ICE’s ‘conclusory findings,’" he wrote, "have ‘been contradicted by experts and other evidence.’ The government ‘produced no evidence’ to contradict multiple experts’ testimony discrediting ICE’s bizarre interpretation of Ramirez’s tattoo. And its claims are ‘completely contradictory to the government’s own previous findings after extensive background checks that were meant to uncover evidence of ‘known or suspected gang association.’”

“Most troubling to the Court,” Martinez continued, “is the continued assertion that Mr. Ramirez is gang-affiliated, despite providing no evidence specific to Mr. Ramirez to the Immigration Court in connection with his administrative proceedings, and offering no evidence to this Court to support its assertions four months later.”

To aggravate the matter, the circumstances of Ramírez's detention are "extremely disturbing." According to the media, during the month of February 2017 and after the establishment of the new ICE measures, agents of the agency "went to Ramírez's father’s house in Seattle to arrest him. (His father is undocumented, and brought Ramirez to the U.S. illegally as a child). While there, they encountered Ramírez and asked him if he was 'here legally.'" He responded that he was, as he is a beneficiary of the DACA program. However, "the officers detained him and took him to a processing center,” where he insisted again that he had a work permit, to which the agents responded: "It doesn’t matter because you weren’t born in this country."

Ramírez’s case —far from being the only example in the country—only shows that presidential rhetoric and propaganda has allowed for the establishment of a new pattern in which the immigrant has gone from being a "wetback" to a "gang member" by definition.