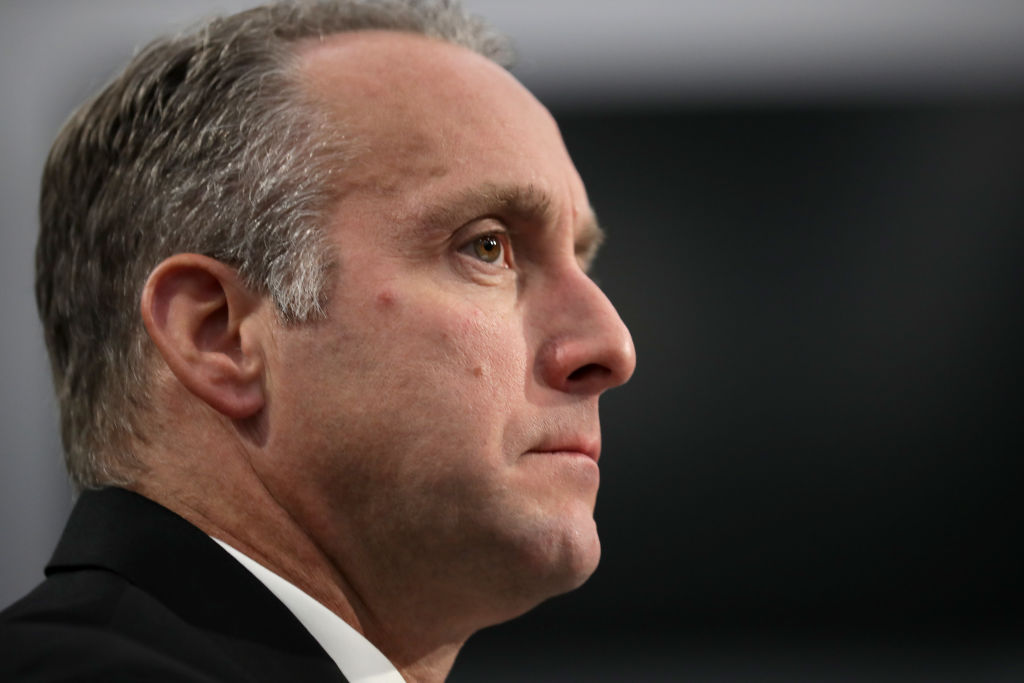 The current ICE Director, Matthew Albence, was on the hot seat on Capitol Hill but pushed back in defense of his agency.

The head of Immigrations and Customs Enforcement (ICE) said without interior enforcement there will be magnets for migrants to continue coming at record rates.

The Acting Director of ICE is Matthew Albence and at a hearing on July 25, 2019, he stated, “The reality is, if our immigration laws are only enforced at the border and you fail to provide adequate resources to ensure that those who have entered illegally proceed through the immigration process, and if order removed are actually removed, the entire system will break down. This failure will serve as a magnet for additional aliens to illegally enter the country and you will never have a secure border.

Albence was testifying in front of the House Committee on Appropriations which held a hearing entitled, “U.S. Immigration and Customs Enforcement Oversight Hearing.”

The hearing was in the Homeland Security Sub-committee, which is chaired by Lucille Roybal-Allard, who is the first Latina to chair any sub-committee on the Appropriations Committee.

“As chair of this sub-committee, I am committed to ensuring the integrity of our borders and strengthening our immigration system, but I am equally committed to making sure we do so according to all our laws and in a way that exemplifies our American values. In particular, we must ensure that in accordance with our laws and values those fleeing violence and persecution must have meaningful opportunities to seek asylum.

“We must get this balance and I believe that we can if we work together. It is a false choice to believe that more migrants need to be unnecessarily detained, and that cruel and exclusionary immigration laws need to be enacted in order to ensure security in our country.”

In front of Roybal-Allard was a quote from the Constitution, “No Money shall be drawn from the Treasury but in Consequence of Appropriations made by Law.”

That makes the appropriations committees in Congress Constitutionally mandated, and since they also control the purse strings, are also very powerful.

Albence was in front of the committee in support of a budget request for ICE of $9.3 billion, according to his written testimony, for Fiscal Year 2020, which starts October 1.

Albence Explains the Crisis
Albence was often mirroring what members of the Customs and Border Protection Families and Children Care Panel (CBPFCCP) told the United States Senate Committee on Homeland Security and Governmental Affairs in a hearing from July 17, 2019, which was also covered by AL DÍA.

The roots of the crisis is the explosion of migrants, particularly family units from Central America, that has crossed our borders since Trump took office.

He said several wrongheaded policies, like a new reading of the Flores Agreement, have exacerbated the situation.

“While ICE’s immigration enforcement is focused on the interior, the current situation at our border directly impacts this agency and its resource requirements. CBP’s 780,633 encounters include more than 390,000 members of family and 63,000 unaccompanied alien children,” Albence said. “This represents 63 percent of all Southwest border encounters in FY2019 year to date.

“Notably, in the last few months, ICE alone has been forced to release 215,000 members of family units into the interior of the United States due to the Flores Agreement.”

The Flores Agreement, “requires the federal government to do two things: to place children with a close relative or family friend ‘without unnecessary delay,’ rather than keeping them in custody; and to keep immigrant children who are in custody in the ‘least restrictive conditions’ possible,” according to a 2018 Vox story.

In 2017, a court order expanded the Flores Agreement to apply to family units as well, when it previously only applied to UACs.

The CBPFCCP, in its report, also said the Flores Agreement’s 2017 augmentation was creating a pull.

“The crisis is further exacerbated by a 2017 federal court order in Flores v. DHS expanding to FMUs a 20-day release requirement contained in a 1997 consent decree, originally applicable only to unaccompanied children (UAC),” the report stated.

Albence also said the credible fear standard must be addressed.

If someone is apprehended at the US border, they are placed in expedited proceedings unless they express a “credible fear” in the initial interview and request asylum.

They are then allowed to stay in the US while that claim is adjudicated, possibly for years.

Albence stated that only 15 percent of asylum claims are ultimately approved, meaning this credible fear standard is being exploited.

“Address the credible fear standard—a threshold standard for those subjected to expedited removal to be able to pursue asylum before the immigration courts,” Albence said. “The current standard has proved to be ineffective in screening out those with fraudulent, frivolous, or legally insufficient claims.”

Albence on ICE’s Demonization
Albence spoke repeatedly about how ICE has been mischaracterized and demonized but when asked by Dutch Ruppersberger, a Democrat from Maryland, to respond to those, like Alexandria Ocasio-Cortez, who want ICE’s abolition, Albence said, “What that means is that they don’t want 140,000 criminals removed from the country every year, that means they don’t want HSI (Homeland Security Investigations) removing 10,000 gang members - arresting 10,000  gang members - every year, that means they don’t want HSI removing 10,000 pounds of opioids from the street, including 3,000 pounds of fentanyl.”

Albence said his agency was being blamed for policy decisions made by others.

On this point, Albence had an ally in Henry Cuellar, a Democrat from Texas.

Cuellar said his district, which includes San Antonio and Laredo, includes many Customs and Border Protection officers and ICE employees.

Albence Vs. Aguilar
The tensest moment of the hearing came when Congressman Pete Aguilar, a Democrat from California, confronted Albence after two of Aguilar’s constituents, both citizens, were still detained by ICE; Aguilar said in both cases there were financial settlements after.

“If a person can prove their citizenship by a birth certificate or passport, why are they being held further by ICE?,” Aguilar asked.

“ICE does not have the lawful authority to say anybody is or is not a citizen. What we do is when we are provided with probative evidence that an individual in our custody looks to be a citizen, we will release that individual from custody,” Albence responded.

Aguilar, in his response, noted he had documents on nine individuals who were detained despite being citizens, each Latino, Aguilar said, “It just strikes me that all these individuals are Latinos and that you’re talking about how someone looks.”

“I was not referring to anybody’s appearance and that was clear from the context,” Albence responded.

He said these decisions were made based on the documentation they receive, not anyone’s skin color.