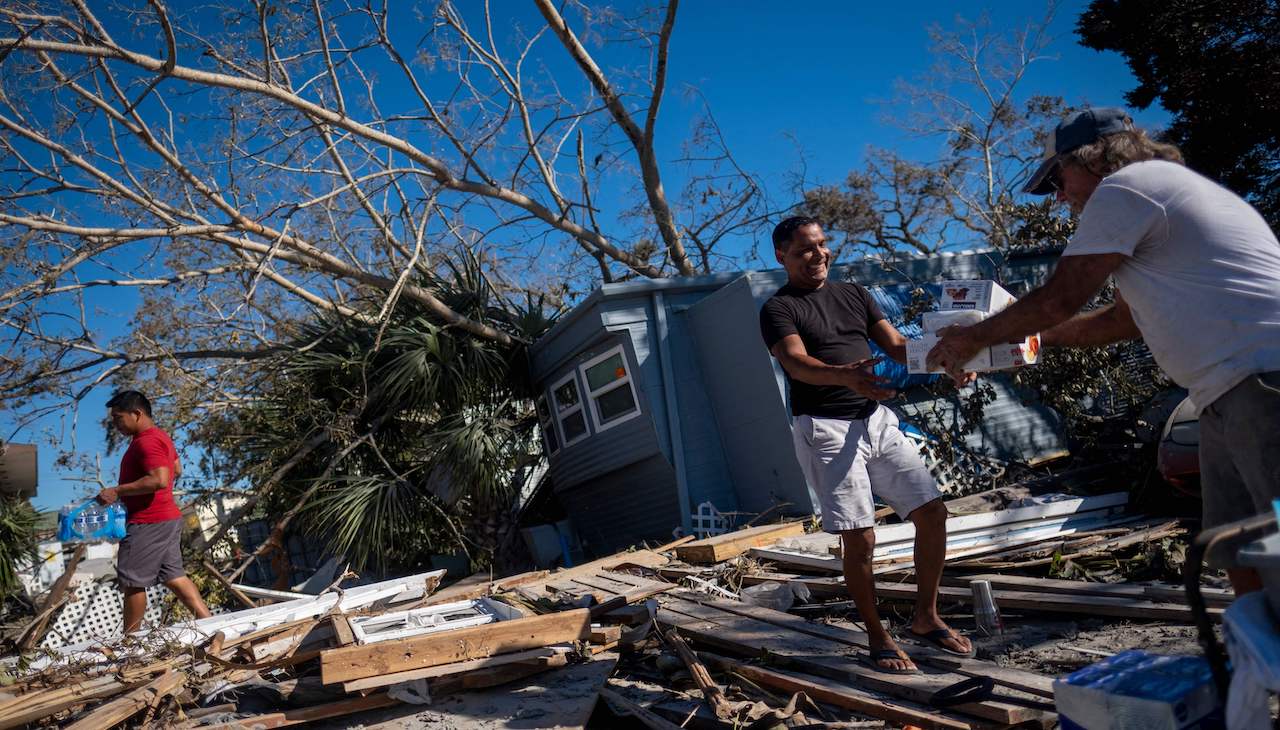 Hurricane Ian could be the costliest storm to hit the U.S. since Andrew in 1992. Photo: Ricardo Arduengo/AFP via Getty Images.

Hurricane Ian, the costliest storm in U.S. history since Hurricane Andrew in 1992

Ian could cost insurers up to $47 billion in damages.

Hurricane Ian made landfall on Florida last week and has left over 100 people dead with the toll steadily rising. It has also left thousands displaced as well as hundreds of thousands of people still without power in Florida and the Carolinas as it made its way north up the coast. When it comes to cost and damage, Ian has already hit historic numbers.

President Joe Biden and the First Lady Jill Biden are expected to visit Florida on Wednesday to assess the damage. The president is also expected to visit Puerto Rico as the island tries to rebuild and get back to normal after Hurricane Fiona pummeled the island days earlier before Ian hit Florida.

“Insurers will go into bankruptcy, homeowners will be forced into delinquency and insurance will become less accessible in regions like Florida,” he said.

According to CoreLogic, the estimated cost of damage in Florida alone will be anywhere between $28 billion up to $47 billion. However, with inflation at a 40-year high, interest rates close to 7%, building materials at an all time high cost, and other factors to be considered, that number can very well grow. According to the Florida Emergency Management Agency, over 1,600 people have been rescued.

Biden declared nine counties in Florida to be disaster areas, which would make them eligible for federal aid to cover some of the rebuilding costs but according to an analysis of government records by POLITICO’s E&E News, of the over 1.8 million households in those nine counties, only 29% of them have federal flood insurance. That means over 1.3 million households are without federal flood coverage.

According to the insurance institute, the average property insurance rate in Florida is $4,231 while in stark comparison, the U.S. average is just at $1,544.

Water levels continue to rise in flooded areas, and aid crews are still scrambling to search for anyone in need of help as well as any more possible deaths yet to be discovered. U.S. officials have already vowed to aid the state with federal funds and other help.

After ravaging the Sunshine State, Ian made its way to the Carolinas and caused heavy rainfall and horrid weather reaching Pennsylvania, Virginia, and Delaware.

Florida’s actions thus far, such as the evacuation orders have been criticized by many residents as being too late. Sen. Marco Rubio also came under fire recently over not signing off on a federal relief package, but then asked the president for aid days later and praised his actions thus far towards relief in Florida.

He cited that he would not sign off if lawmakers “load it up with stuff that’s unrelated to the storm.”

“Sure. I will fight against it having pork in it. That’s the key — We shouldn’t have that in there because it undermines the ability to come back and do this in the future,” Rubio told CNN’s Dana Bash on State of the Union.

“I think disaster relief is something we shouldn’t play with. We are capable in this country, in the Congress, of voting for disaster relief for key — after key events like this without using it as a vehicle or a mechanism for people to load it up with stuff that’s unrelated to the storm,” he continued.

Carolyn Kousky, a leading expert on flood insurance and associate vice president for economics and policy at the Environmental Defense Fund said that many won’t have flood insurance, and as a result, it will be near impossible to come back from the disaster.

With a record number of homes, properties, and businesses ruined, Ian could prove to be the costliest storm in over 30 years since Hurricane Andrew in 1992, but will be shy of Hurricane Katrina’s cost of damage that was over $100 billion. Florida’s insurance business was already in shambles before the Hurricane, but now has the potential to further worsen the situation.

“Ian could financially ruin thousands of families in Florida. There’s no better way to say it,” said Mark Friedlander of the Insurance Information Institute.