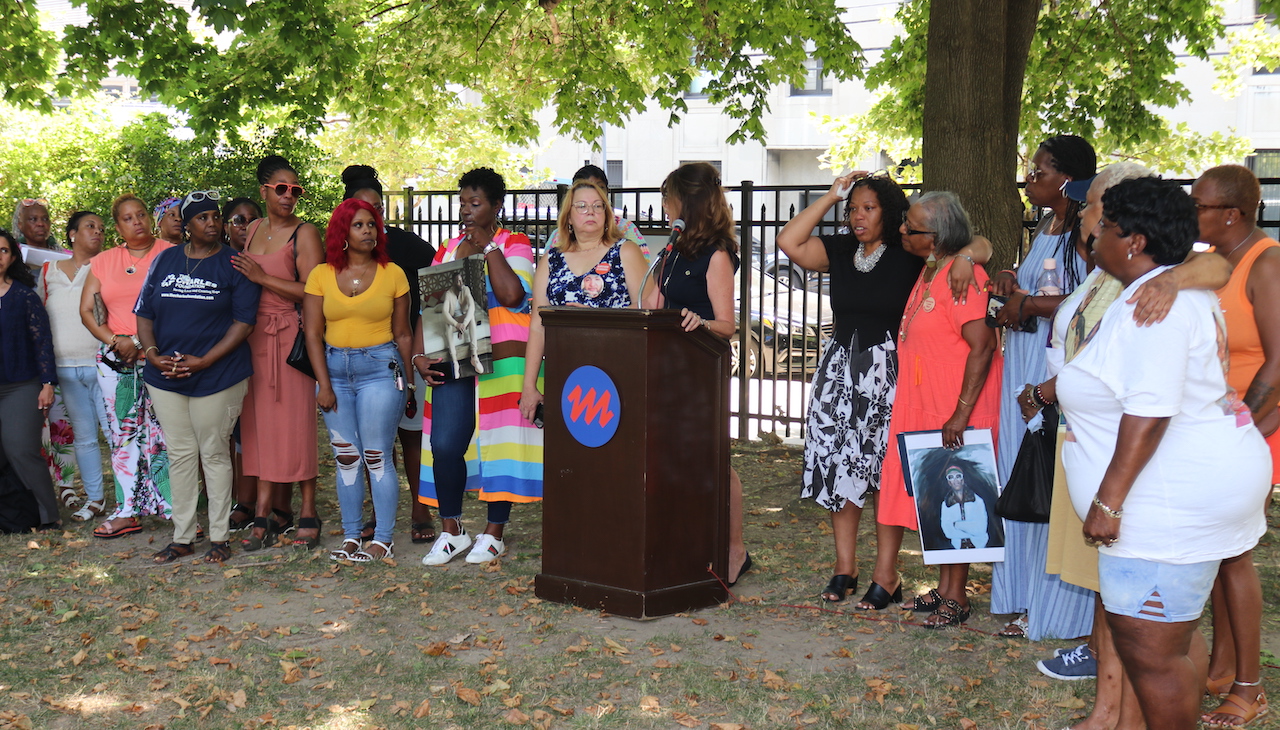 Victim's mother's across Philadelphia came together to share their stories. Photo: Alan Nunez

Mural Arts Philadelphia in collaboration with SWTP produced an art exhibition of 30 large portraits of mothers who have lost their children to gun violence.

As gun violence continues to torment the city of Philadelphia, activists, local leaders, and victims’ mothers continue to yell out in hopes of being heard, and to keep the memory of their loved ones alive.

This continued on Thursday afternoon at Saunders Park in West Philadelphia, where City Councilmember Kenyatta Johnson, Mural Arts Founder Jane Golden, and a cohort of mothers of victims of gun violence along with other local leaders spoke out in the wake of the ever-rising death rate in the city to gun violence. 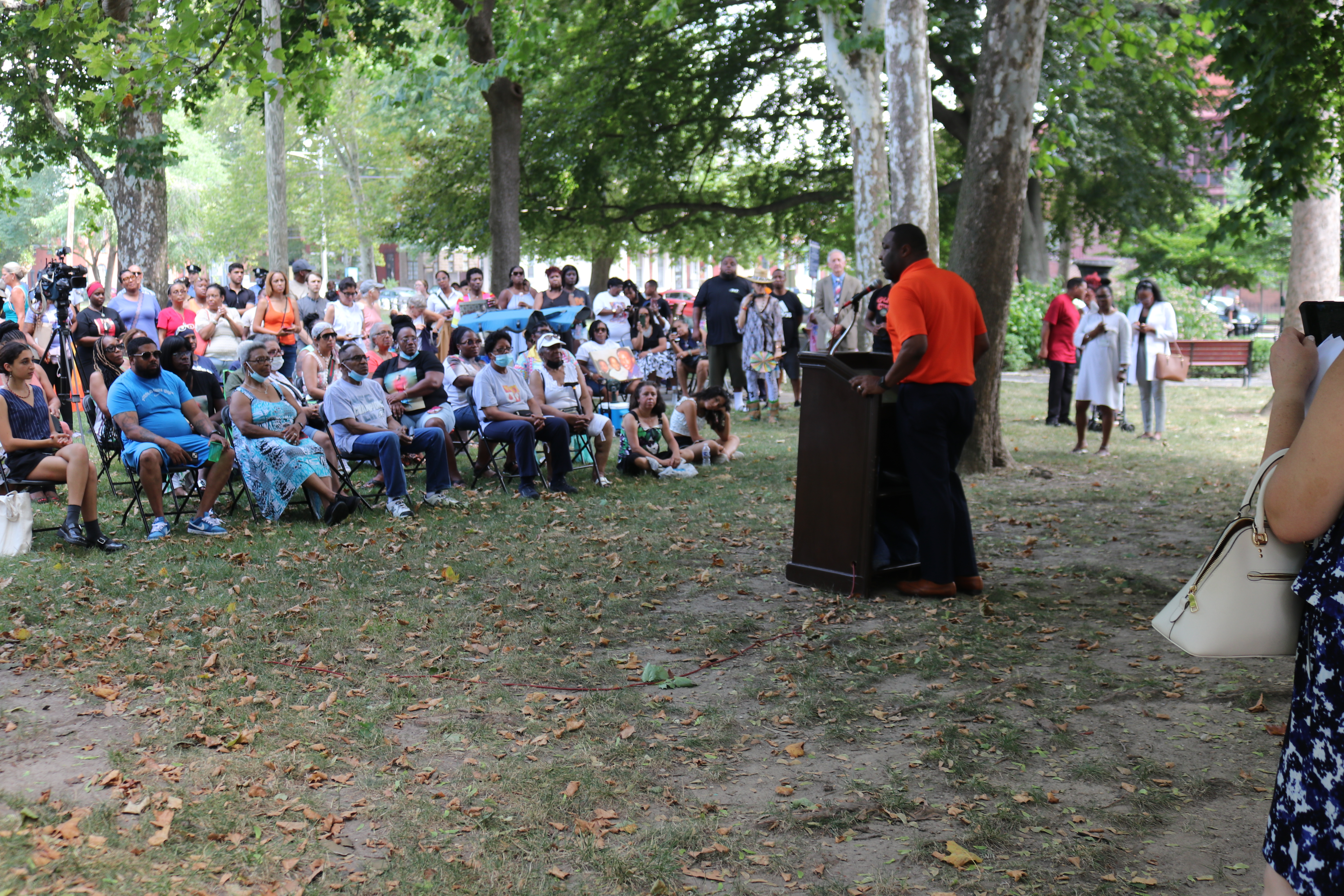 Along the iron fence of Saunders Park were 30 large-scale photographs of mothers at the spots of their choice — that meant a lot to their children — along with mementos of their child. The photos were part of a new project from SHOT: We the People, a multimedia platform that allows individuals to tell their personal stories about gun violence. 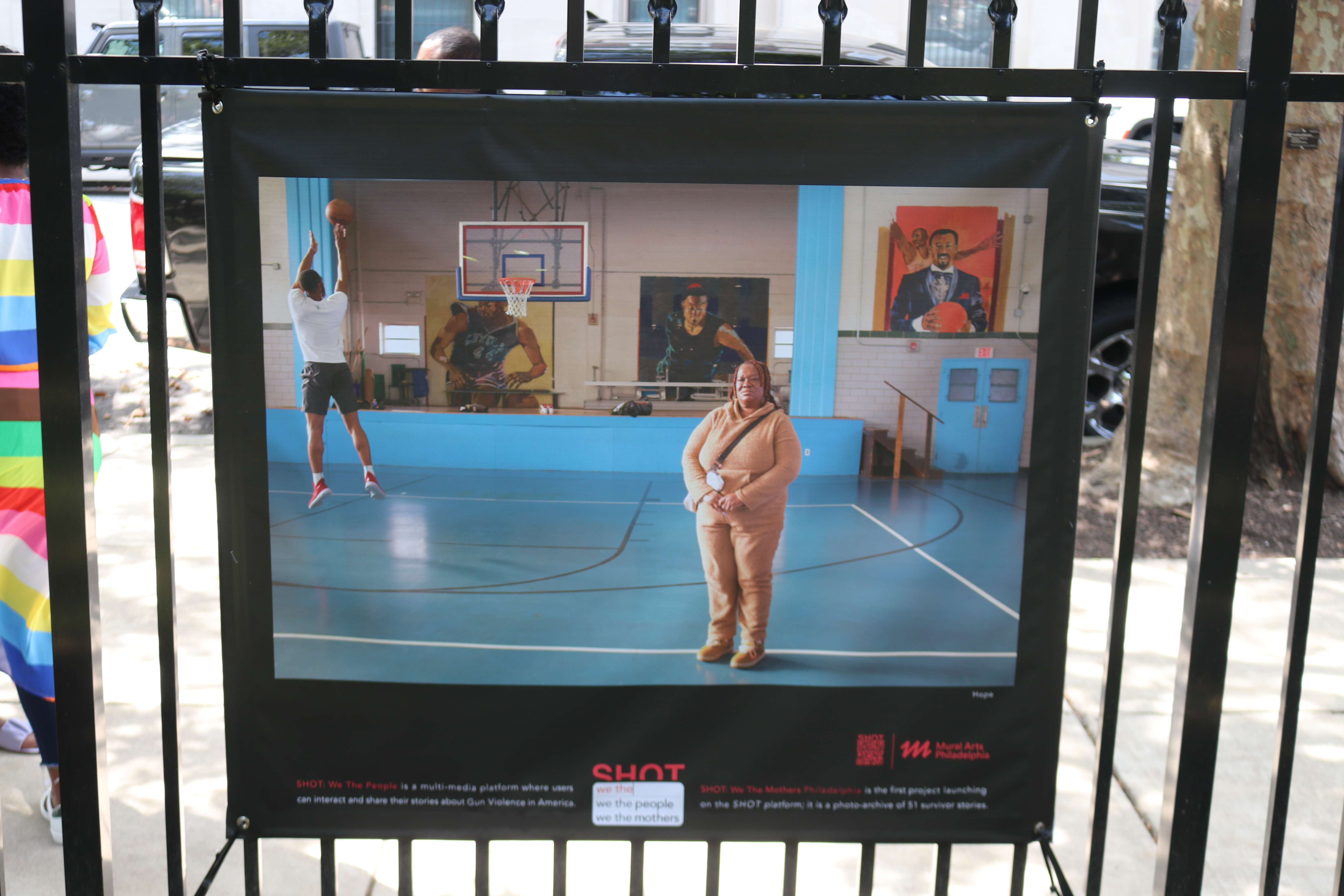 “SHOT: We the Mothers (SWTM),” is the first project to go up on the platform. Created by Kathy Shorr, SWTM is a photography documentary featuring 51 mothers from across Philadelphia who have lost their children to gun violence. Shorr is also looking to add more mothers to the project. The portraits will stay on display at Saunders Park through the rest of the Summer, serving as a reminder to each passing citizen that gun violence is everyone’s problem.

Michelle Parker, mother of four children in Philadelphia, lost her teenage son to gun violence over a rap beef in front of her home 13 months ago. Despite not being involved in it, he along with a childhood friend and a three-year-old were killed by men who jumped out of a car and opened fire.

Her son was a college graduate, a scholar athlete, and a young man with a bright future ahead. Parker, along with the other mothers involved, told similar stories of bright young men who have had their lives taken away for nothing. These are the kinds of stories not told and makes many think that those involved with bad people, get shot. The reality is that anyone can get shot at any time.

Speeches also followed from emergency room workers, local leaders, and activists, as the city continues to suffer from gun violence at a record pace. The group looks to expand on the number of mothers involved in the project that can only grow bigger as plenty of stories remain to be told. 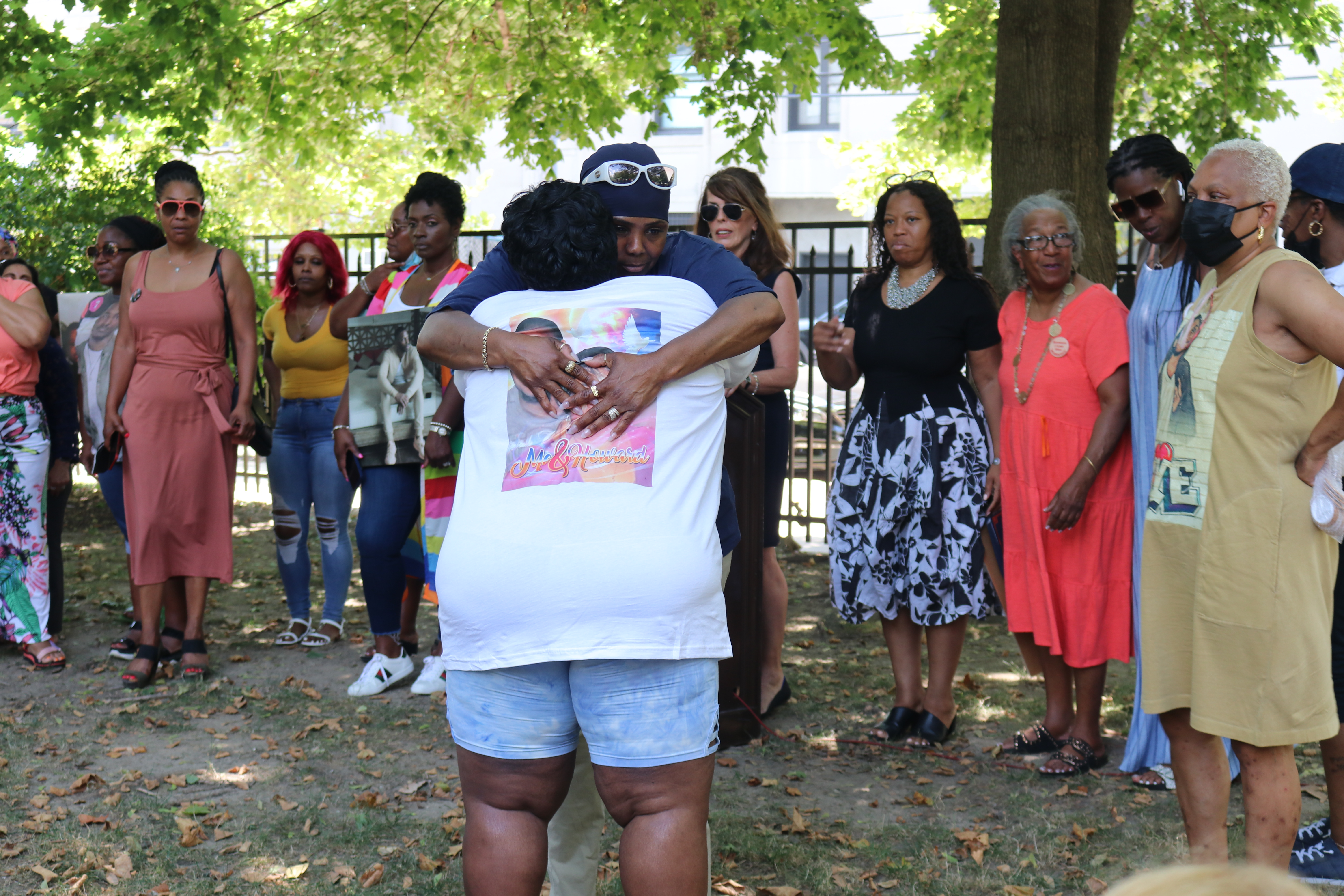 “Find another way to solve your problems… If you know something, say something, do something. Because you don’t want to stand where I’m standing,” said Cherie Ryan, one of the mothers at the event, who lost her son Terrence over 30 years ago.

"I keep my son alive by talking about him. By doing interviews like this. By going to rallies, by going to Harrisburg and Washington, talking to those people who don’t have a clue about how it feels to lose a child,” reads a write up from Ryan on Where’s the Love, Philadelphia?.

While numbers are put on each victim, “SHOT: We the Mothers” hopes to show that they are all more than just a number. They were someone's child, sibling, co-worker, or even neighbor.