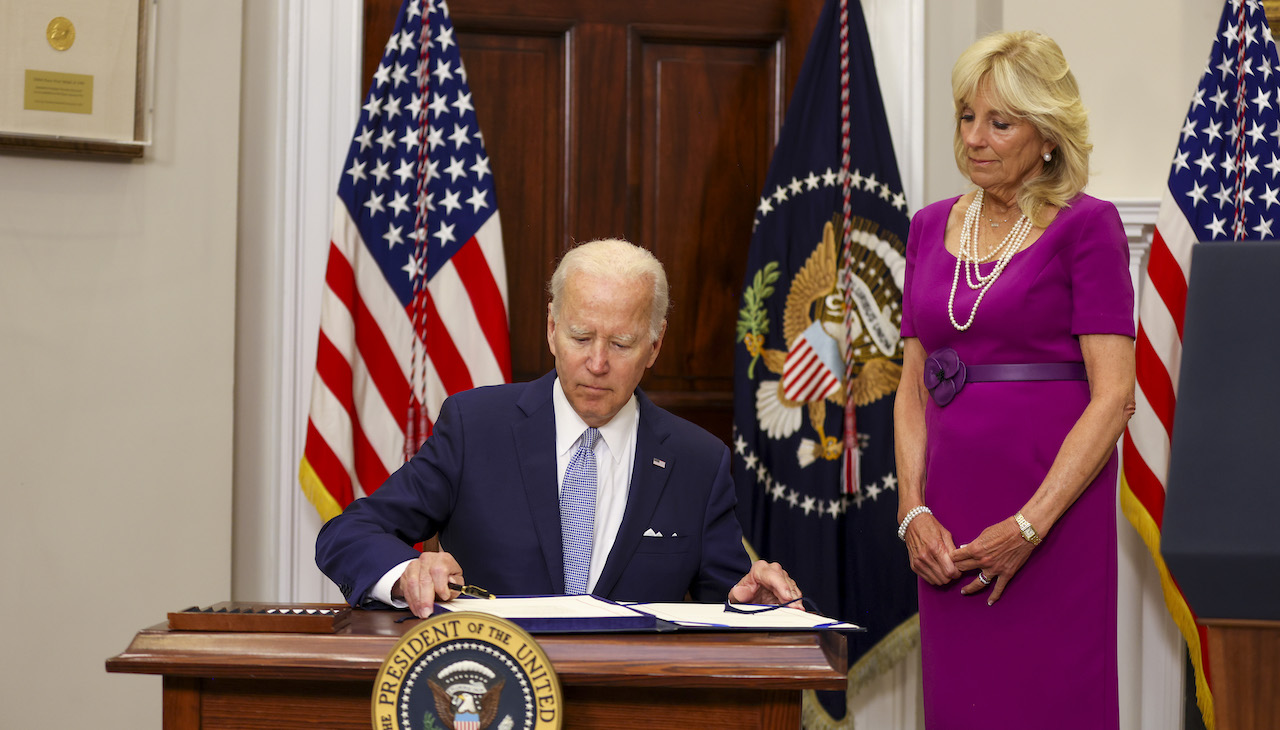 The Bipartisan Safer Communities Act comes a month after the massacre at Robb Elementary School in Uvalde, Texas.

It’s taken nearly 30 years, but the U.S. has finally passed gun legislation in the effort to combat mass shootings across the U.S.

The Bipartisan Safer Communities Act, led by Senators Chris Murphy and John Cornyn, has taken shape over the last month, since 19 children and two teachers were killed in a mass shooting in the last week of school at Robb Elementary in Uvalde, Texas. The 18-year-old who carried out the shooting had bought two assault rifles for his birthday just weeks before.

The passage also comes days after the Supreme Court shot down New York’s ability to restrict the flow of guns in the state, also striking down similar measures in other states.

It started with a group of Democratic and Republican senators that met in the immediate aftermath of the tragedy. One of them, PA Senator Pat Toomey, said as the discussions progressed that gun legislation was closer than it had ever been in his time in the Senate.

In the end, the bipartisan effort offers incentives to states to pass red flag laws that would prevent some individuals from purchasing firearms, expands background checks for 18 to 21-year-old buyers of guns, and funnels more funding into mental health and other wellness programs.

The bill also closes the ‘boyfriend’ loophole, which was a gap in federal law that banned spousal domestic abusers from purchasing firearms, but not ones that never married their partners.

Still, the bill falls far short of what Democrats envisioned in something being called a sweeping gun reform. Those include bans on extended magazines, bump stocks, lifting the minimum age for the purchase of assault rifles, and create new regulations for storing firearms at home.

Even with the shortcomings, the bill still comfortably passed the Senate 65 to 33, with all 48 Democrats voting for it, joined by 15 Republicans. In the House, the bill passed 294 to 193, with 14 Republicans joining every Democrat.

When signing the bill into law on Saturday, June 25, President Joe Biden mentioned some of what wasn’t included in the bill, but also said it was “something.”

"From Columbine to Sandy Hook to Charleston, Orlando, Las Vegas, Parkland, El Paso, Atlanta, Buffalo, Uvalde and for the shootings that happen every day in the streets. How many times have you heard that, ‘just do something, for God's sake just do something?’" he was quoted as saying by Fox News.

“God willing, it’s going to save a lot of lives,” he was quoted by the New York Times.