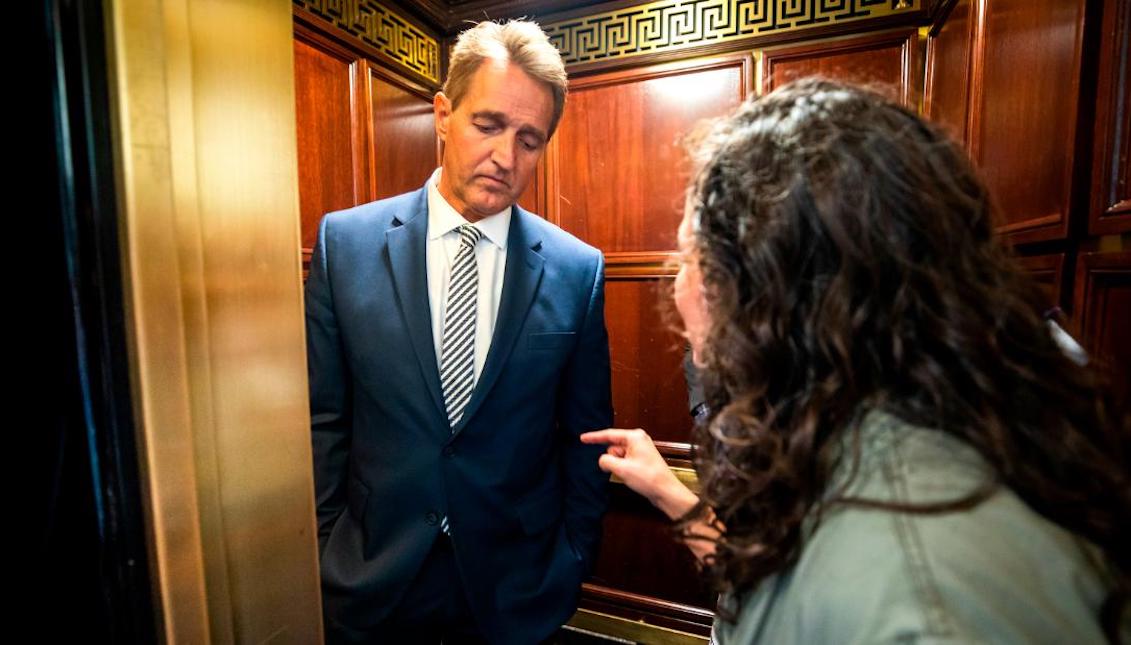 Alexandria Ocasio-Cortez has done it again.

Since her arrival in Congress, the young politician has become the voice of those fed up with government bureaucracy and the usual state of affairs on Capitol Hill. In so doing, she has resolved not to miss out on any opportunity to make a powerful statement.

This time, and following in the tradition of members of Congress who invite guests to the annual State of the Union address who align with their political platforms, Ocasio-Cortez announced on Twitter that her guest for tomorrow's speech will be Ana María Archila, “the NY14-er who famously jumped into the elevator with Senator Flake to elevate the stories of survivors everywhere.”

I’m proud to announce that my #StateOfTheUnion guest will be @AnaMariaArchil2.

Ana Maria is the NY14-er who famously jumped into the elevator with Sen. Flake to elevate the stories of survivors everywhere.

She‘s living proof that the courage within all of us can change the world. https://t.co/OLSeNbP4Z2

"She’s living proof that the courage within all of us can change the world," Ocasio-Cortez said.

As a refresher, Supreme Court Justice Brett Kavanaugh was accused of sexual abuse when he was in high school by Palo Alto University professor Christine Blasey Ford, who testified before the Senate Committee during Kavanaugh's confirmation process, regarding her allegations.

The discrediting of Ford's recounting of her experience, and the Senate's ultimate confirmation of Kavanaugh, stirred the anger and frustration of many in a country still in the midst of the #MeToo movement, which has worked to break the silence surrounding systemic sexual abuse and harassment in the country over the past 15 months.

Ana Maria Archila, along with Maria Gallagher, famously “blocked the doors of an elevator and pressed Flake to justify his support for Kavanaugh" in front of cameras, as reported by The Intercept.

In conversation with the The Intercept, Archila said that Ocasio-Cortez's gesture of inviting her to her first participation in the State of the Union is a way of reminding people that the issue remains important, even though Kavanaugh sits, confirmed, on the Supreme Court.

“I just feel particularly moved that in her first participation in the State of the Union, she is inviting me to join and inviting that moment of the elevator, my confrontation with the men who do not understand the life of women and the lives of people who are not in power, that she’s inviting that into the imagination of people again,” she said.

Her experience as an immigrant rights activist in recent years in her district in Queens has allowed Archila to witness first-hand the political transformation that Ocasio-Cortez has undertaken.

“I cherish this privilege that I have as a citizen to vote, but I have never felt so proud of voting for someone as when I voted for Alexandria,” she added. “It was really a powerful experience to feel like I was voting for someone I 100 percent believed in.”