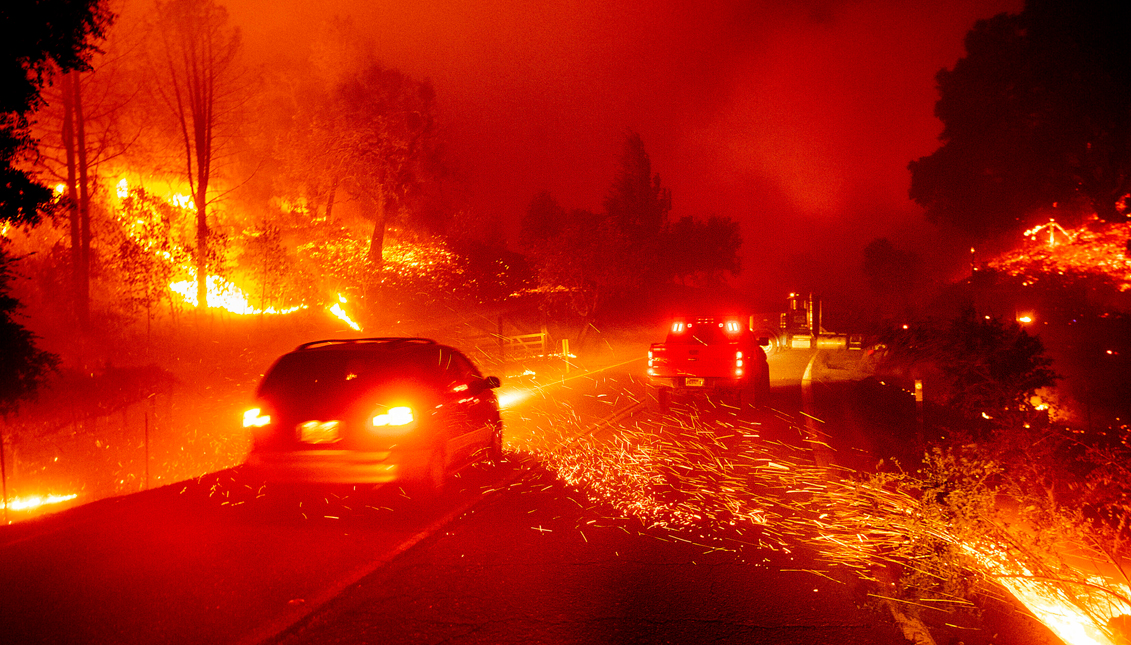 The devastating fires have caused unprecedented damage across the West Coast. Photo: AP

With each new year, the West Coast is ridden by a greater surge of Wildfires. How then, does the Green New Deal go too far?

Rep. Alexandria Ocasio-Cortez’s Green New Deal has been touted as “too extreme” by moderates and right-wing politicians since it was first introduced.

The skies of Northern California and Oregon are now glowing from fire, and record-setting blazes are causing unprecedented pollution, causing hazardous air quality.

The unhealthy situation is adding more stress to communities and healthcare systems already caught in the thick of COVID-19.

The health of millions is at stake, and already, a dozen victims have fallen to the wildfires blazing in the region.

A Green New Deal should not be a far-fetched idea when the blazes could result in “the greatest loss of human lives and property” in Oregon’s history, according to Governor Kate Brown, or when an unprecedented number of acres have been lost.

The National Interagency Fire Center reports 96 large fires have now burned over 3.4 million acres across the nation, mostly in the west.

"Fires in California, Oregon, and Washington burned tens of thousands of acres yesterday, causing evacuation orders for many residents near these fires," the agency said.

“The sky on the West Coast turned red & orange. Please don’t tell me the Green New Deal is radical. What’s radical is having a president in office who rejects science and calls climate change a hoax,” he continued.

The 2nd, 3rd & 4th largest wildfires in California's history continue to rage. The sky on the West Coast turned red & orange. Please don't tell me the Green New Deal is radical. What's radical is having a president in office who rejects science and calls climate change a hoax. pic.twitter.com/SGuN6noKF7

Thousands on social media have remarked on the apocalyptic nature of the sky this week, with the views reminiscent of the world in Blade Runner.

Someone put Bladerunner 2049 music to drone footage of San Francisco and at first I didn’t know whether to be amazed or horrified. This is very much horrifying. pic.twitter.com/XQTv4qrE93

These images are a cry for change at a fundamental level. California has invested more in wildfire prevention than any time in its history, California Gov. Gavin Newsom wrote on Twitter.

It has sparked numerous climate policies within the state, and more, but it cannot be left alone.

That is why legislation like AOC’s Green New Deal is needed today. In fact, it is already too late, but to address the orange skies now would mitigate further aggravated, unhealthy conditions later on.

“This cannot become our new normal,” Markey tweeted on Sept. 9. “Our land is on fire and our communities are suffering. We must pass a Green New Deal.”

However Leading Democrats like House Speaker Nancy Pelosi have yet to back the plan that could save thousands of acres of future lands, and potential lives as well.

The California wildfires are directly related to climate change, and nothing is expected to change unless the nation recognizes its history of colonialism and tackles climate change head-on.

The only way to do this is with a plan akin to the Green New Deal.

No longer can anti-backers say it is too expensive or extreme. The damage caused by failing to respond to the climate crisis in adequate time has far outweighed the potential cost of the Green New Deal, which at its core is based on efficiency and future prosperity.

The nation must not stop remarking on how the West Coast is slowly turning into a world of science fiction. Normalization will not lead us anywhere, the skies should not be bleeding.