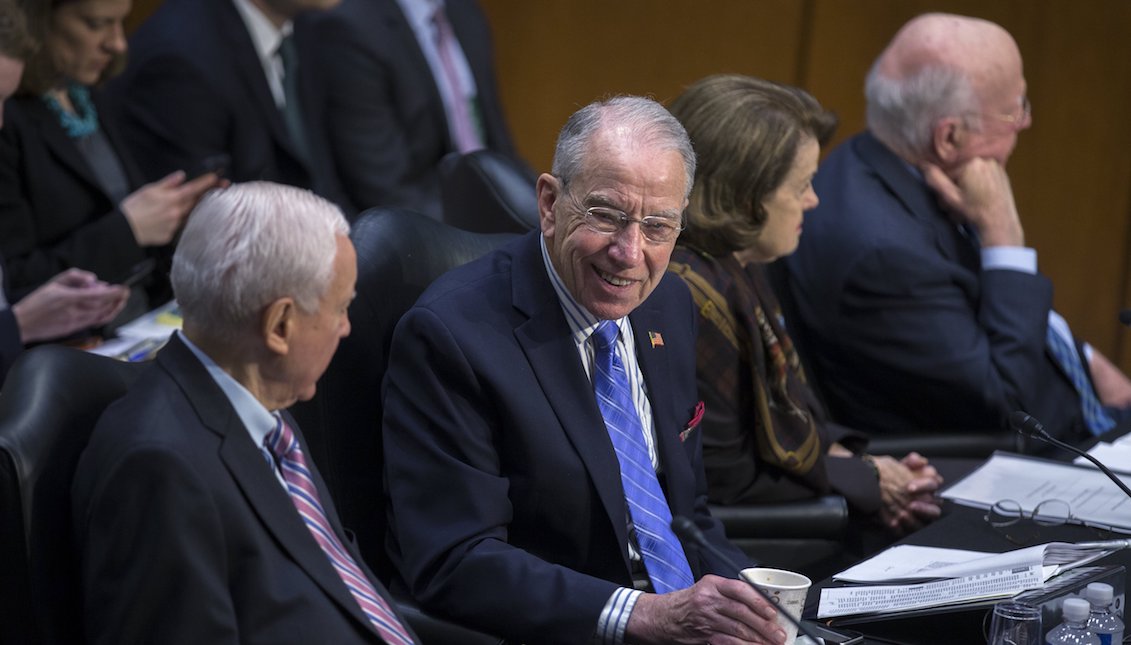 Meeting of the High Court Judicial Committee on the confirmation of Judge Neil Gorsuch to fill the vacancy in the Supreme Court on Capitol Hill in Washington, DC today, April 3, 2017. EFE / Shawn Thew

After the announcement from Senator Chris Coons, Democrat of Delaware, Democrats may have found their 41st vote in support of a filibuster against Neil Gorsuch.

Gorsuch was the nominee of President Trump on Jan. 31 for the Supreme Court. Ever since, he has spent “weeks privately meeting with senators and preparing for his confirmation hearing”, according to The Washington Post.

“He was questioned by the Judiciary Committee last month for almost 20 hours over three days, answering nearly 1,200 questions”, says the journal.

The most important declaration was Senator’s Dianne Feinstein of California, who criticized Gorsuch’s “record on workers’ rights and his reticence to answer questions”, according to The New York Times.

“I cannot recall a nominee refusing to answer such basic questions about the principles underlying our Constitution and about how he interprets those principles,” Leahy said, adding that Senator Mitch McConnel of Kentucky, had “promised to use whatever tactic is necessary to get his way, to make sure that Donald Trump’s nominee is confirmed, even if that means forever damaging the United States Senate”, as reported by the New York Times.

These announcements are part of the reunion of the Senate Judiciary Committee to vote on the high court nomination, that foresees a “combative debate” on the Senate floor this week.

Considering the majority of Republican seats, the judiciary panel is expected to approve Gorsuch today, allowing “debate on the nomination to begin in the full Senate, probably on Tuesday morning”, according to the Washington Post. But the confirmation of the Republican-controlled Senate would require a change in the rules of the chamber.

“Eliminating the filibuster for Supreme Court nominees would extend a rule change, known as the ‘nuclear option’, that Democrats made in 2013”, punishing Republicans for years of attempts to block President Obama’s nominees by ending filibusters, continues the Washington Post.

This change would allow Judge Gorsuch to be approved on a simple majority vote instead of the 60 votes now required.