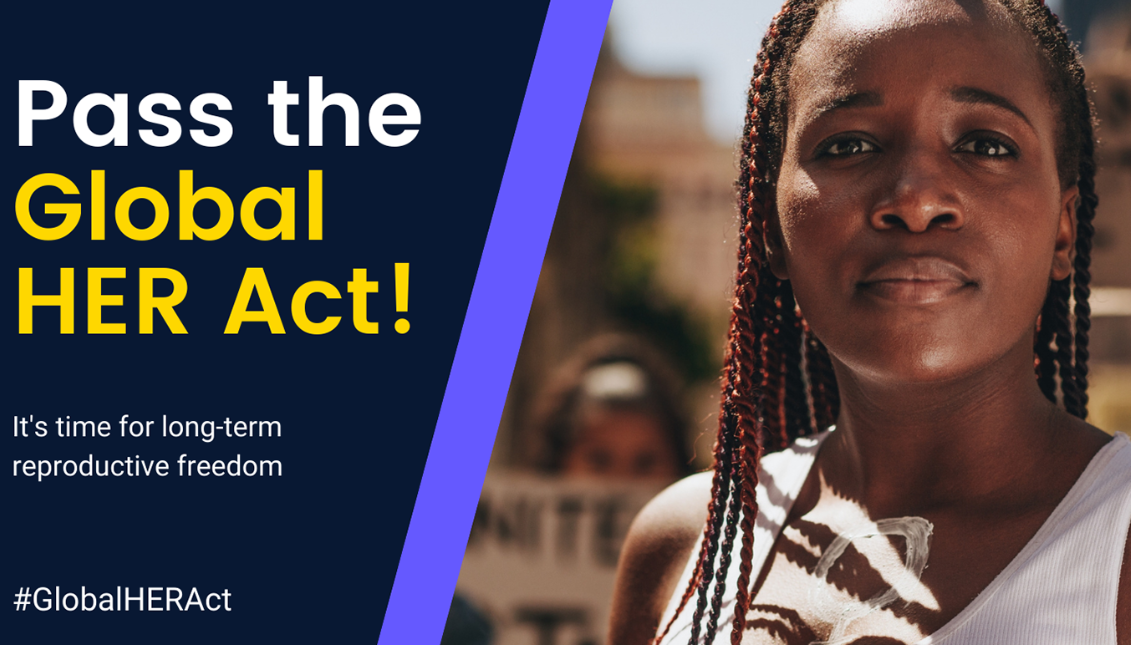 The global gag rule has been implemented and repealed on six occasions over the last five presidencies. Photo: MPact Global Action

Erasing the global gag rule for good? There’s now a bill for that

The Global HER Act was introduced by Senator Jeanne Shaheen along with Representatives Barbara Lee, Ami Bera and Jan Schkowsky.

Now that President Biden is in office, he’s been moving quickly in his endeavor to dismantle many Trump-era policies that unfairly targeted and harmed marginalized groups, such as women, immigrants and the LGBTQ community.

On Friday Jan. 29, he took a big step by repealing the global gag rule through an executive order. This move was a victory for women and girls throughout the nation as well as around the world who are in need of access to reproductive care and education.

While the executive order was a win, a group of Senators and Congress members have joined together to urge Biden to permanently remove the policy once and for all, undoing the damage and making space for true reproductive justice.

Just a day after Biden signed the order, Senator Jeanne Shaheen, along with Reps. Barbara Lee, Ami Bera and Jan Schakowsky, led a bipartisan reintroduction of the Global Health, Empowerment and Rights (HER Act) in the House of Representatives.

The #GlobalGagRule has been devastating for women and families across the world.

Congress must pass the #GlobalHERAct to ensure no future President can implement this harmful policy.https://t.co/23tOgvrIoa

The Global HER Act was originally introduced in Congress in January 2017 by Shaheen, and former Rep. Nita Lowey with 47 senators and 163 representatives as co-sponsors a day after former President Trump reinstated and expanded the Global Gag Rule.

The legislation, if passed, would ensure that eligible foreign non-governmental organizations (NGOs) can continue operating U.S-supported health programs abroad, specifically those that provide legal health services to women, such as counseling, referral and legal abortion services, with their own, non-U.S funds.

Great news! I introduced the Global HER Act to permanently repeal the #GlobalGagRule, which has had deadly consequences for women & girls around the world by blocking crucial health treatment.

It would protect NGOs from sacrificing their right to free speech to participate in U.S.-funded programs abroad, and help expand access to health programs for women and girls around the world to improve health and development outcomes for families, communities and developing countries.

Serra Sipple, President of CHANGE (the Center for Health and Gender Equity) applauded Sen. Shaheen’s move and is hopeful that the new administration will listen and take action.

“Passing the Global Her Act would end the devastating consequences of the Global Gag Rule seen around the world, including unintended pregnancies and increased abortions, hampered efforts to provide HIV and AIDS treatment, cervical cancer screenings, and other essential health care services,” she wrote in a statement.

There is still so much more to be done to achieve true gender justice and equality for all, and now is not the time for the United States to stop short. We look now to the Biden-Harris administration and to Congress to turn its support for sexual and reproductive health and rights into passage of the Global HER Act,” Sipple continued.

“I want to applaud President Biden for taking the important step of issuing an Executive Order to repeal the Global Gag rule, saving lives and protecting the health of women around the world,” she said. “Once again, the United States, the single largest funder of global health, is stepping up to prevent negative maternal health outcomes. I am proud to co-lead the Global HER Act to permanently repeal this harmful policy and ensure that future Administrations don't bring it back.”

The Global HER Act is co-sponsored by 46 Senators and 173 House Representatives, including

Reproductive justice has been a long-winded war, but if Biden passes the act, an overdue battle will be won, creating space for more and more victories.