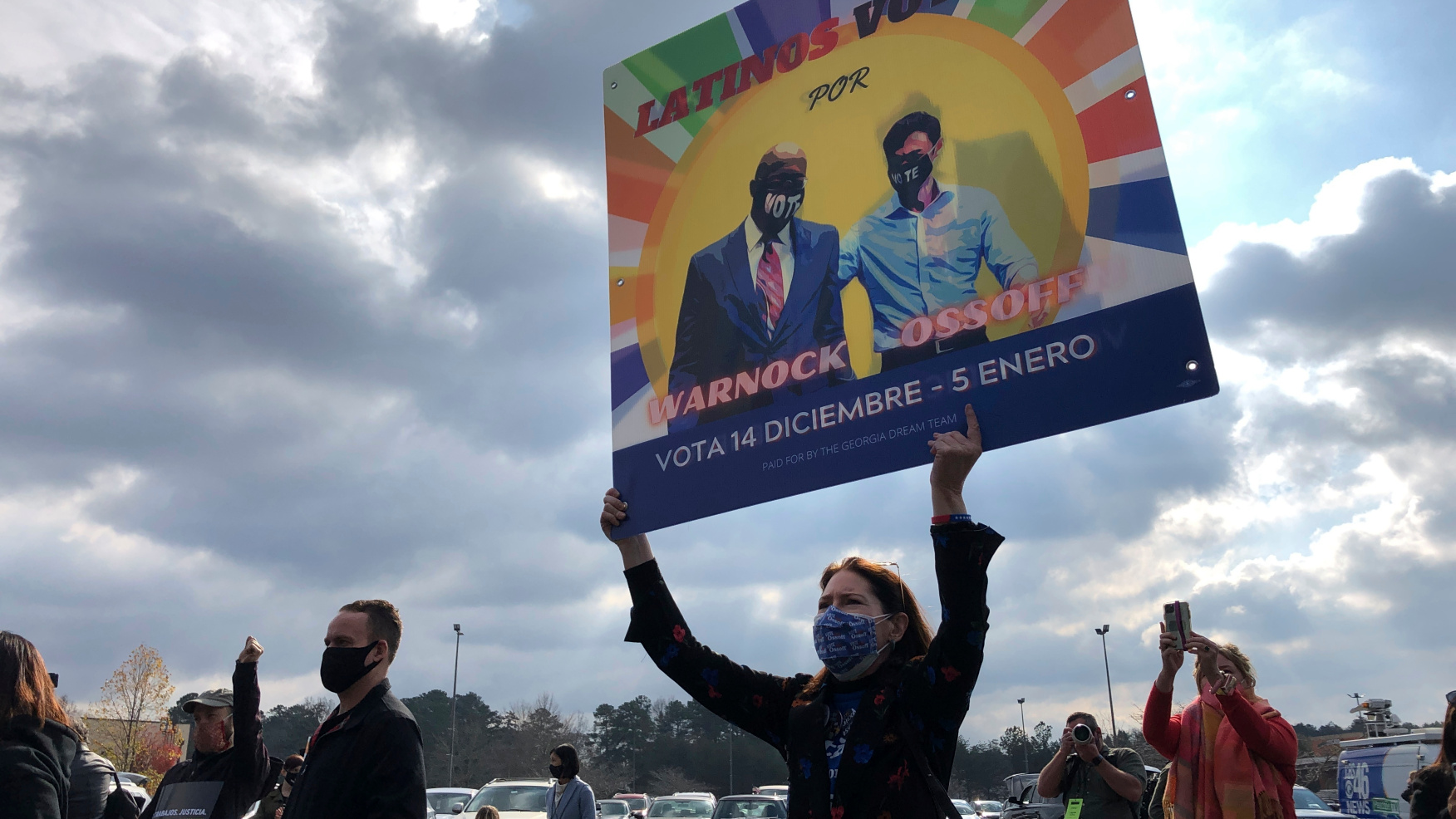 The party that controls the Senate will be determined in the upcoming Georgia runoffs. Photo: (AP Photo/Jeff Amy)

The race to mobilize voters before Jan. 5 is in full swing.

Early voting in Georgia is underway, as the fight for Georgia has turned into a beacon attracting multiple grassroots and nation-wide voter advocacy organizations to the state, which is now the political epicenter of the nation.

Control of the Senate will be decided by two runoff elections, which are crucial to give President-elect Joe Biden the mandate needed to enact his vision for the next four years.

If incumbent Georgia Republican Senators David Perdue and Kelly Loeffler hold their seats, the GOP will maintain control, retaining greater ability to block the incoming party’s agenda and proposals from a Democratic-controlled House.

But Democratic challengers Rev. Raphael Warnock and Jon Ossoff, while trailing in recent polls, may have an edge. First, because polls have a shaky recent history, especially considering the last two presidential elections.

Secondly, after seeing how the Latinx vote is incredibly nuanced across all states, the incumbents know it isn't a voting bloc that can be taken for granted.

Learning from the mistakes of the general election is vital to the future of all campaigns, not just this Senate runoff, in making sure that estimates are accurate, and also so Latinx voters truly feel that they are part of the process, and not like pawns.

That can be achieved by avoiding monolithic stereotypes.

This is where Latinx-focused voter advocacy groups come in.

Since early voting began, some 70,000 voters have been newly-registered in the state.

Hispanic voters in Georgia make up 5% of these new registered voters, a slight margin that can make a sizable difference when it comes down to counting votes.

Nearly 270,000 Georgia Latinos are registered to vote and ongoing efforts to sign up even more of the approximately 377,000 eligible voters are underway. Latino Decisions estimates that  at least 185,000 Latinos voted in Georgia on Nov. 3, writes NBC’s Suzanne Gamboa.

From phone banks with Dolores Huerta, to increased social media outreach and specific targeting based on background, it’s all hands on deck.

But the effort must be nuanced.

Mijente, for instance, has held separate events targeting Puerto Rican and Mexican voters in Georgia. The Puerto Rican-targeted outreach involved “La Borinqueña,” a superhero to mobilize voters, while the Mexican outreach campaign was a phone bank session dedicated to Mexicans mobilizing other Mexicans.

Help call Mexicanos to get them to vote for both Democratic candidates in the Jan. 5th runoff elections. Georgian Mexicanos need to know who Rev. Warnock and Jon Ossoff are in order to vote for them. So let's turn GA blue!

The New Georgia Project and Poder Latinx, are also ramping-up efforts to turn out young Black and Latino voters.

Former Sec. Julián Castro also hit the ground in Georgia in early December to campaign alongside Ossoff and Warnock, and court Black and Latinx voters. On the weekend of Dec. 20, Latino Victory’s own efforts saw the faces of activists Eva Longiria-Baston and America Ferrera in the Peach State.

But it’s not just big names like Castro, Ferrera, and Longoria. It’s often the community-based, majority women-run organizations that are the driving forces behind the push to vote.

The voter-advocacy and activism of Stacey Abrams showed the nation what was possible. Her unprecedented grassroots voter registration and mobilization efforts, largely-supported by Black women delivered Georgia to Joe Biden.

Latinos can be the same should they follow the same blueprint.