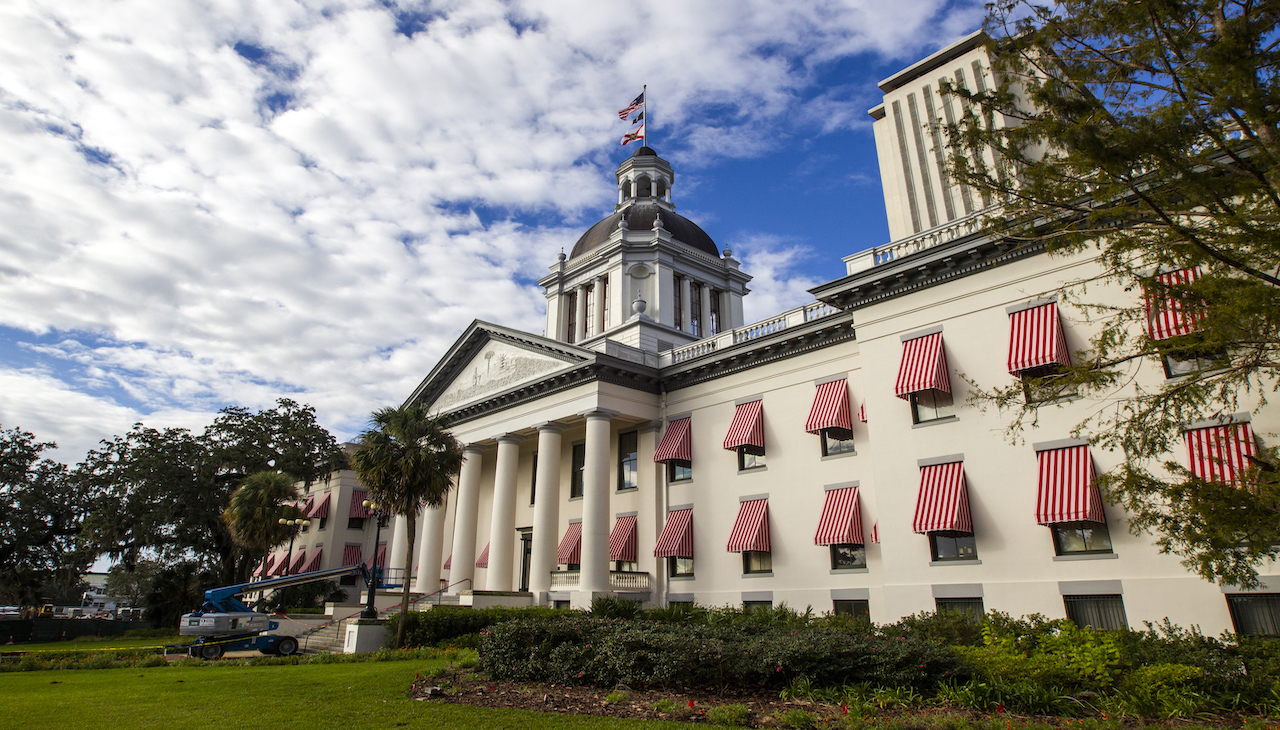 The bill will not head to Governor Ron DeSantis’ desk as walkouts were held at schools across the state in the last week and a half.

On Tuesday, March 8, the Florida Senate passed a bill that would prohibit “classroom discussions about sexual orientation or gender identity” in the state’s primary schools.

The measure, nicknamed the “Don’t Say Gay” bill by its opponents, was passed by the state House last month, and now heads to Republican Gov. Ron DeSantis, who has repeatedly expressed support for it.

The Parental Rights in Education bill has inflamed the latest culture war, which has targeted students, with a combination of book bans, Pride flag removals, and bills targeting LGBTQ+ youth.

Supporters of the bill claim it’s about allowing parents to have control over their children’s education, while opponents say it unfairly targets the LGBTQ+ community.

“The bill simply says that there should be an age limit on certain discussions, it’s not a new concept, nor is it radical,” said Republican Sen. Danny Burgess ahead of the 22-17 vote on Tuesday.

The measure bans any classroom instruction either by school staff or third parties on the topics of sexual orientation or gender identity in kindergarten through third grade. Parents can sue school districts for alleged violations.

It also prohibits such teaching “in a manner that is not age appropriate or developmentally appropriate for students,” which critics say could be interpreted to extend to all grade levels.

In an emotional address to the Senate on Monday, the first openly gay Florida state senator, Democrat Shevrin Jones, urged his colleagues to narrow the bill’s language to say instruction should not be “intended to change a student’s sexual orientation or gender identity.”

FL Sen. Shevrin Jones, who came out in 2018, grew emotional as lawmakers debated the 'Don't Say Gay' bill in the state’s legislature. The bill was passed by a Republican majority on Tuesday. pic.twitter.com/5fjlsxze0S

“I ask that you open up your hearts just a tad bit. Please do no harm,” Jones said, speaking about the bullying he has faced as a gay man.

Last week, students across Florida staged school walkouts in protest against the bill, which they say is the state’s latest attempt at limiting the rights of LGBTQ+ students.

#DontSayGay walkout at Freedom High School right now- sent to me by one of the teachers who saved me. 🏳️‍🌈 pic.twitter.com/2qp0cAkyfD

High school senior Jack Petocz, who organized the statewide demonstrations through social media, told NBC News that he was suspended “indefinitely” for handing out 200 Pride flags for the rally after the principal advised him not to do so.

“The language and the supporters of the bill and the rhetoric around the bill really shows what this bill is, and it’s an attempt to hurt queer people like me,” Petocz said.

More than 500 students participated in a massive walkout at Winter Park High School in Orange County, Florida on Monday, March 7. During the walkout, students were chanting “we say gay!” and holding signs that read “protect trans kids.”

“We have failed as a legislature if hundreds of kids stand outside screaming for their rights and you can’t explain to fifth graders and sixth graders and eighth graders simple definitions of your bill. You’ve failed,” said Democratic Sen. Jason Pizzo.

If DeSantis signs the bill, it would go into effect July 1.

LGBTQ+ Advocates say that because Florida’s K-3 curriculum does not currently include discussions of sexual orientation or gender identity, the law would not mandate an update to the state’s curriculums.

But they warn that it would turn classrooms into unsafe spaces for children who are LGBTQ+ or whose family members are. Such children often already face increased rates of stigma and isolation.

How do the children of gay parents talk about their families in a K-3 classroom in which talking about families is a regular theme?

No one supporting the #DontSayGay bill in Florida has been able to answer that question in a way that makes sense.

“The existence of LGBTQ+ people across Florida is not up for debate. We are proud parents, students, and teachers, and LGBTQ+ people deserve to exist boldly, just like everyone else,” said Cathryn M. Oakley, the state legislative director and senior counsel at Human Rights Campaign, in a statement.

Another LGBTQ+ advocacy group, Equality Florida, posted a tweet on Tuesday stating that if the vague language of the bill causes harm to any child, teacher, or family, the organization will launch legal action against the state of Florida.