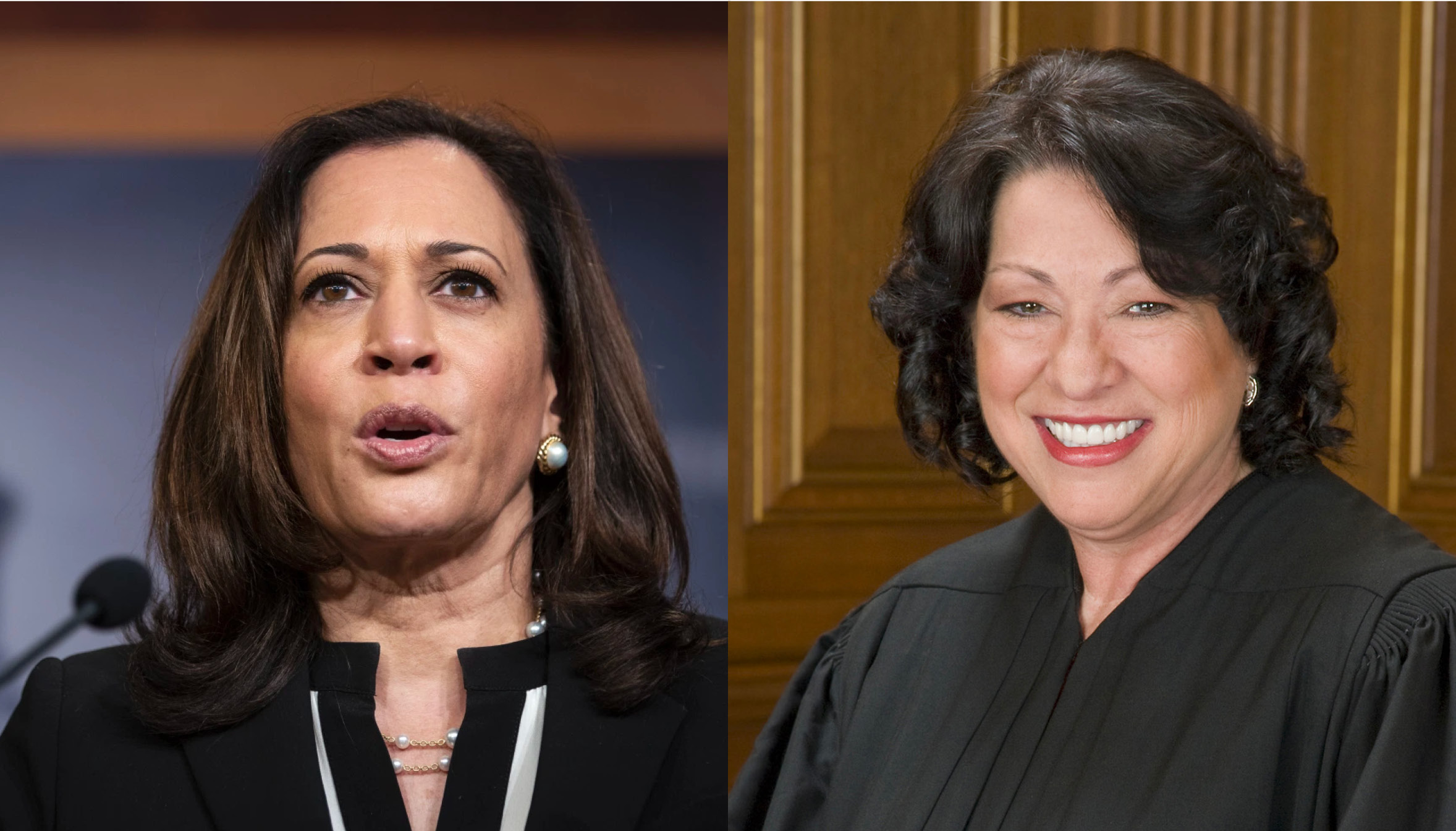 The Vice President-elect is to be sworn-in by Justice Sotomayor using Thurgood Marshall’s Bible.

Vice President-elect Kamala Harris will be the nation’s first female vice president and also the first Black and South Asian person to be elected to the position.

On Wednesday, Jan 20, both President-elect Joe Biden and Harris will mark the beginning of their administration with additional historical nuances.

When Harris takes her oath of office, she will be sworn into office by Supreme Court Justice Sonia Sotomayor, the first Latina to serve on the highest court in the Nation.

It is also reported that Sotomayor will use a Bible that once belonged to Regina Shelton, a longtime friend of the Harris family and the Vice president-elect in particular, having served as an additional mother figure to Harris and her sister while their mother worked at UC Berkeley as a breast cancer researcher.

Harris has previously used Shelton’s bible for her swearing in for California Attorney General and the United States Senate.

The second Bible that Sotomayor will use belonged to the late civil rights icon and former Supreme Court Justice Thurgood Marshall, who Harris mentioned as an inspiration for her career path.

Marshall made history in his own time, as the first-ever Black justice on the Supreme Court.

"Some of my greatest heroes were lawyers: Thurgood Marshall, Charles Hamilton Houston, Constance Baker Motley—giants of the civil rights movement. I cared a lot about fairness, and I saw the law as a tool that can help make things fair," Harris wrote in her memoir, The Truths We Hold.

Harris followed Marshall’s footsteps further, as she went on to attend Howard University, his alma mater as well, and she credited her attendance there to him.

In the past, Harris has spoken of her admiration for both Sotomayor and Marshall, reported the Associated Press, and she and Sotomayor share experience as prosecutors.

Justice Sotomayor was nominated to the Supreme Court in 2009 by President Barack Obama. Wednesday will mark the second time Sotomayor takes part in an inauguration.

She previously swore in President-elect Joe Biden as vice president in 2013.

Harris officially resigned from the Senate on Monday, Jan. 18, ushering-in her successor, Alex Padilla, the first-ever Latino to represent California.

“And this is not goodbye,” Harris wrote to her California constituents on Monday.

“Today, as I resign from the Senate, I am preparing to take an oath that would have me preside over it.”

Thank you California—it has been an honor serving as your senator for the past four years. Our country has faced many challenges, but I remain certain that our best days are ahead. I promise to keep standing up for our shared values as your Vice President. https://t.co/cp6w0vn98K