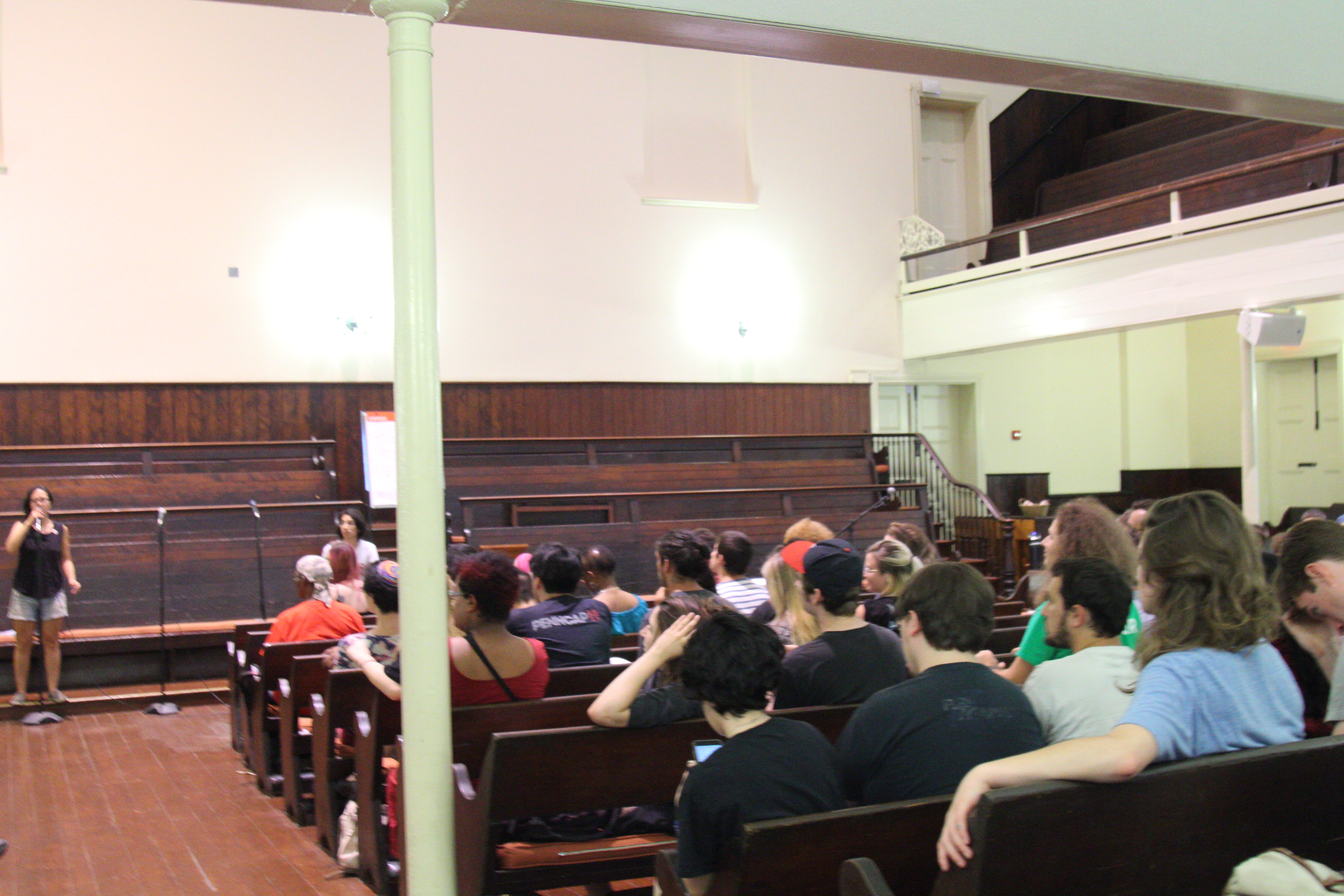 The fight to #EndPARS continues

On Wednesday, District Attorney Larry Krasner restated his opposition to renewing the contract which allows Immigration and Customs Enforcement (ICE) office to access real-time information on police arrests in the Preliminary Arraignment Reporting System, or PARS.

“My office needs witnesses and victims to testify in court to achieve successful prosecutions. Many immigrants are scared to participate in our criminal justice system because they are fearful that they or their loved ones will be deported. Quite frankly, cooperating with ICE at this time makes our city less safe because it makes undocumented individuals fearful of coming forward to report crimes or testify in criminal cases. That’s simply unacceptable,” said Krasner in a press release.

Juntos, the New Sanctuary Movement, and other immigrants rights organizations, along with the Occupy ICE movement that has coalesced within the past two weeks, have been calling for Mayor Jim Kenney and other city officials to end ICE’s access to the PARS database by refusing to ratify the contract when it is up for renewal on Aug. 31.

On Monday, Kenney met with Juntos members, as well as protesters from the Occupy ICE movement that Juntos had invited to attend, as part of a meeting that had been planned for several weeks between the immigrant rights organization and the Office of Immigrant Affairs to discuss PARS. Kenney told WHYY on July 6 that he has not yet decided on whether or not to renew the city’s contract with ICE for PARS, citing concern for potential backlash in the form of to incite appeals to a recent federal court decision which ruled that the Department of Justice’s move to withhold federal criminal justice grants from Philadelphia due to the city’s “welcoming” policies was unconstitutional.

Meanwhile, activists and protesters participating in and organizing the Occupy ICE PHL encampment at City Hall met Tuesday evening at the Friends Center on Cherry Street — close to where the movement began with an encampment outside of the ICE office on Eighth and Cherry streets before being razed by police on July 5.

Jed Laucharoen, one of the organizers of Occupy ICE PHL, and a member of the group Socialist Alternative, said that one of the goals for the mass meeting was to strategize for how to broaden and continue the Occupy ICE movement taking place in Philadelphia, which is also taking place in cities across the country.

Laucharoen said that the current encampment at City Hall is “a next step,” and will continue to be a focus for the Occupy Ice PHL movement, but added that “we need to talk about escalation if we’re going to try to win this thing."

That means, said Laucharoen, an effort to “really broaden this fight out, to bring in...a lot of immigrant communities [who] couldn’t take part in the occupation in the first place.”