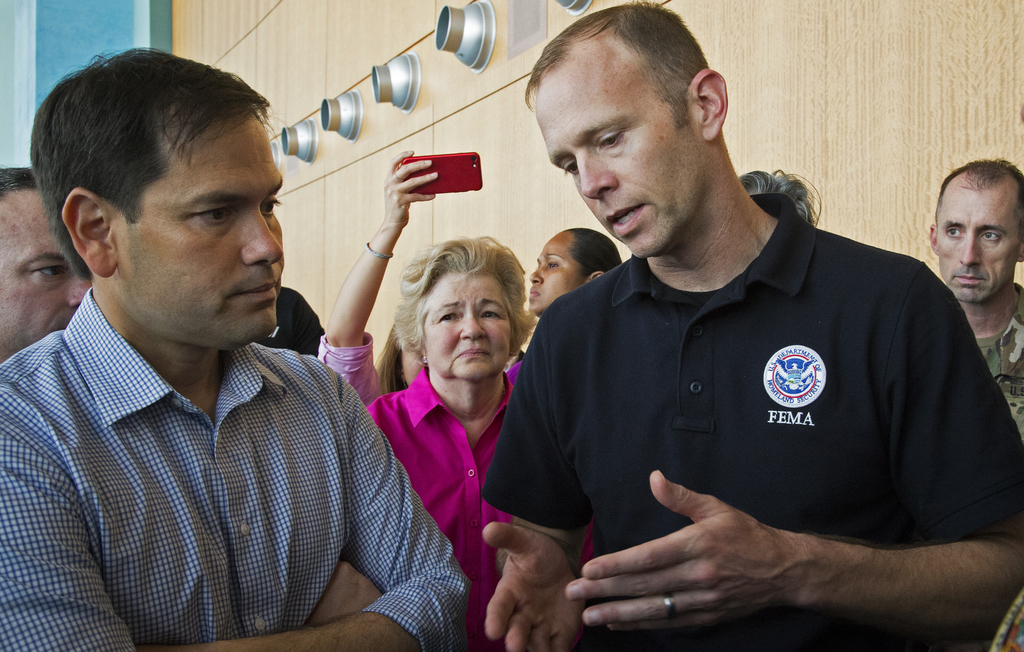 FEMA Administrator Brock Long (right) and Senator Marco Rubio (left) meet at the Convention Center in San Juan on Sep. 25, 2017, and talk about the response efforts taking place in Puerto Rico, in the aftermath of Hurricane Maria. Photo: Yuisa Rios/FEMA.

“After the devastating mismanagement of disaster recovery efforts across Puerto Rico, a mere resignation leaves us wanting,” the advocacy coalition, Power 4…

An internal report released last summer determined that the agency failed to both adequately prepare for a major hurricane on the island, and execute a competent response in the hurricane’s aftermath.

Long was also embroiled in months of controversy surrounding his use of government vehicles and personnel to travel between his North Carolina home and FEMA headquarters in Washington, D.C., according to CNN.

An investigation by the inspector general’s office found that the former agency director continued to misuse government resources in this way, even after being instructed not to do so.

“After the devastating mismanagement of disaster recovery efforts across Puerto Rico, a mere resignation leaves us wanting,” the advocacy coalition, Power 4 Puerto Rico, said in a press release.

“FEMA's response to Hurricane Maria was a failure under the watch of Brock Long and President Donald Trump. We continue to support the creation of an investigative commission as proposed by Representative Nydia Velázquez to learn the full truth of what went wrong in the government’s response.”

“Over the last two years, Administrator Long has admirably led the men and women of FEMA during very difficult, historic and complex times,” Nielsen said in a statement. “Under Brock’s leadership, FEMA has successfully supported State and Territory-led efforts to respond and recover from six major hurricanes, 5 historic wildfires and dozens of other serious emergencies.”