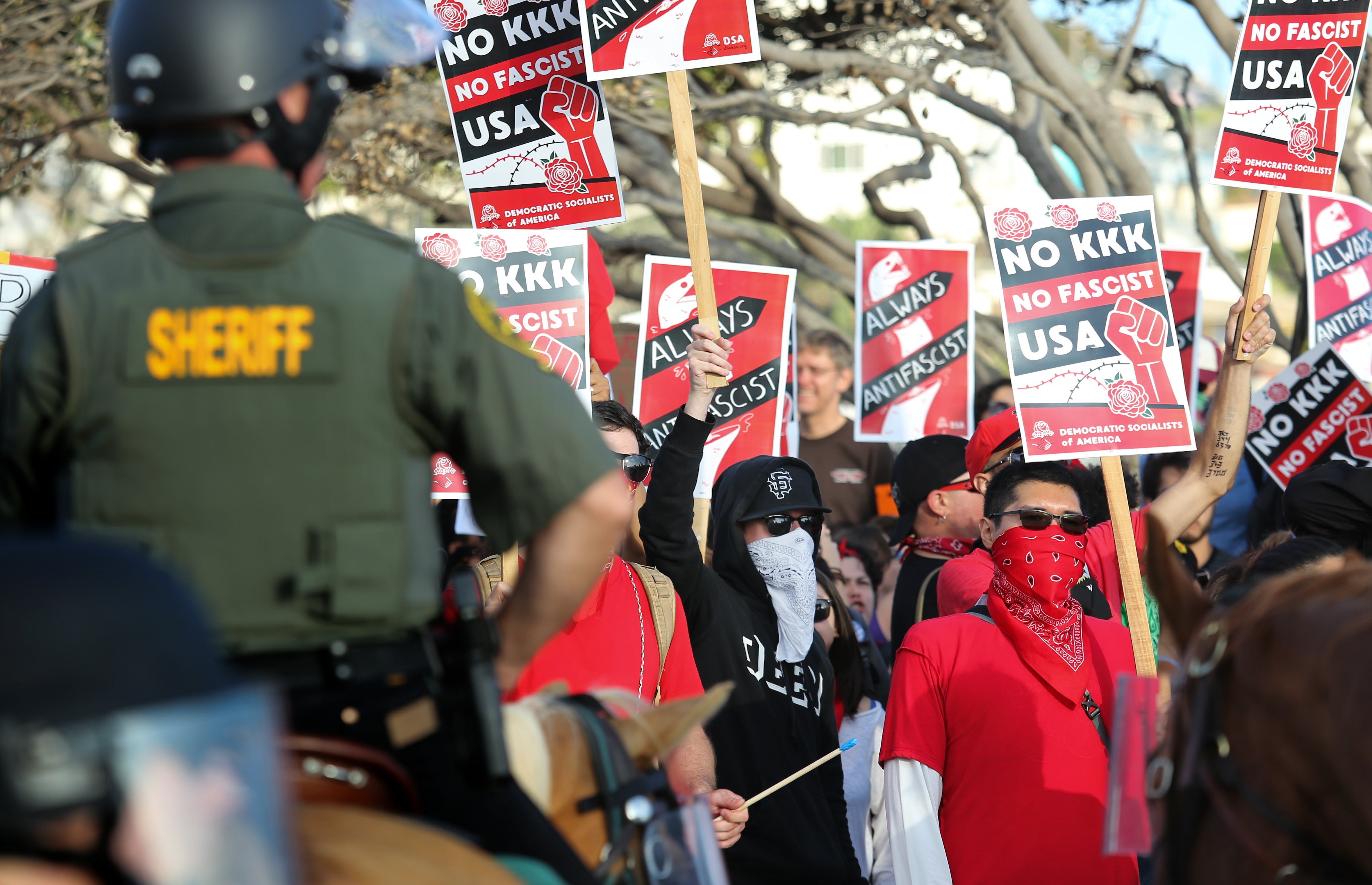 Concerns surrounding the right-wing hate groups that anti-fascist activists expect to show up appear to be driving large numbers of counter-protesters.

As Philadelphia braces for a right-wing demonstration this weekend, anti-fascist researchers and activists are preparing to combat what they expect to be an influx of hate in the city.

The ‘We the People Rally’, which will be held near Independence Mall at 11 a.m. on Saturday, Nov. 17, has been organized by Sports, Beer & Politics, a group that describes itself on Facebook as “a community of Patriotic American Citizens and US Military Veterans” that seeks to “expose the corruption of our government and the mainstream media, as well as laugh at snowflakes while talking sports over some beers.”

Philadelphia-based anti-fascist researcher and activist Daryle Lamont Jenkins told AL DÍA that, despite what he views as a weakened far-right movement, he expects a large number of both protesters and counter-protesters.

“What I will say about this rally is that there’s a lot of attention being drawn to it, not just from our side, but from their side as well. I think that there’s going to be a huge turnout for this one,” Jenkins said.

“There was more of a strength to them maybe just a few years ago, but I think, ironically, with the Trump election and the eventual things that happened in Charlottesville, and them basically showing themselves to be who they are, they’ve lost a lot of ground,” he continued.

Jenkins is the founder of One People’s Project, an organization that has monitored right-wing activity in the country since 2000. He has been tracking such activity himself for 30 years.

“Pay very close attention about these various groups and individuals that are bringing these hate politics to our city, because the truth of the matter is the rally will end after a few hours and they will go back to their homes, and to their professions, and to their lives, and they might be teaching your kids, they might be your cop, and if they’re not, they want to be,” he said.

There has already been a success on this front. As reported by Philadelphia Magazine, on Wednesday, Comcast fired one planned demonstrator and alleged member of the Proud Boys, a Southern Poverty Law Center-designated hate group, after receiving pressure from an online petition started by the nonprofit organization, Media Mobilizing Project.

One of this Saturday’s rally organizers, Zach Rehl, said that he is not aware of any Proud Boys or other hate groups attending. He further insists that no violence will be tolerated this weekend and that concerns about it are overblown.

“If anybody thinks that they can come to our rally and use it as a platform to display hate or bigotry, they have the wrong idea for what our rally is all about,” Rehl told AL DÍA.

“The concern is propaganda from the left and Antifa,” he continued. “We just want to have a pro-Constitution rally - honor our Constitution, honor the country, and honor the president.”

According to the Southern Poverty Law Center, Rehl has organized rallies that have attracted alt-right figures, and has been documented with members of the Fraternal Order of Alt-Knights, described as the “tactical defense arm” of the Proud Boys.

“A lot of the stuff online is being misconstrued. I’ve pretty much had my name dragged through the dirt. This is not a hateful rally, this is not a rally against any type group, or anything. It’s literally just a constitutional rally for us, for everybody,” Rehl said.

Meanwhile, anti-fascist groups have been busy organizing their counter-protest actions for the weekend. An online petition with more than 900 signatures and counting, started by Philadelphia International Action Center and Workers World Party, is demanding that the city government and National Park Service revoke the permits issued for the demonstration.

“It kills us.” Philly’s Latinx artists cope with lost incomes and voices amid arts and culture cuts
May 14th, 2020
Mayor Jim Kenney, City Council lay out plans for 2020 and beyond at inauguration
January 6th, 2020
Philly wins major court ruling on immigration
February 15th, 2019

In addition, the anti-fascist PushBack Campaign has organized Facebook events to gather counter-protesters in advance of the rally.

The fervent opposition has other far-right and neo-Nazi organizations urging this protest not to proceed, according to Jenkins, who noted that “Philadelphia is ground zero for Antifa and other progressive groups.”

“It’s not worth trying to fight us, they say. The militia groups in particular that went to Charlottesville are warning their people, and their supporters, to stay away from this rally in Philly,” Jenkins said.

In response to online calls for a statement regarding the planned demonstration, Philadelphia Mayor Jim Kenney sought to assure his constituents that hate is against the city’s values, and that police will be working hard to maintain security throughout the day.

This is scheduled on federal land, so permits go through @IndependenceNHP. For our part, hate is against Philly's values; people have speech rights but NOT a right to be violent or threatening. Police do and will work hard to maintain safety, including for any counter-protesters.

As anti-fascist groups prepare to stand up to the demonstrators on Saturday, Jenkins advises people not to buy into right-wing media’s narrative casting the counter-protesters in a negative light.

“To them, you should be considered a terrorist and a threat to society if you are anti-fascist, or believe that black lives matter. Do not take that seriously,” he said.

“The right has their narrative about everything. Whether or not it’s true or false doesn’t matter so long as they’re able to promote it. I think it was Nietzsche that said, ‘if you tell yourself a lie loud enough and long enough, eventually people will believe it.’”

Jenkins has a broad definition of Antifa, one that goes beyond the masked protesters clad in all black one often sees depicted on TV.

“In the grandest scheme of things, if you are against fascism you are Antifa,” he said.