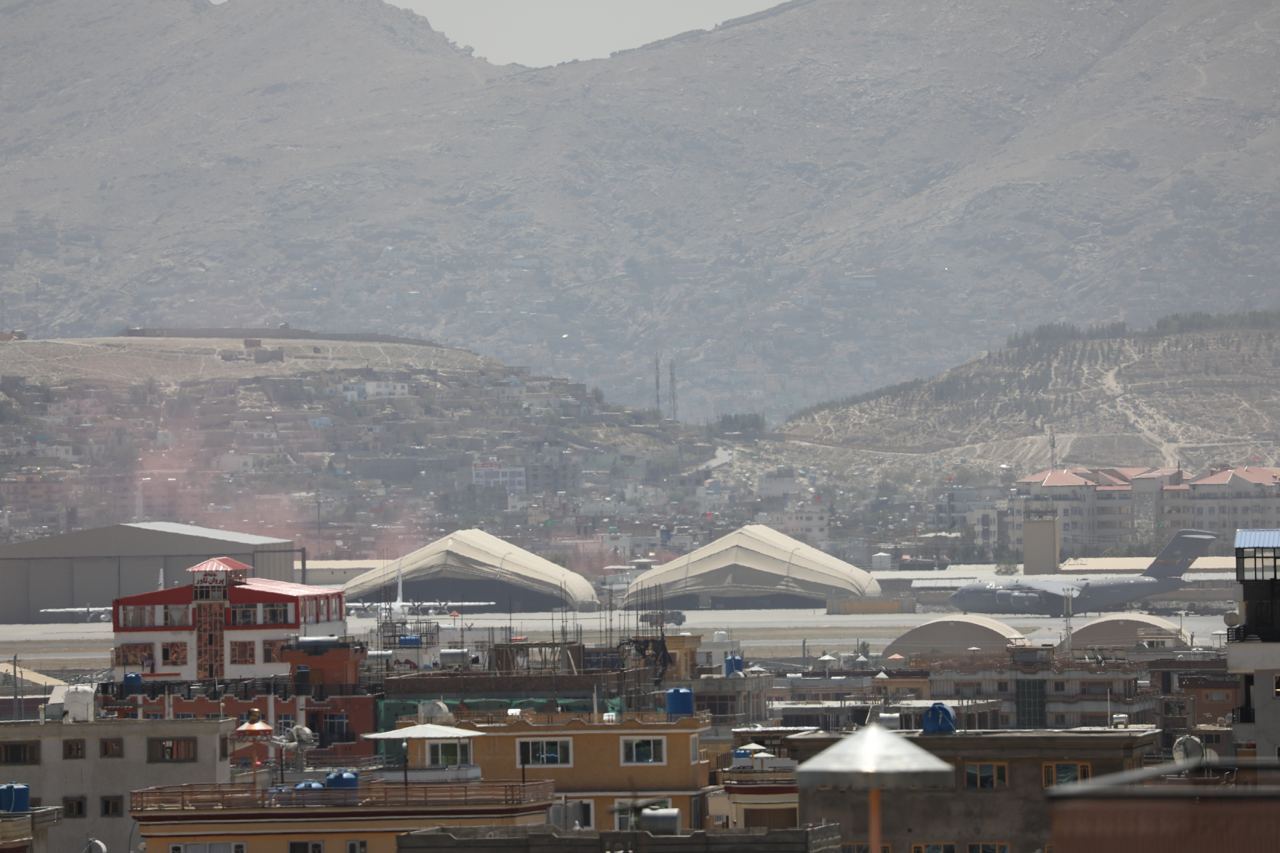 A general view of the area after two explosions reported outside Hamid Karzai International Airport, the center of evacuation efforts from Afghanistan since the Taliban took over in Kabul, Afghanistan on August 26, 2021. Photo: Haroon Sabawoon/Anadolu…

Early reports recorded two blasts outside the airport complex, with 13 casualties so far.

As first reported by The Washington Post, two separate blasts occurred outside Kabul's Hamid Karzai airport on Thursday, Aug. 26, as thousands remain at the complex waiting on evacuating flights provided by the U.S. and other international partners.

One blast happened outside of the airport’s Abbey gate, and the other occurred in front of the nearby Baron Hotel. So far, 13 casualties have been reported from the blasts by the Taliban and there are Americans among them. Both attacks have also been reported to be carried out by suicide bombers.

For U.S. officials, the possibility of a terrorist attack on the Kabul airport has grown ever since it became a site of great desperation, as Afghans and others flee the incoming Taliban government.

In the weeks since the Taliban’s capture of the Afghan capital, thousands have flooded the airport and its runways in hopes of getting space on one of the evacuation flights leaving daily.

President Joe Biden has set a hard deadline of Aug. 31 as the day all American forces will be out of Afghanistan, and the Taliban has threatened consequences should U.S. presence be extended beyond the date.

The White House said the U.S. has evacuated approximately 95,700 people since the crush at the airport began. A report from the New York Times from Wednesday, Aug. 25 also put the number of Americans left in Afghanistan at 1,500.

However beyond the Americans, there are still countless Afghan collaborators pushing for evacuation over fear of Taliban retaliation.

With the attacks, the evacuation effort could be up in the air, especially given early reports in the aftermath that say some Americans are among the casualties.

In addition to fears from U.S. officials that the Taliban could renege on its agreement to keep the peace at the airport, the Post also reported concerns over attacks potentially launched by the nearby ISIS affiliate, also known as ISIS-K.

While not as large as other ISIS affiliates in the Sinai Peninsula or other parts of the Middle East, the group based in the Khorasan Province is known to be violent and has upped its attacks on Afghan government forces over the past year.

ISIS-K is also a sworn enemy of both the U.S. and the Taliban, and it is yet to be seen how the latter will deal with the militant group following its takeover of Afghanistan.

The evacuation effort was also potentially muddied prior to the attack given many international partners started to back out as a result of the potential terroristic threat.

Both the U.S. and international partners had also warned those at the airport gates to vacate over the potential threat.

It is no longer a potential threat, but a very real one.